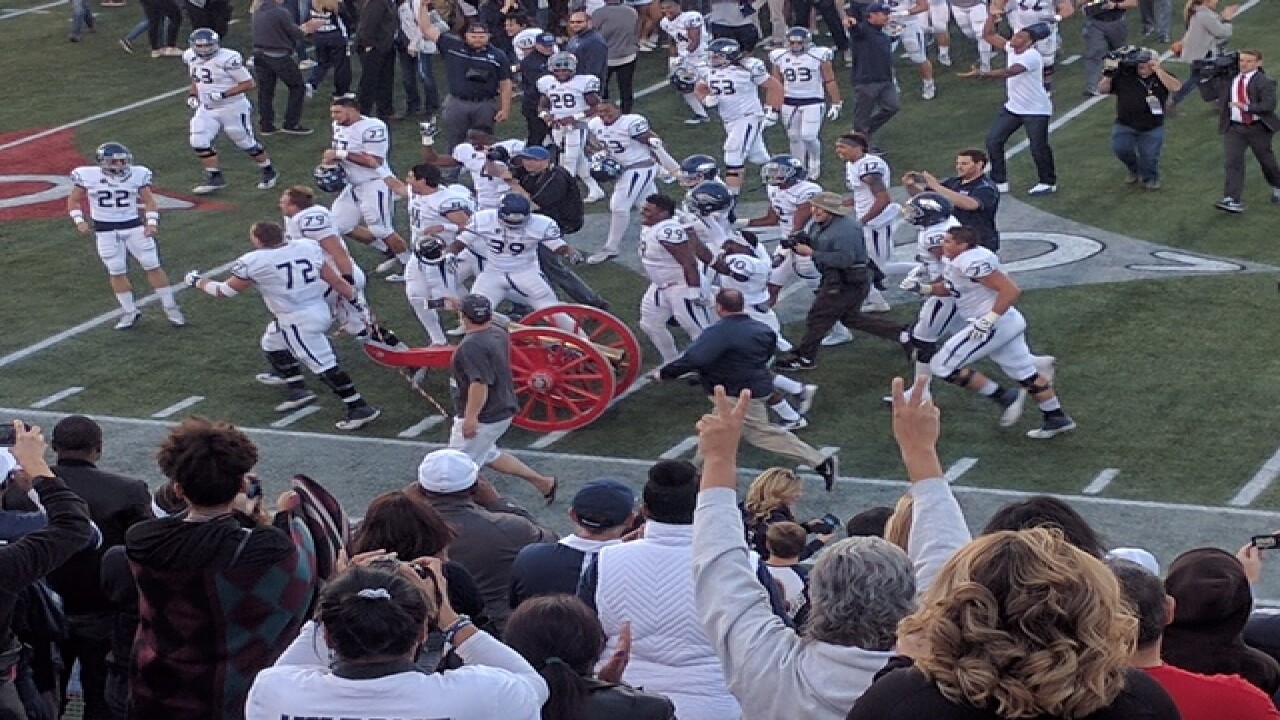 LAS VEGAS (KTNV) — The time has been announced for UNLV's first game at Allegiant Stadium.

The Rebels will face the Wolf Pack in the Battle for the Fremont Cannon, which will be played on the anniversary of Nevada becoming the 36th state to join the union.

The game will be broadcast by FS1.