Floyd Mayweather fighting Conor McGregor on August 26 is the talk of not only the town, but the entire sports world. All eyes will be on Las Vegas during the week leading up to their fight and one business is trying to capitalize on the influx of people. 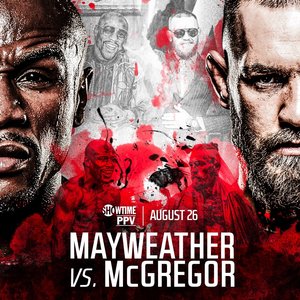 Las Vegas-area brothel and resort Sheri’s Ranch is offering big-ticket fans the “Package of the Century” the weekend of August 26.

For a modest $100,000 per person, Sheri’s Ranch will provide two tickets to the August 26 Mayweather-McGregor at T-Mobile Arena, roundtrip airfare to Las Vegas (from the continental United States only), car service from the airport to Sheri’s Ranch, and then to the fight and back, a weekend’s lodging in Sheri’s Ranch’s finest accommodations, and the opportunity to enjoy quality time with all 24 ladies on the premises.

Honestly, did you expect anything less from Sheri's Ranch for an event being tabbed "The Money Fight?"

“The Mayweather-McGregor bout is a big deal for Las Vegas tourism, and will certainly bring in more customers than usual,” said Sheri’s Ranch’s owner Chuck Lee. “But for fight fans who want to experience the very best hedonism this city has to offer, it doesn’t get any better than the ‘Package of the Century’.”

Sheri’s Ranch’s owner Chuck Lee is happy to provide that once in a lifetime experience to a few lucky fight fans – for the right price.

“We are always looking to create a memory for our customers that will last a lifetime,”  says Lee.