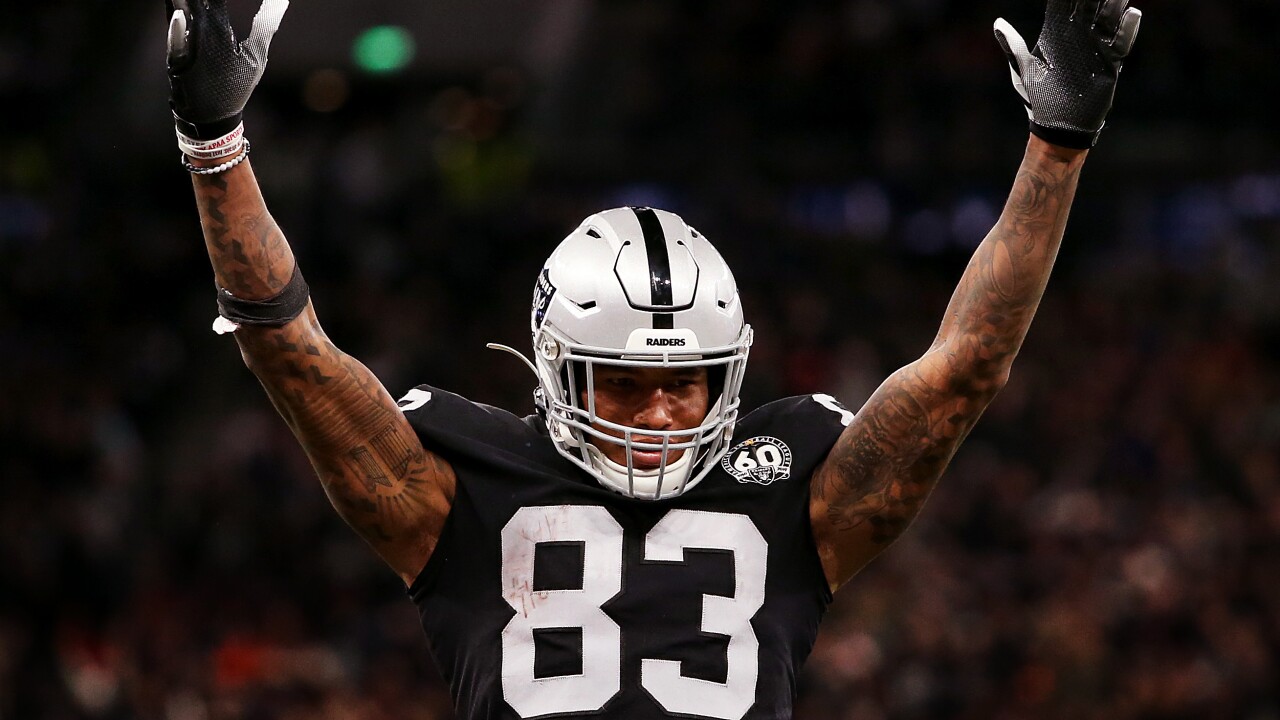 Waller, a 6-foot-6, 255-pound tight end originally drafted by the Baltimore Ravens in the sixth round (204th overall) of the 2015 NFL Draft, is in his first full season with the Silver and Black after signing to the team’s active roster from the Ravens’ practice squad ahead of Week 13 in 2018.

Waller has appeared in 27 contests and made nine starts since entering the NFL, logging 55 receptions for 537 yards and two touchdowns in addition to two rushing attempts for 28 yards.

Now in his fifth year in the league, the athletic tight end has started all five contests for the Raiders in 2019 and leads the club in receptions (37), first-down receptions (17) and receiving yards (359), all of which mark career highs.

His 37 receptions and 88.1 reception percentage both rank second in the NFL among all tight ends this year, while his 2019 campaign has been highlighted by a Week 3 performance in which he posted the second-most receptions (13) in a game by a player in franchise history. Waller’s 13 receptions in Week 3 are also the most by a tight end in a single game this season.

A native of Landover, Md., Waller played four years (2011-14) at Georgia Tech, appearing in 50 contests and making 22 starts for the program. He compiled 51 receptions for 971 yards, adding nine scores during his time with the Yellow Jackets.