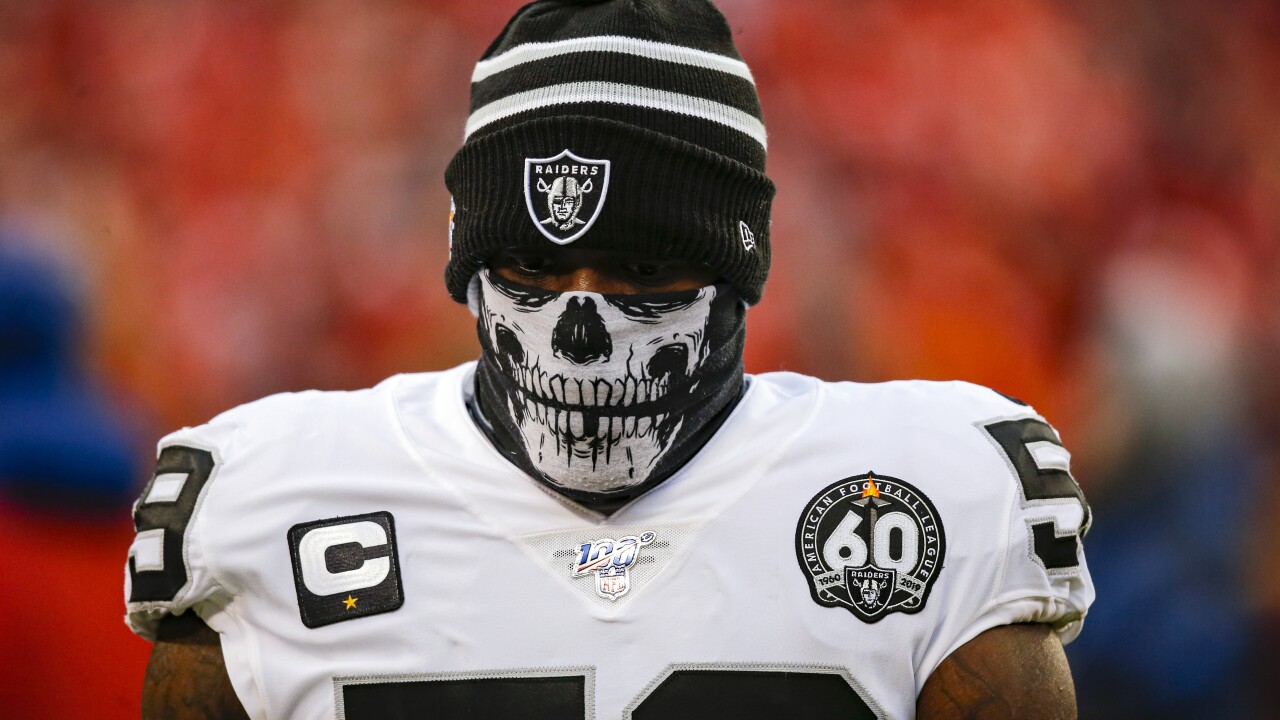 LAS VEGAS (KTNV) — The National Football League revealed the 32 nominees for the Walter Payton NFL Man of the Year Award Thursday, with the Raiders nominating Tahir Whitehead for the honor.

The Walter Payton NFL Man of the Year Award recognizes an NFL player for outstanding community service activities off the field, as well as excellence on the field. First established in 1970, the national award was renamed in 1999 after the late Hall of Fame Chicago Bears running back Walter Payton.

Each NFL team nominated one player for the honor, with each receiving a donation of up to $50,000 in their name to their charity of choice. The winner of the Walter Payton NFL Man of the Year award will receive a $250,000 donation to the charity of their choice. All donations are courtesy of the NFL Foundation and Nationwide.

Whitehead is in his second season with the Raiders after spending his first six years with the Detroit Lions and leads the Raiders in tackles so far in 2019.

For the second straight year, Whitehead led a group of Raiders in a visit to UCSF Benioff Children’s Hospital Oakland to help deliver toys for the holiday season and made bedside visits to see patients. To support homeless vets, Whitehead hosted a 5K run/walk the week of Veterans Day around Oakland’s Lake Merritt, with all proceeds going to the Back on My Feet Foundation. He is also partnering with the Fam 1st Family Foundation to take underprivileged kids on a holiday shopping spree.

The 2019 Walter Payton NFL Man of the Year will be announced during NFL Honors, a two-hour primetime awards special to air nationally on Feb. 1, the eve of Super Bowl LIV. NFL Honors will be at the Adrienne Arsht Center in downtown Miami.