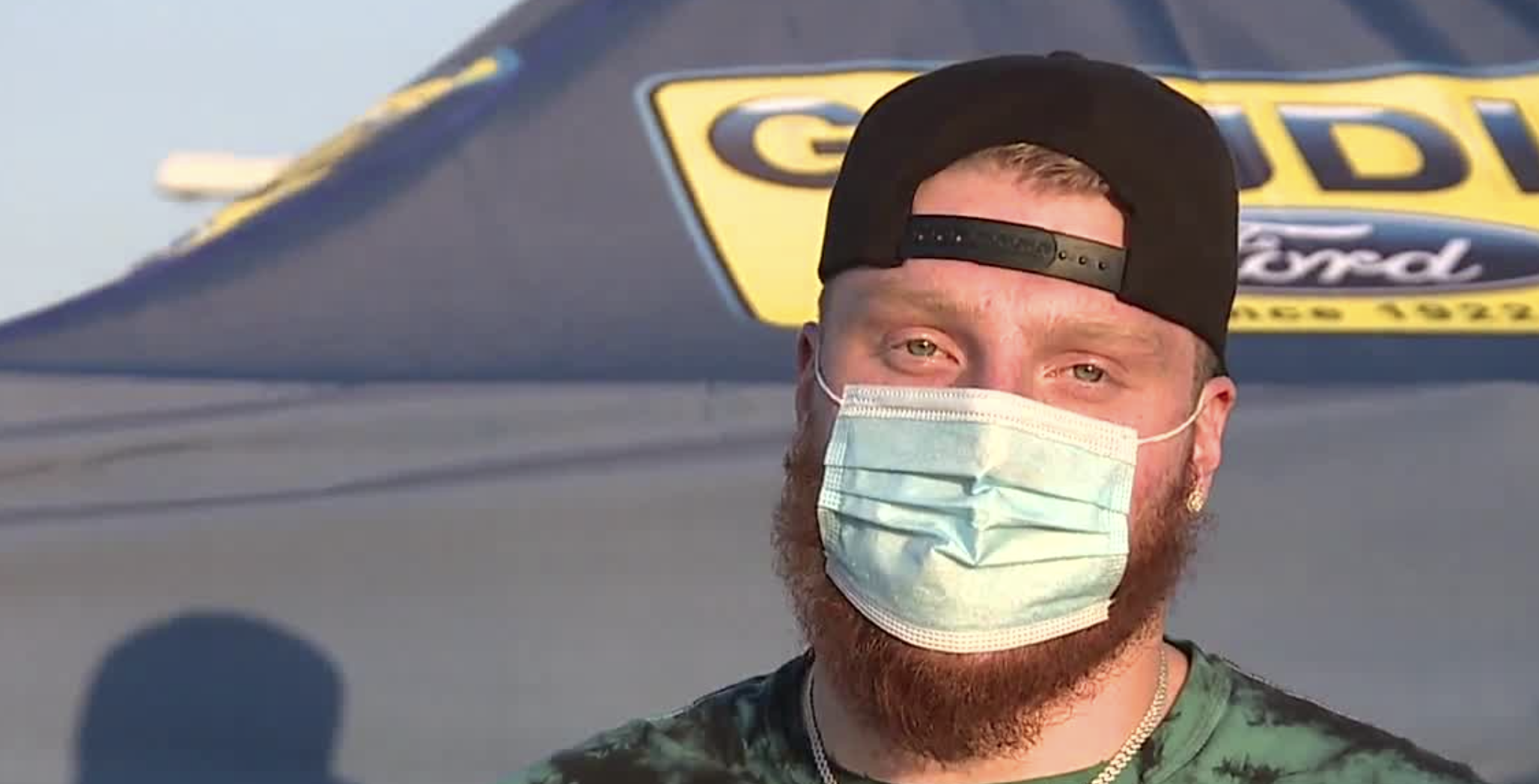 At a recent fundraiser, 13 Action News spoke with Raiders' defensive end Maxx Crosby about the team's big win over the Saints on Monday night, what the fan support outside the stadium meant to the team, and why it was so important for him to partner with the nonprofit, Noah's Animal House. 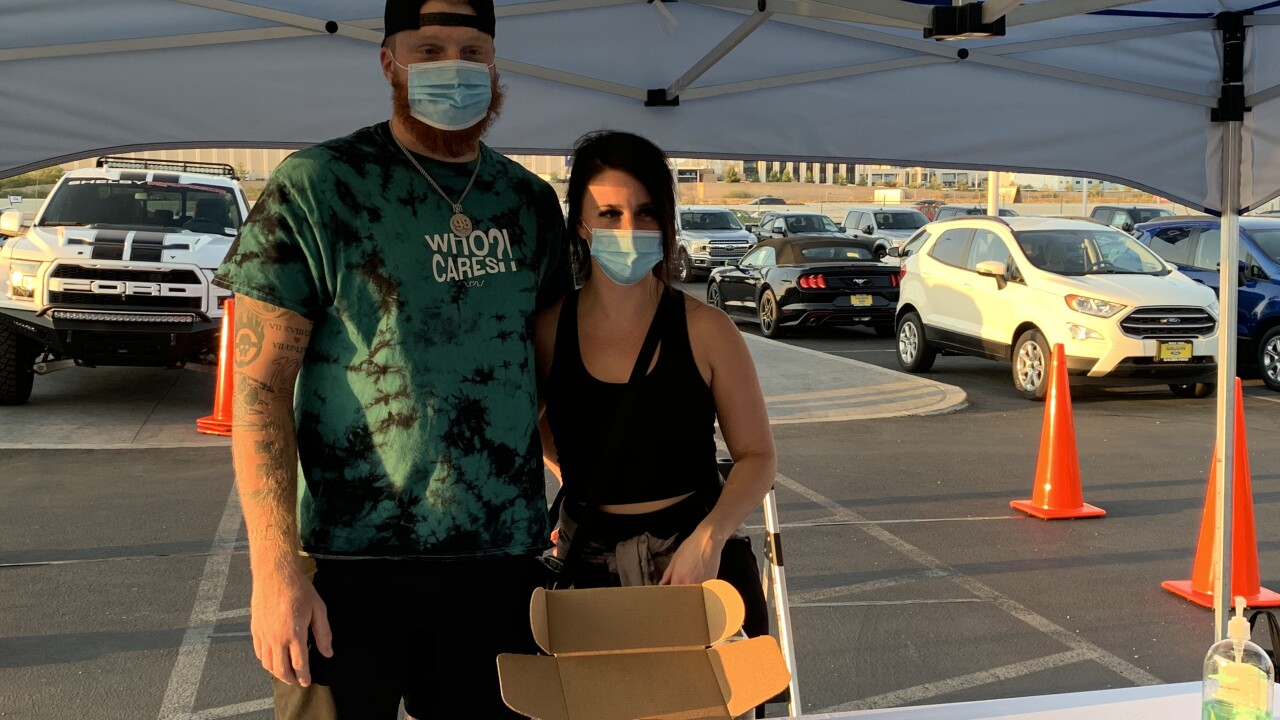 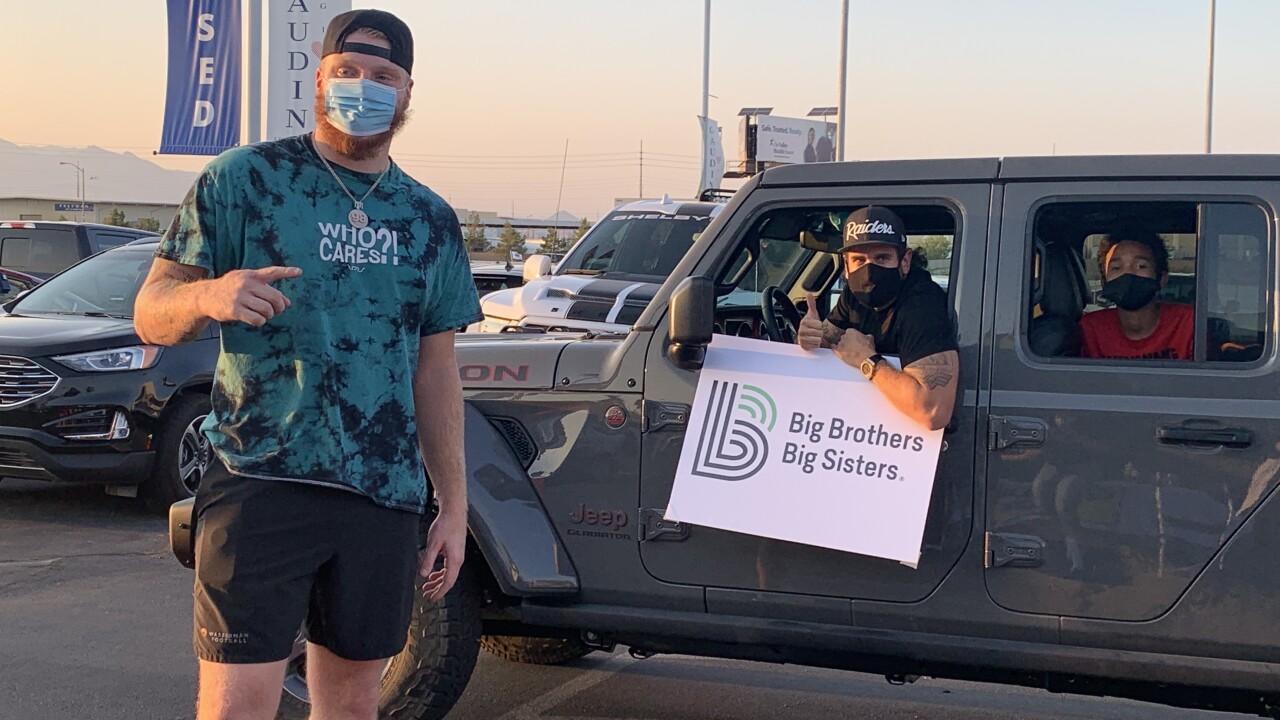 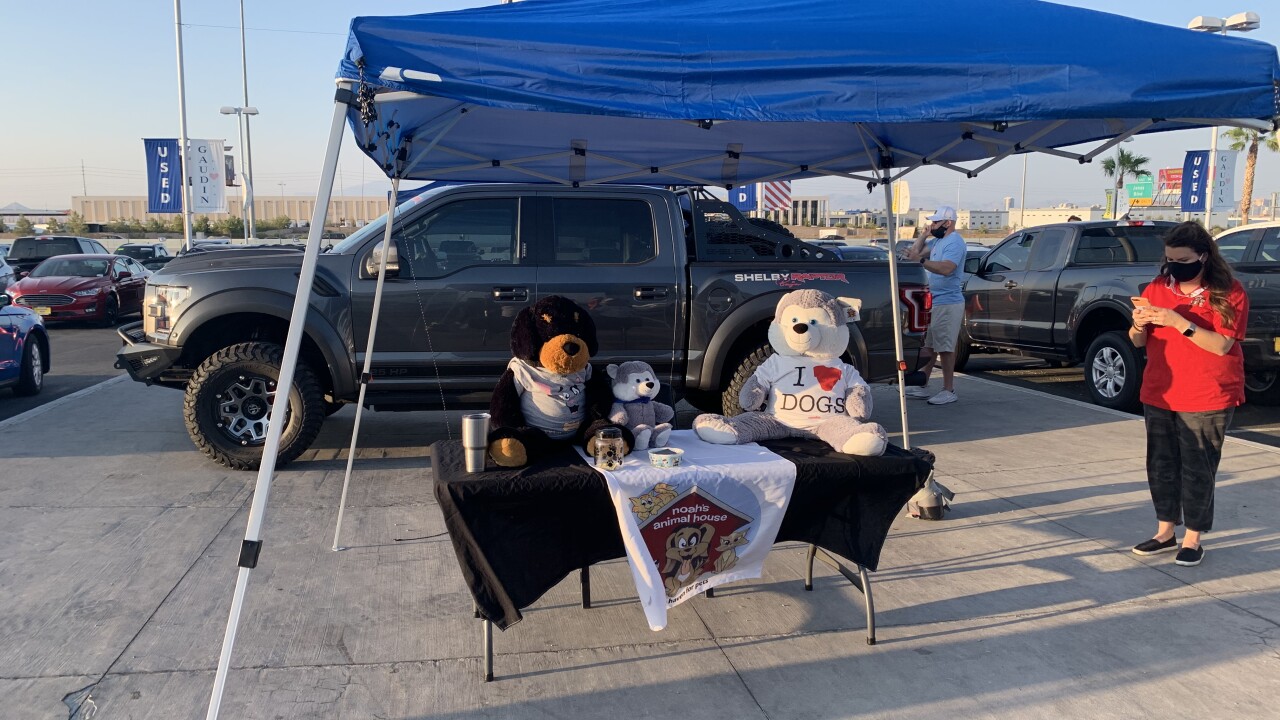 LAS VEGAS (KTNV) — Las Vegas Raiders defensive end Maxx Crosby is a budding superstar on the football field and in the southern Nevada community. On Tuesday, Gaudin Ford hosted the first ever Drive-Thru Meet & Greet with Crosby to benefit the nonprofit, Noah's Animal House, which provides shelter for the animals of domestic violence victims so survivors can keep their pets by their side while they stay in the safety of a shelter.

For two hours on Tuesday night, guests drove through the parking lot at Gaudin Ford, dropping off pet supply donations in exchange for an autographed picture of Crosby and a socially-distanced selfie with the Raiders star.

13 Action News spoke briefly with Crosby, who reflected on the team's big win over the Saints on Monday night, what the fan support outside the stadium meant to the team, and why it was so important for him to partner with Noah's Animal House.

"It was a huge win. It’s a great start, starting 2-0. And the energy in the building, I think as a team, we came together and we knew what we had to bring to the table. Last week in Carolina, we really didn’t know what to expect having no fans. So, we knew we had to bring our energy. I thought we did a good job. We got the win, so it’s big-time," said Crosby.

"It’s a big deal. The Raiders fans, they traveling no other. Just today, you see all these people that are coming by to show support. So, the Raiders have the best fans in the world. We know they’re outside. You know they’re going crazy. In the city of Vegas, you know they want to see a winner. So, work cited. It’s a good start, but we just got to keep building off of it," said Crosby.

"Me being a dog guy, I felt like it was only right. I’ve got three dogs of mine. I got two rescues. So, teaming up with them seems like a perfect fit. So, we’re out here doing it for a great cause and we’re excited to raise some awareness," said Crosby.