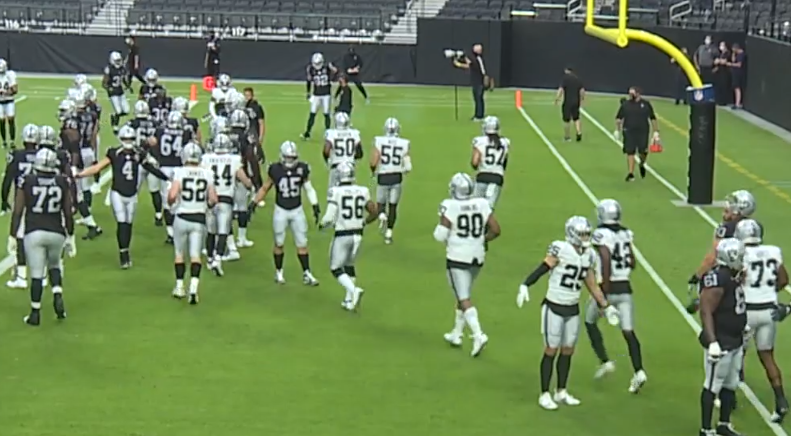 LAS VEGAS (KTNV) — Sunday is the start of a new era as the Raiders are ready to play their first game representing Las Vegas.

The Raiders legend shared what he expects from the team during the inaugural season in Vegas.

“ L. A. was the opposite of Oakland. There are not too many places like little ole' Oakland. And so this is going to be a similar move. Las Vegas is like no other city in the world, really. It’s a fun city. Sin City they call it. It should be a pretty good transition,” said Flores.

Flores says he expects to see some changes among the fan base.

“ I think they are going to have to pick up new fans because, first of all, my worry is that it won’t be as intimidating as the Colosseum was. It’s a scary place to go into because they look scary. They’re not bad people. They just look scary. It’s like Halloween every game day, but that’s the way it’s always been. The black hole will be different. There will still be a basic fan base, but every week will be different because there will be more and more of the other team’s people there, just by the nature of being in Las Vegas and having the support of all the casinos and hotels,” said Flores.

Flores says he's most excited to see the brand new Allegiant Stadium and to see which young players on this team mature into true pros.

“ I’m looking forward to seeing the stadium because I haven’t seen the stadium yet. I’ve seen it from the outside. I have not seen it from the inside and I’m just looking forward to seeing how the city of Vegas will react to the Raiders coming to town. I think they’re going to support them a lot because this is their kind of team. And I’m just excited about getting back to Football. It’s always fun to watch young kids become pros. Some will, some won’t. Some will surpass what do you think they are and some might let you down. You can’t have too many that will let you down. But it’s always a challenge. As a coach, it’s a challenge. And as a player, it’s always a challenge anytime we have a new venue in new players in town. Now, all of a sudden, you’re learning a lot faster and reacting a lot faster because of this virus that has changed the entire world and the way we do business in the entire world," said Flores.