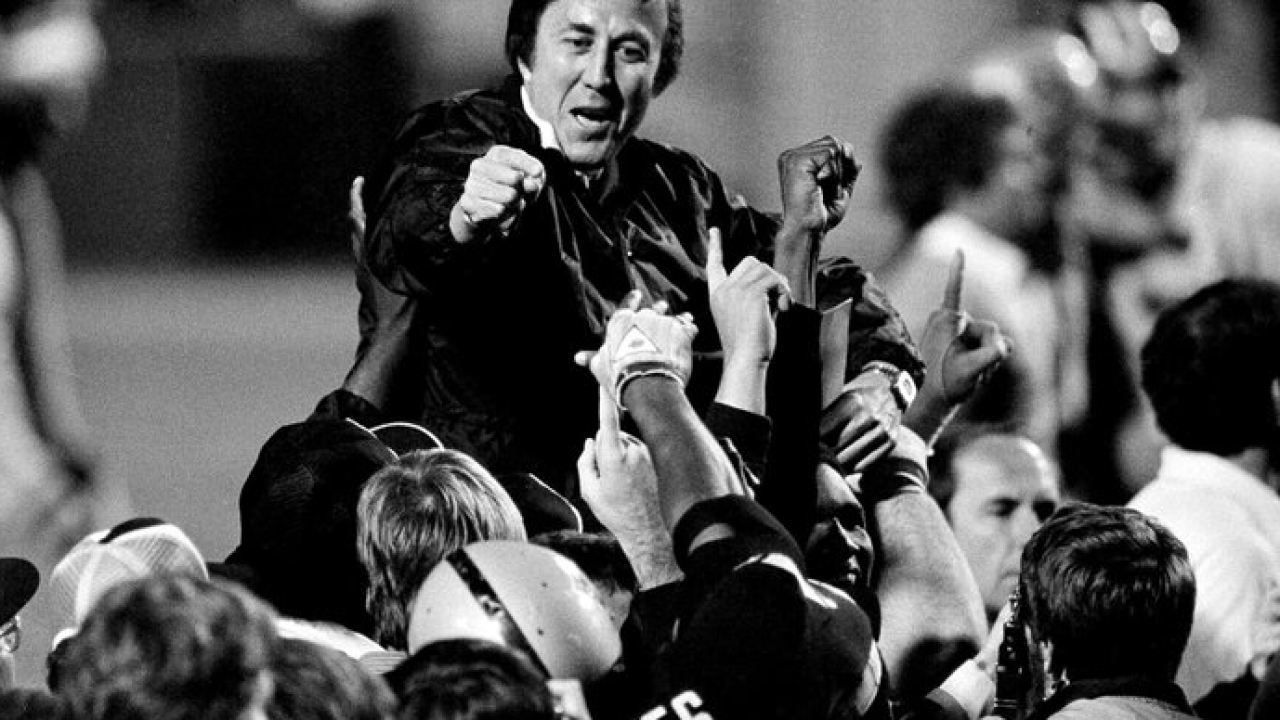 LAS VEGAS (KTNV) — Week 3 of the NFL season is here in what brings the third game of the 2020 season for the Las Vegas Raiders.

The Raiders will take on the New England Patriots and 13 Action News Anchor Ross DiMattei spoke to two-time Super Bowl-winning coach Tom Flores about the team's undefeated start to the season.

"I'm impressed. I was pretty impressed with the toughness and the grit on both sides of the ball. They still have a long way to go but overall very impressive early in the season," Flores said.

The Raiders legend also shared his thoughts on the Week 3 matchup, with who the team should be trying to focus on.

"Obviously, the guy they gotta stop is Cam Newton. And he's not throwing as much as he's running. He'll kill you with the running and in designed plays, especially in the red zone. So, you have to try to keep him in the pocket and that changes a little bit of the rush," Flores said.