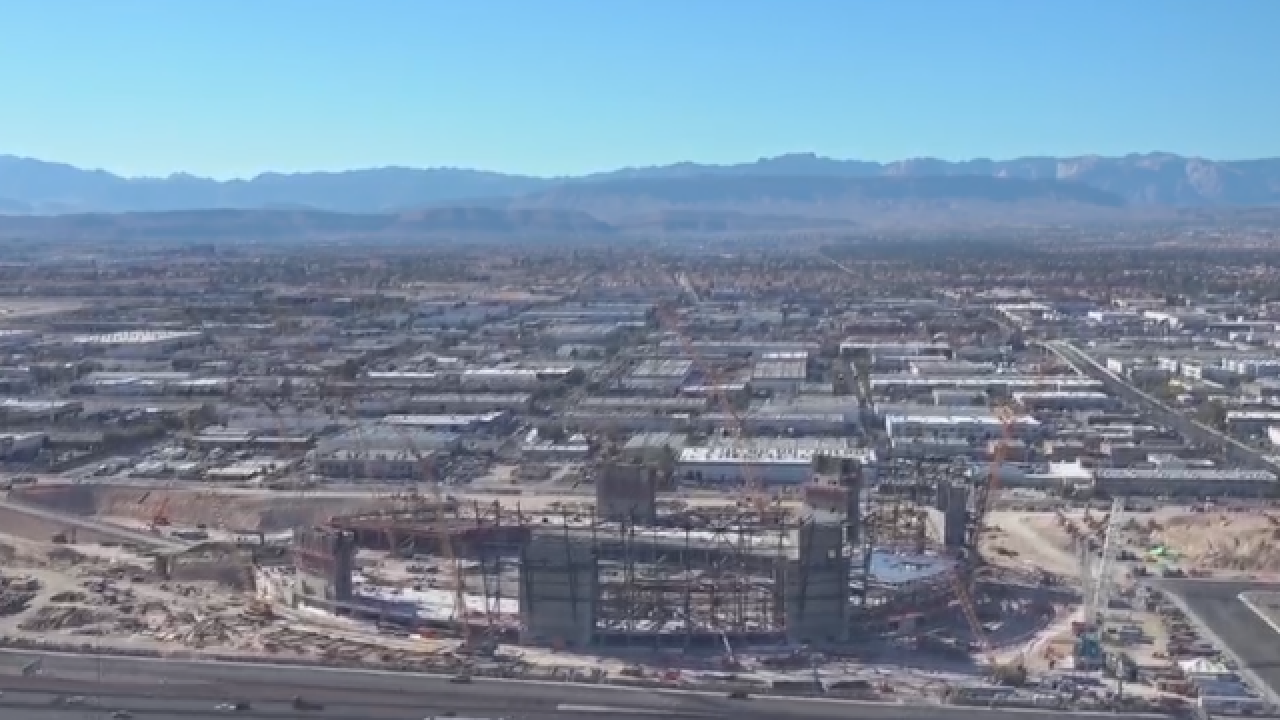 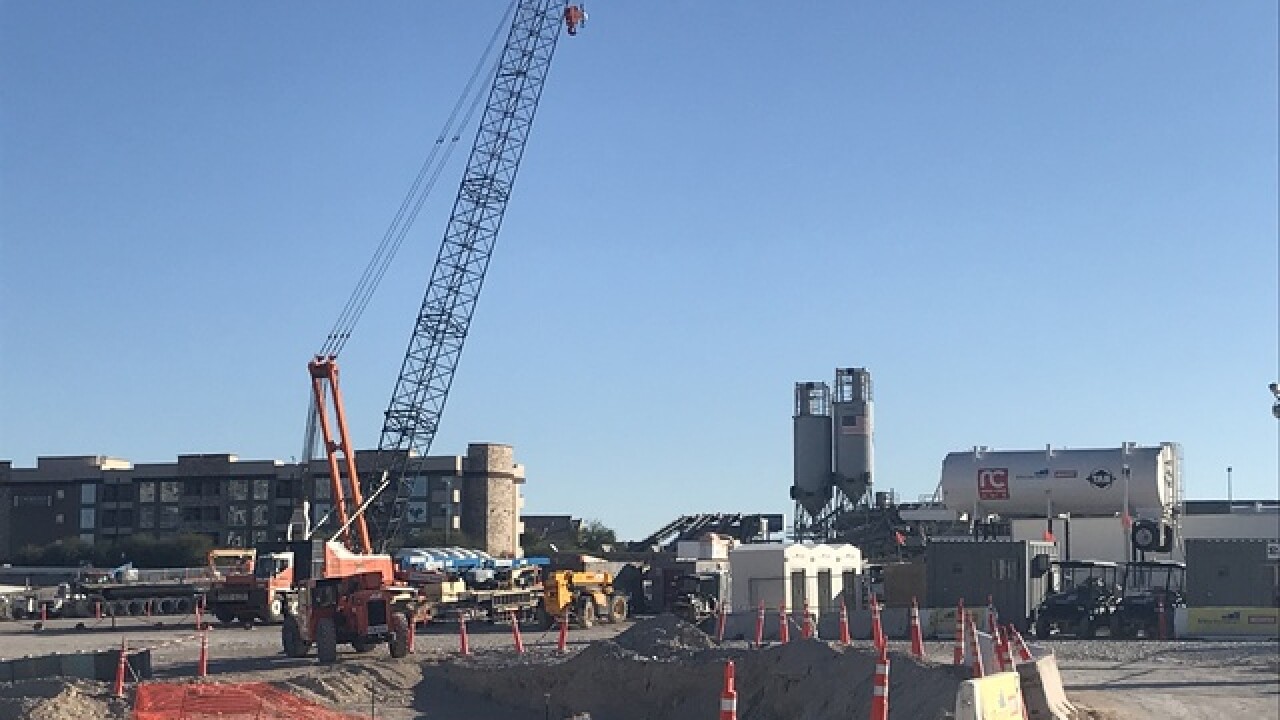 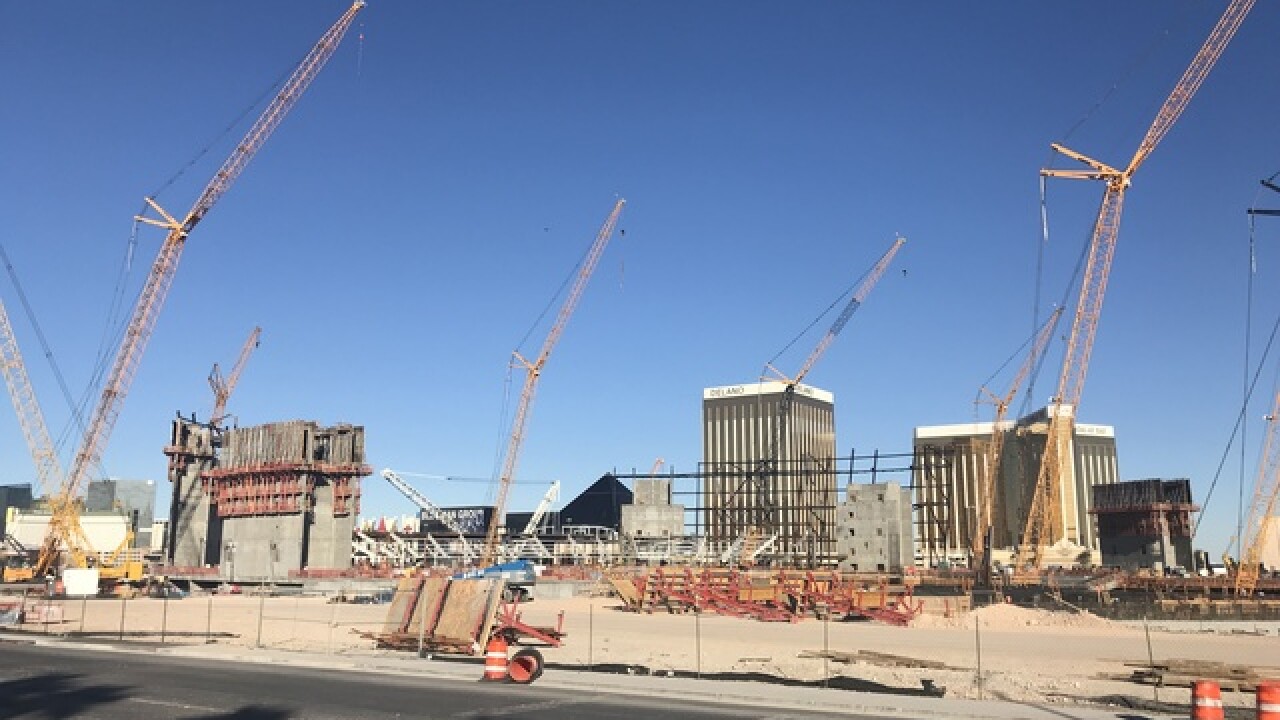 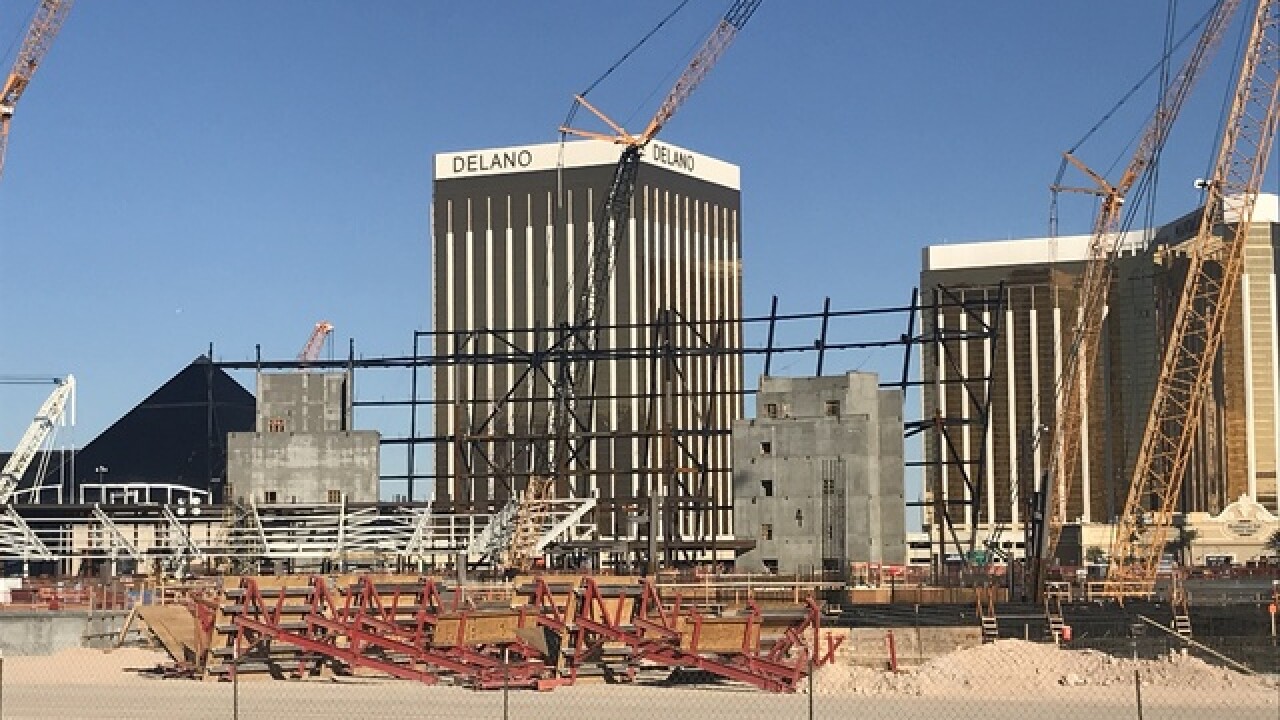 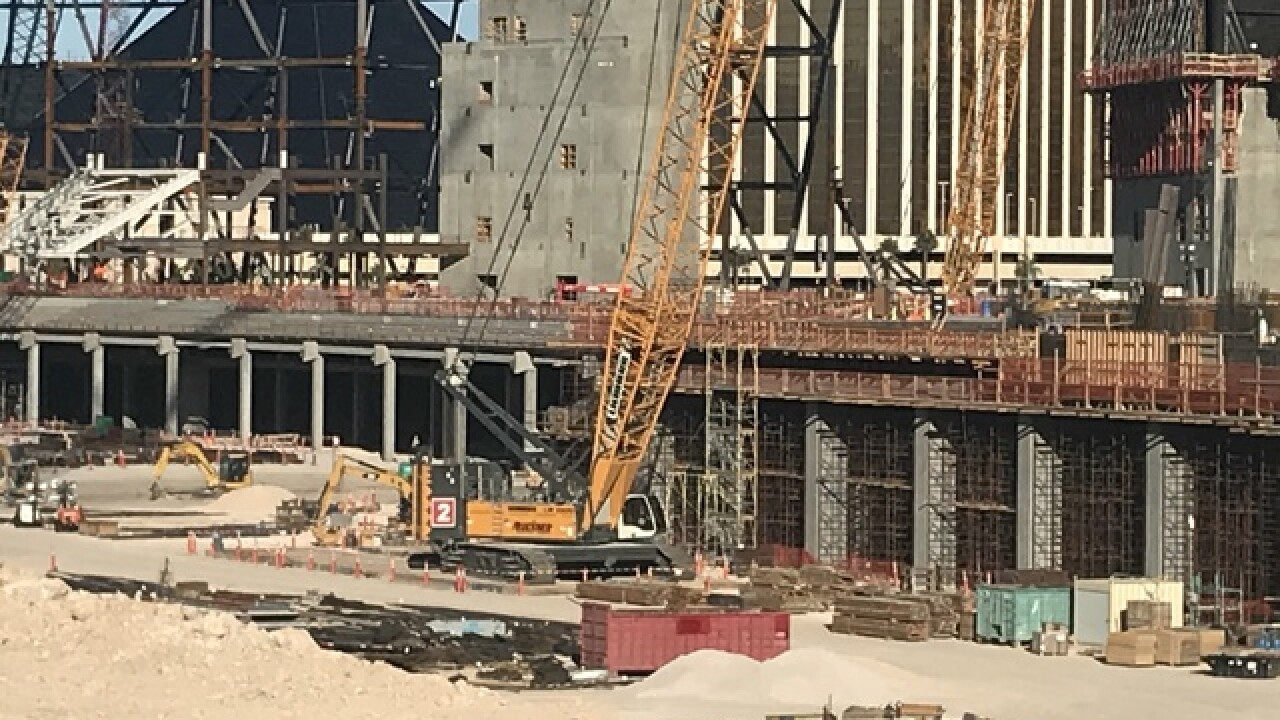 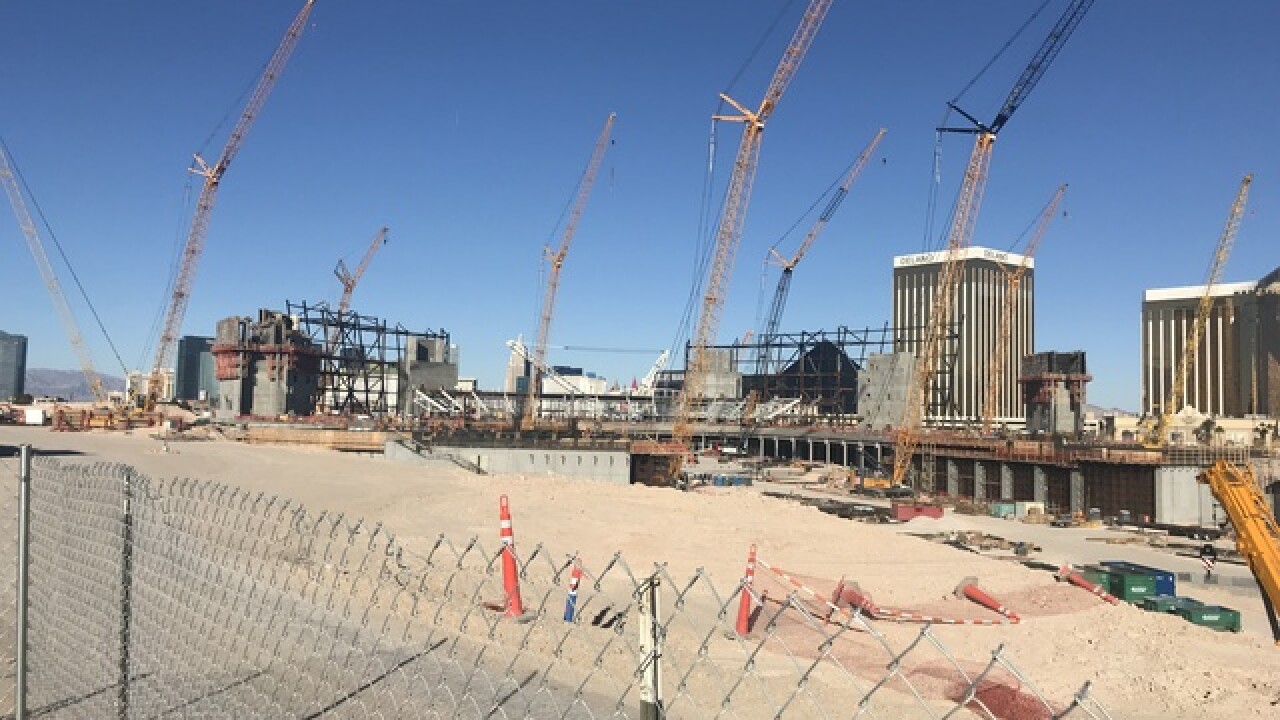 Newly released reports show the Raiders Las Vegas stadium is on time and surpassing goals when it comes to local business contracts and minority hiring.

The Las Vegas stadium that will be the new home of the NFL Oakland Raiders appears to be on track with its construction schedule.

The $1.8 billion stadium is quickly taking shape behind the Strip with the mezzanine level completed.

The 65,000-seat stadium is scheduled to be completed by July 31, 2020. It will be where the Raiders as well as the University of Nevada, Las Vegas football team will play.

According to paperwork submitted to the Las Vegas Stadium Authority, about $450 million has been spent on the project so far.

The Raiders and a construction subsidiary have contributed more than $328 million to the project.

Another $120 million has come from a less-than-1 percentage-point increase in Clark County's hotel room tax.

That spending includes 672,000 hours logged working on the project in the first year.

Documents shoe 69 percent of those hours were put in by minority and female workers well above the 38 percent goal set at the beginning of construction.

The Raiders also say they've awarded $776 million in subcontracts on the stadium with 73 percent going to Nevada-based businesses.  57 of those qualified as small businesses putting the project slightly ahead of the 15 percent goal in that respect.