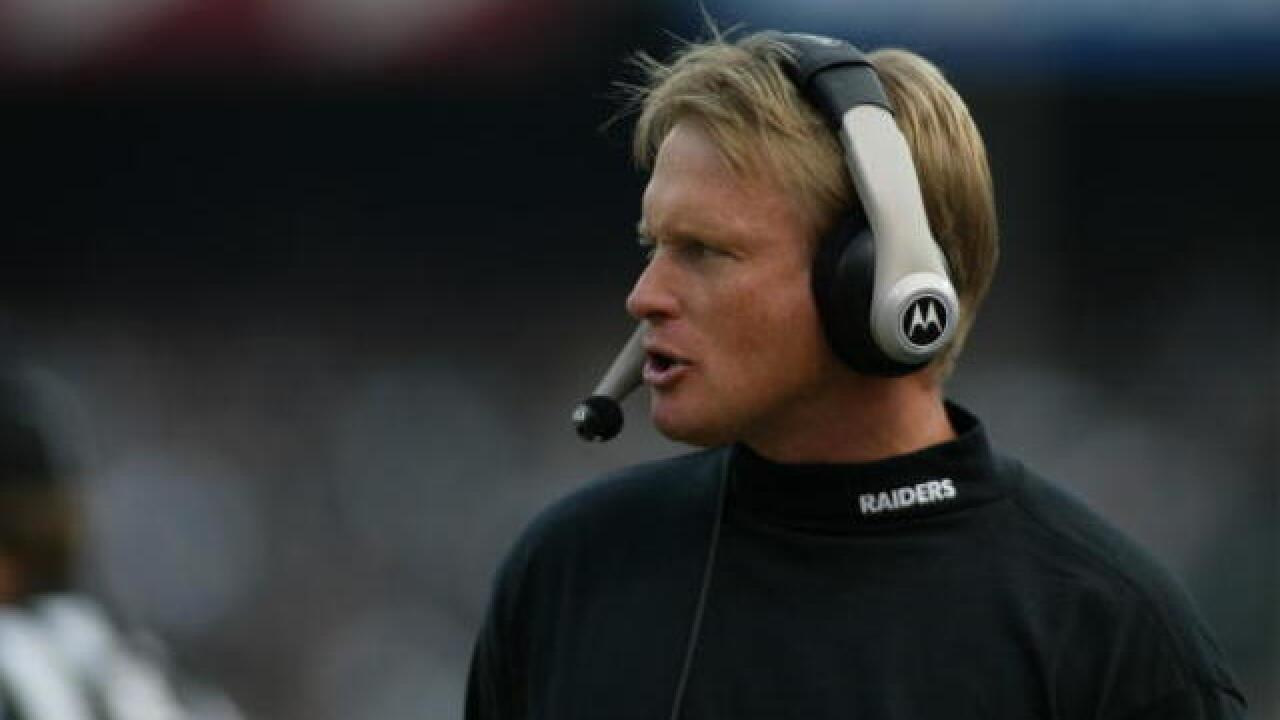 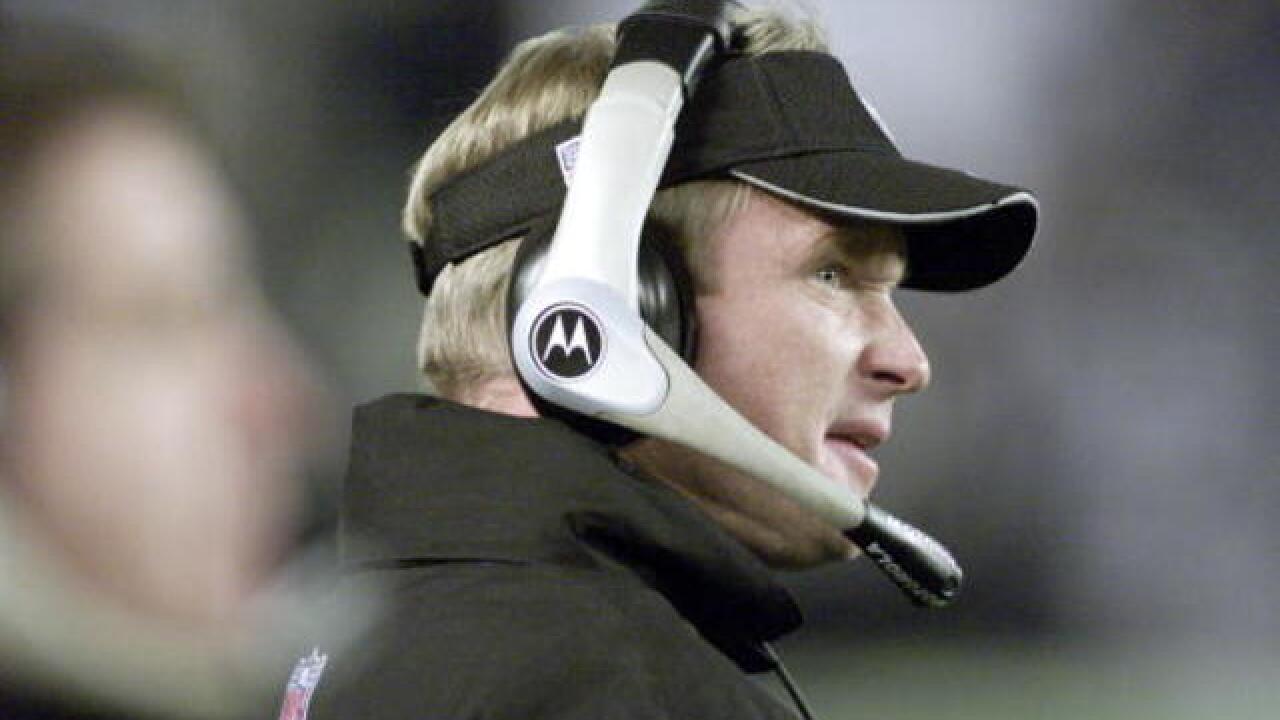 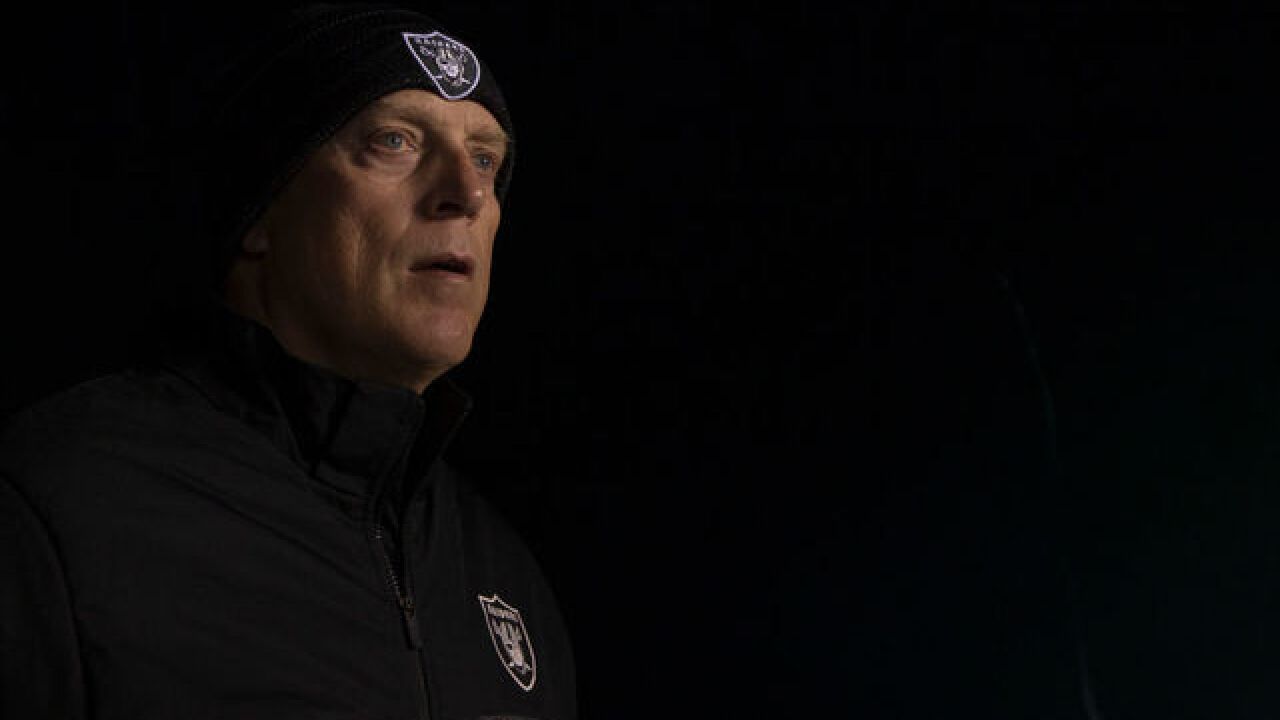 UPDATE JAN 1: According to ESPN, Jon Gruden will be the next coach of the Oakland Raiders and the man to lead the franchise to Las Vegas in a few years.

ESPN reported Saturday that Raiders owner Mark Davis was prepared to pursue Gruden with a strong offer that could include an ownership stake in the team.

Gruden, who currently works as an ESPN analyst, declined to specifically comment about the Raiders this past weekend, saying "there is no news to report."

A contract including an ownership stake would have to be approved by NFL owners. The Raiders also still have to interview candidates for the job and meet the requirements of the Rooney Rule.

"I know him," Raiders star quarterback Derek Carr said Sunday when asked about the Gruden reports. "I've known him for a while. But it's still pretty fresh [with Del Rio being fired]."

ORIGINAL STORY: Raiders coach Jack Del Rio has been fired, according to a press release from the team.

Del Rio became the Head Coach for the Raiders back in January 2015. Under his leadership, the team went 12-4 in 2016 before losing to the Texans in the playoffs.

This season hasn't been as kind to the Silver and Black, which ended with a 6-10 record.

After three years, Del Rio ends his time as head coach with a 25-23 record.

We appreciate Jack’s effort in building the foundation of this team for the future. Thank you to Jack, his wife, Linda, and his daughter, Aubrey, for their important contributions to the Raiders and our local community in Oakland. We wish them all the best.

According to the press release from the Raiders, the team won't have any more statements until they're ready to announce their new head coach.