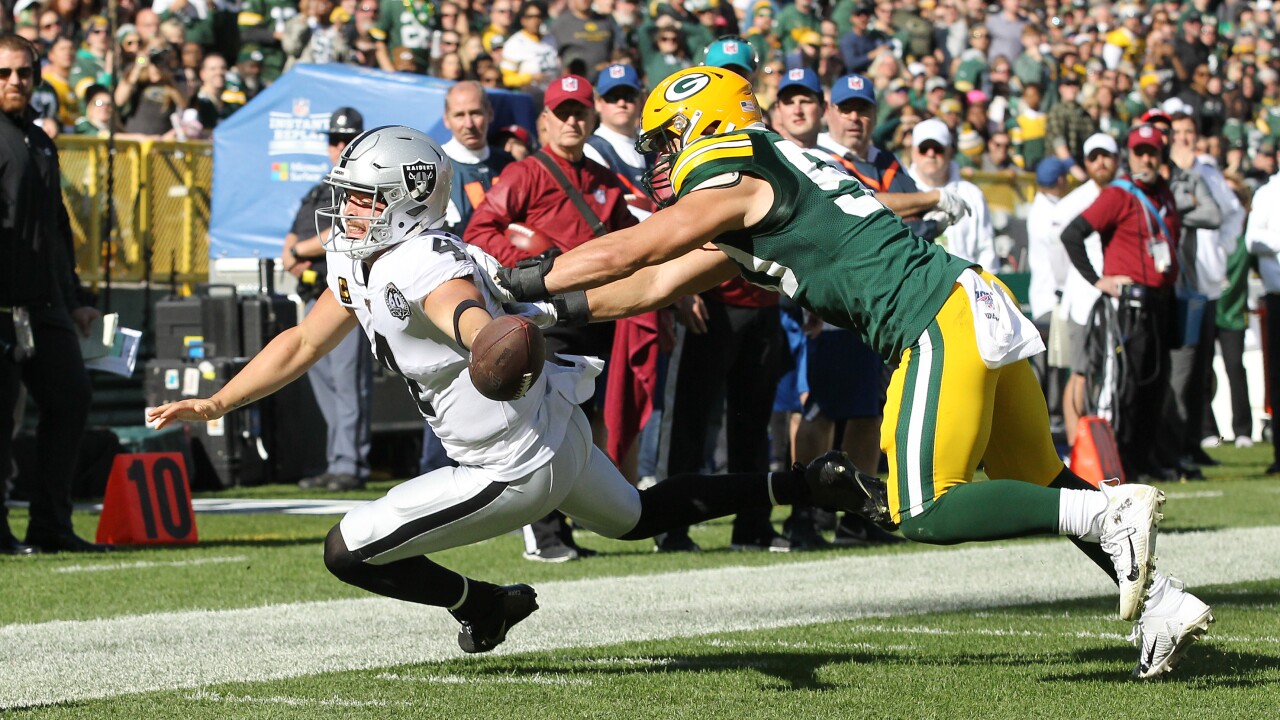 In the second quarter of Sunday's game against the Packers, Raiders quarterback Derek Carr nearly pulled off a rushing touchdown when he extended his arm into the end zone but was hit at the one-yard line and fumbled for a touchback, Sports Illustrated reports.

Carr made the same mistake against the Cowboys in Dec. 2017 when he fumbled through the end zone with 31 seconds remaining. READ MORE

Of course, people took to Twitter to express their frustration. As of 1 p.m., Carr was trending in Las Vegas on the social network.

Derek Carr should not be allowed within 300 yards of a pylon.

Derek Carr did the dumbest thing he can do and for the second time in his career no less. pic.twitter.com/cezTpUH4Kh

DEREK CARR, HAVE YOU LEARNED NOTHING? pic.twitter.com/p86kOMi1Yn