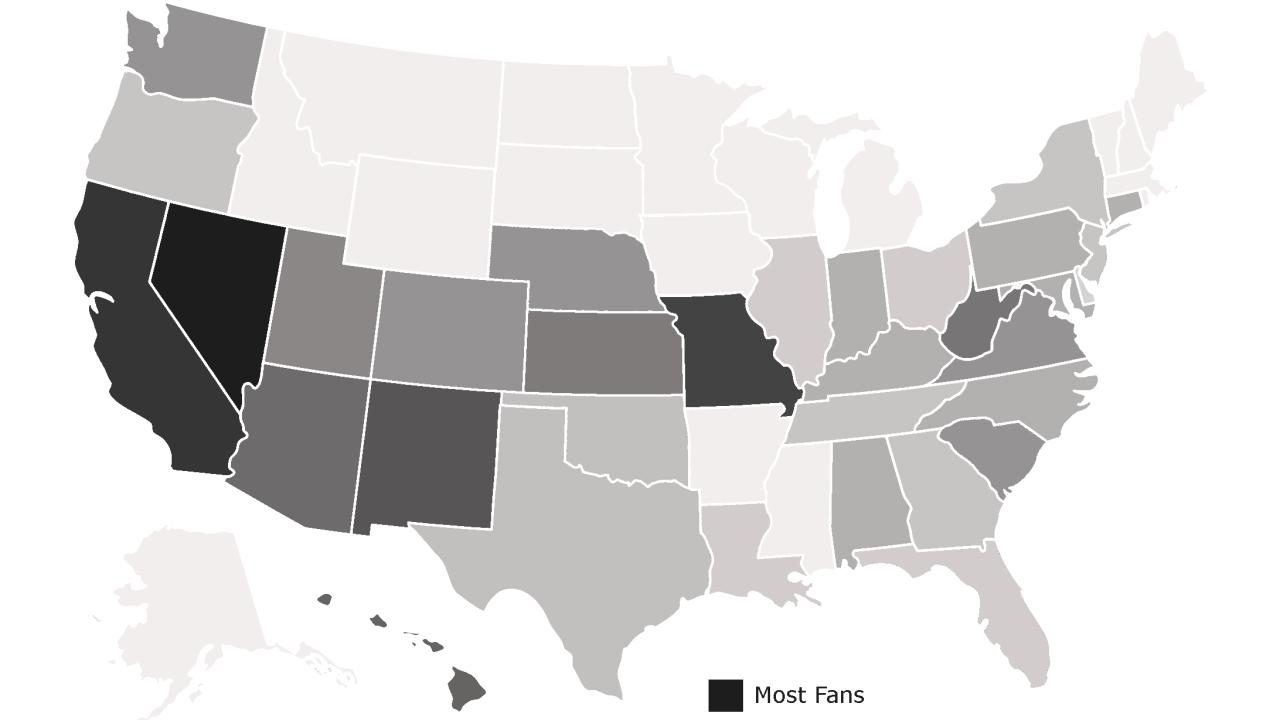 The map above is based on geotagged Twitter data in the last month, tracking tweets and fan hashtags, such as #raidernation, to see where Raider fans are located across the US.

NFL fans in general seem to approve of the move to Las Vegas, and it seems the team has gained more followers because of this. Over 70,000 tweets were tracked.

As you can see (and unsurprisingly) most of the fan base is in the southwest, however, there are a few surprises such as the state of Missouri ranking #3.

The top 10 Raider Nation states are as follows:

The map was put together by the guys over at casinoinsider.com, using trends software with direct access to geotagged twitter data (their network of sites covers pro sports and the gaming industry, including Las Vegas).