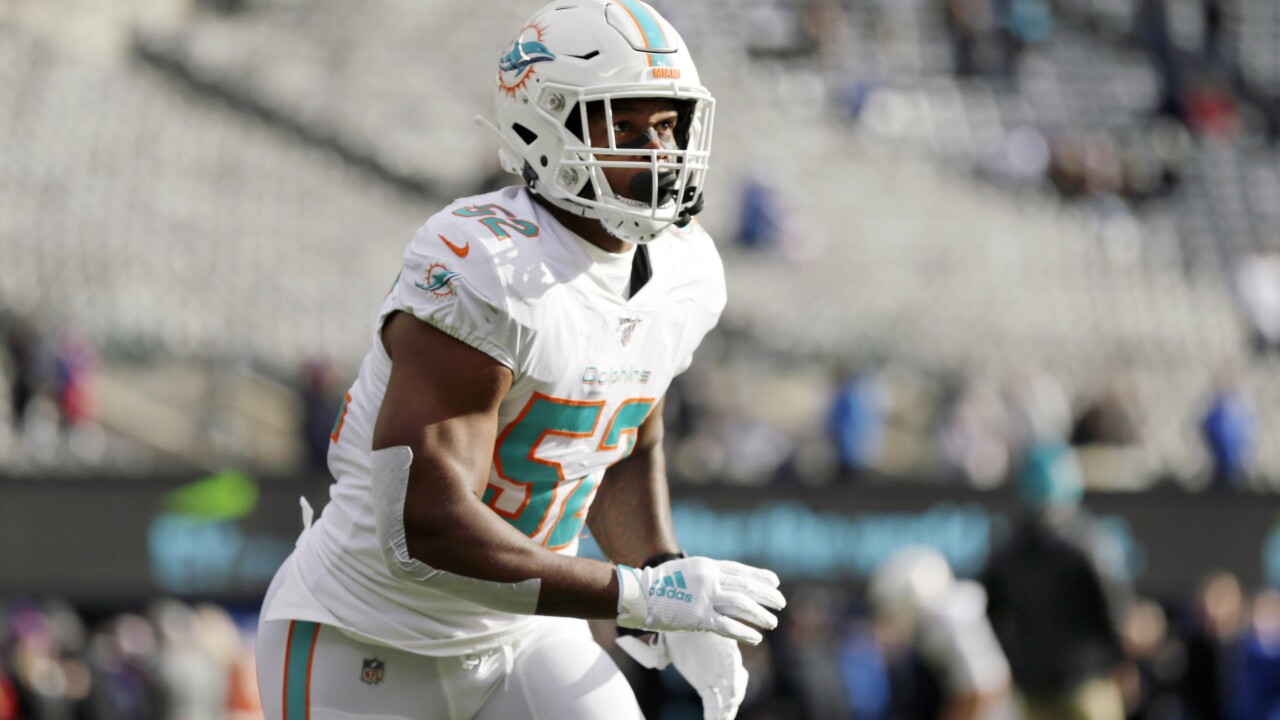 Adam Hunger/AP
FILE - In this Dec. 15, 2019, file photo, Miami Dolphins middle linebacker Raekwon McMillan (52) warms up before an NFL football game against the New York Giants in East Rutherford, N.J. McMillan has been traded by the Dolphins to the Las Vegas Raiders on Saturday, Aug. 29, 2020, along with a 2021 fifth-round draft pick in exchange for a fourth-round pick. (AP Photo/Adam Hunger, File)

MIAMI (AP) — Linebacker Raekwon McMillan has been traded by the Miami Dolphins to the Las Vegas Raiders along with a 2021 fifth-round draft pick in exchange for a fourth-round pick.

McMillan had fallen behind newcomers Kamu Grugier-Hill and Elandon Roberts on the Dolphins’ depth chart in training camp.

McMillan was a second-round draft pick in 2017 but missed his rookie season because of a knee injury.

He started 28 games the past two seasons and totaled 177 tackles.