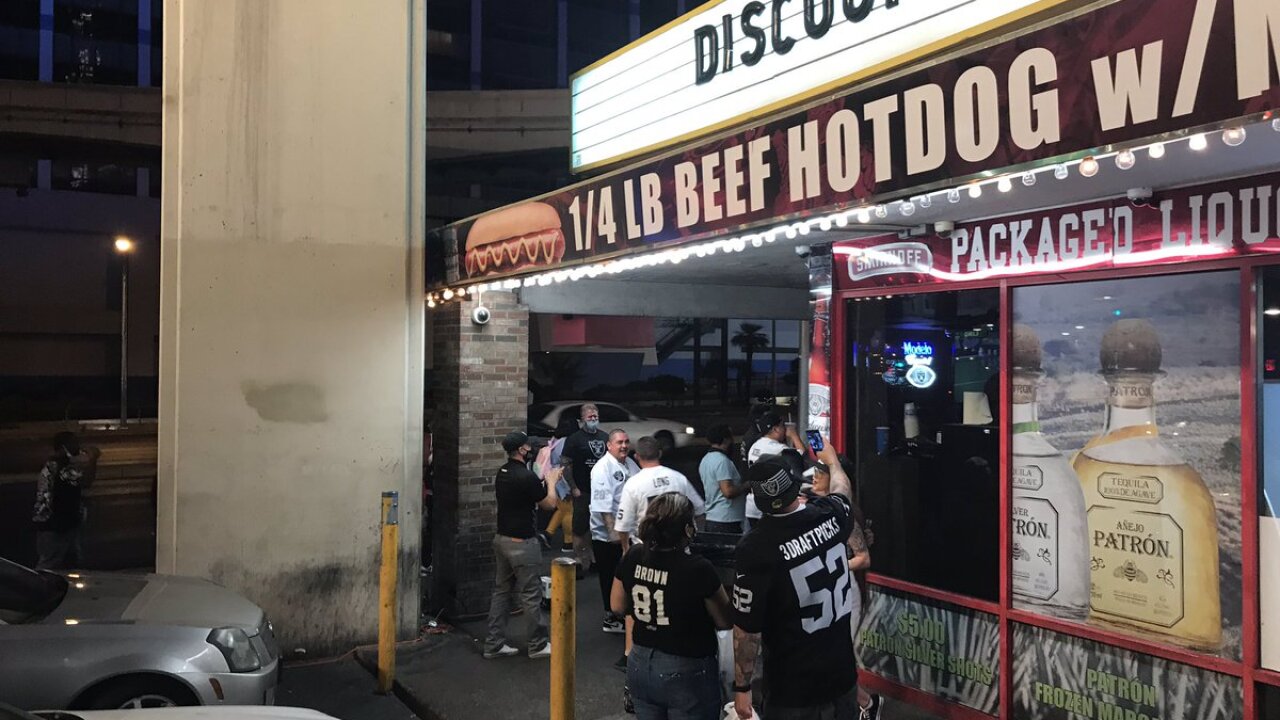 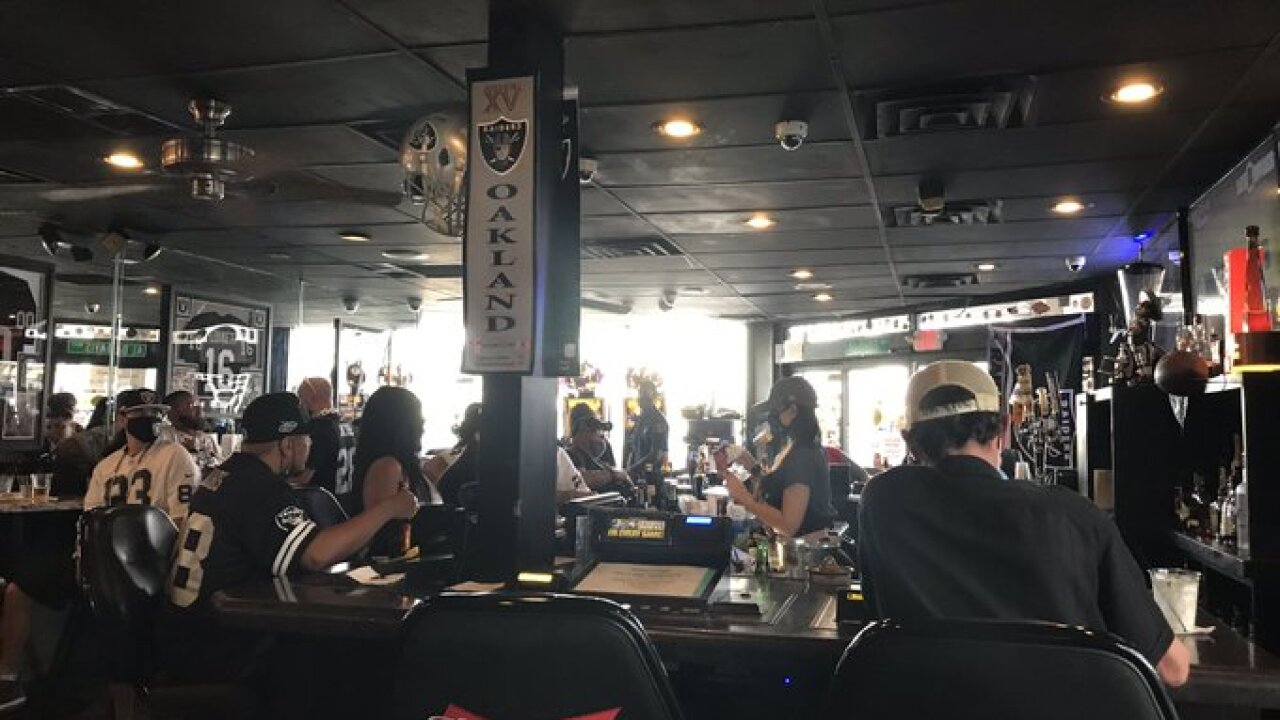 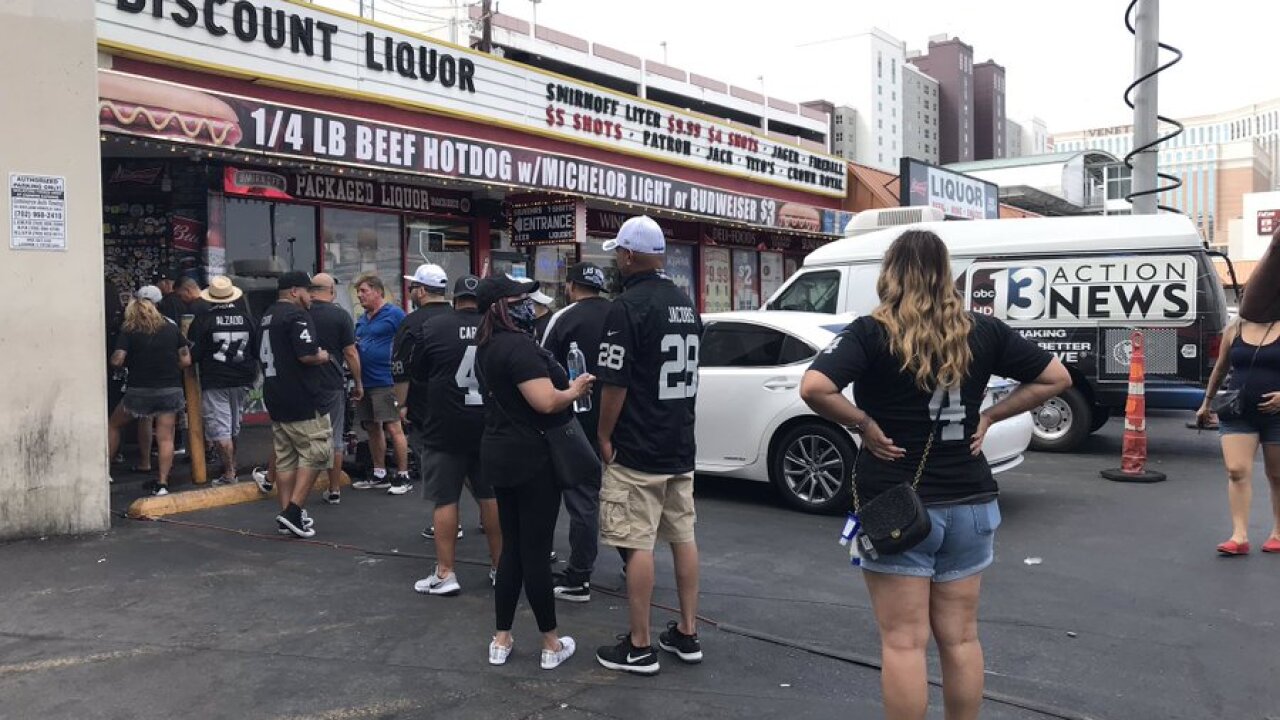 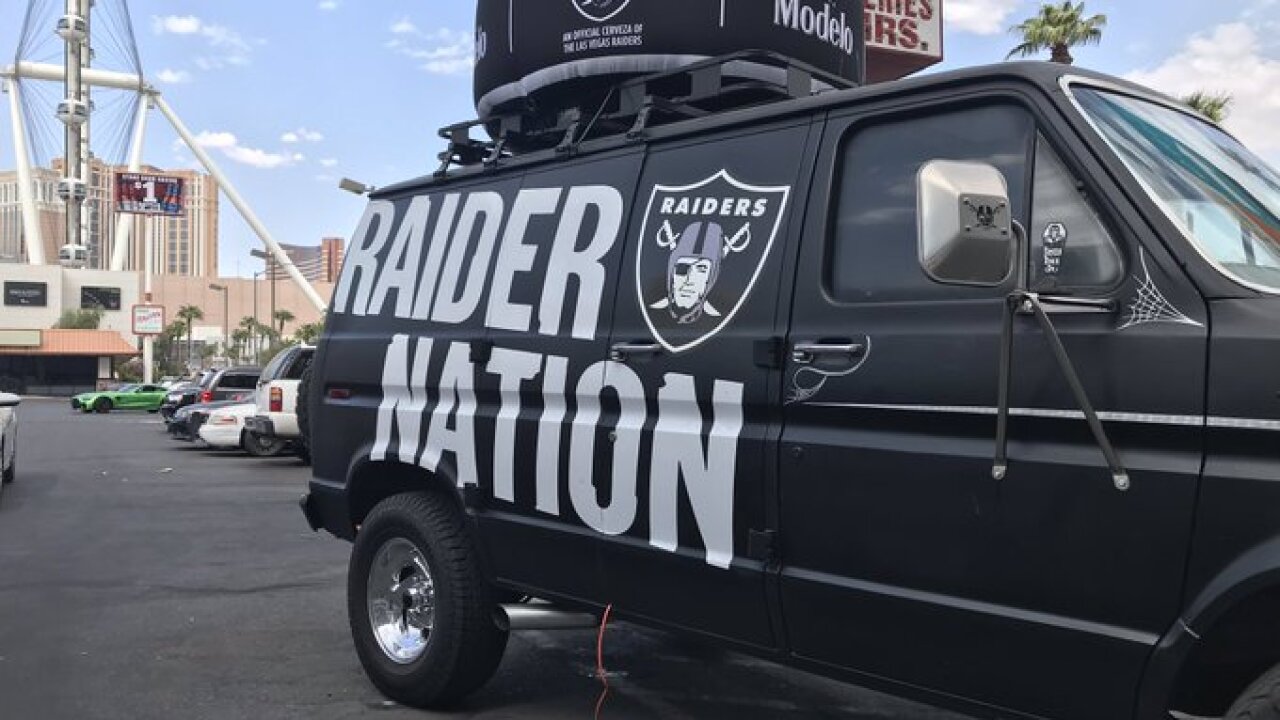 The line to get inside started around 1:30 p.m. Monday.

Stage Door has been at their location near Flamingo and Las Vegas Blvd. for decades, but they just recently became the official bar of the Raiders.

The bar is full of Raiders memorabilia, logos and signs.

“The loyalty we have for our team the raiders we should our loyalty, support," said Andy, visiting from Los Angeles. “We drove just to get to the game, it’s really exciting and enhancing just to be here."

13 Action News spoke with fans at the bar from as far east as Texas, and just to the west in California.

“We finally got a home we could be proud of, I’ve loved California, I’ve loved Oakland, but its a new beginning now, a new chapter in Raider Nation,” says Eddie Debaca, visiting from San Diego.