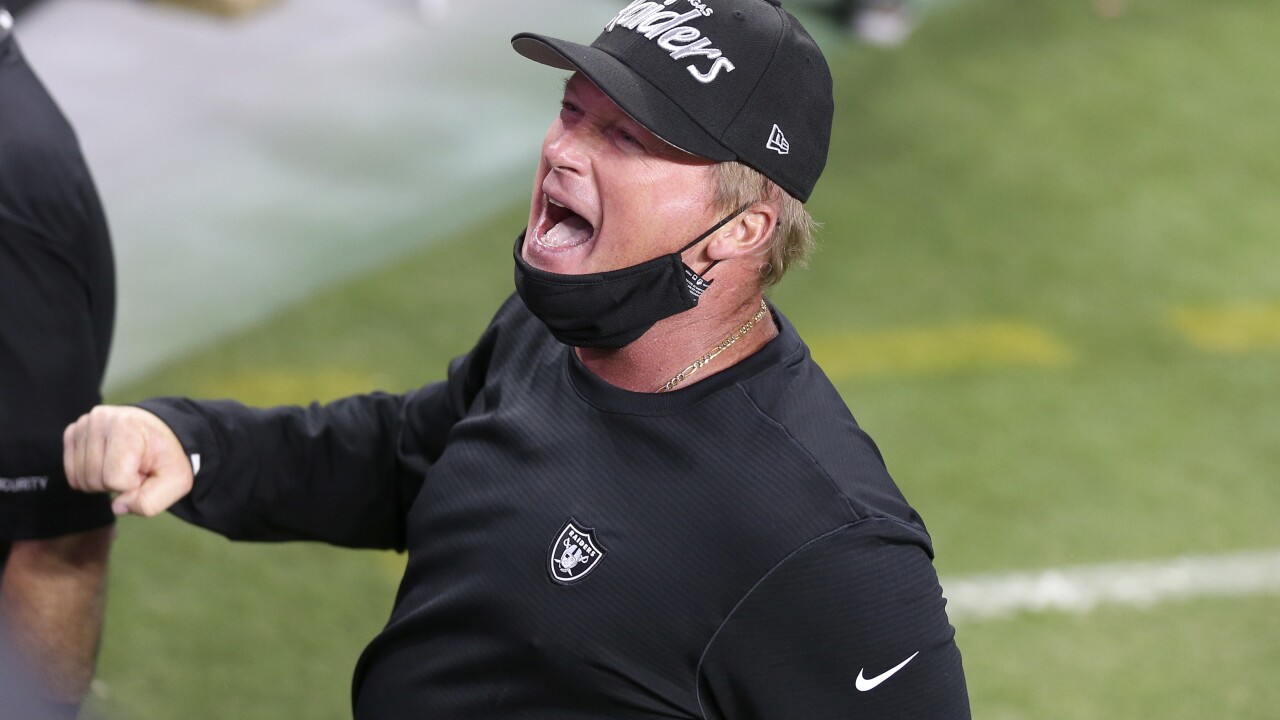 LAS VEGAS (KTNV) — The NFL has hit Las Vegas Raiders Coach Jon Gruden with a $100K fine for not wearing a mask during Monday night’s game in Las Vegas, according to multiple media reports.

Gruden admitted that he was not wearing a mask for the entire game during a press conference after the game, which the Las Vegas Raiders won against the New Orleans Saints.

Gruden also admitted during the press conference last night that he had been a victim of the novel coronavirus.

Fines so far for violating the rules of face coverings:

According to the NFL, they have doled out $1.75 million in total fines for Week 2 violations related to wearing face coverings in the bench area.