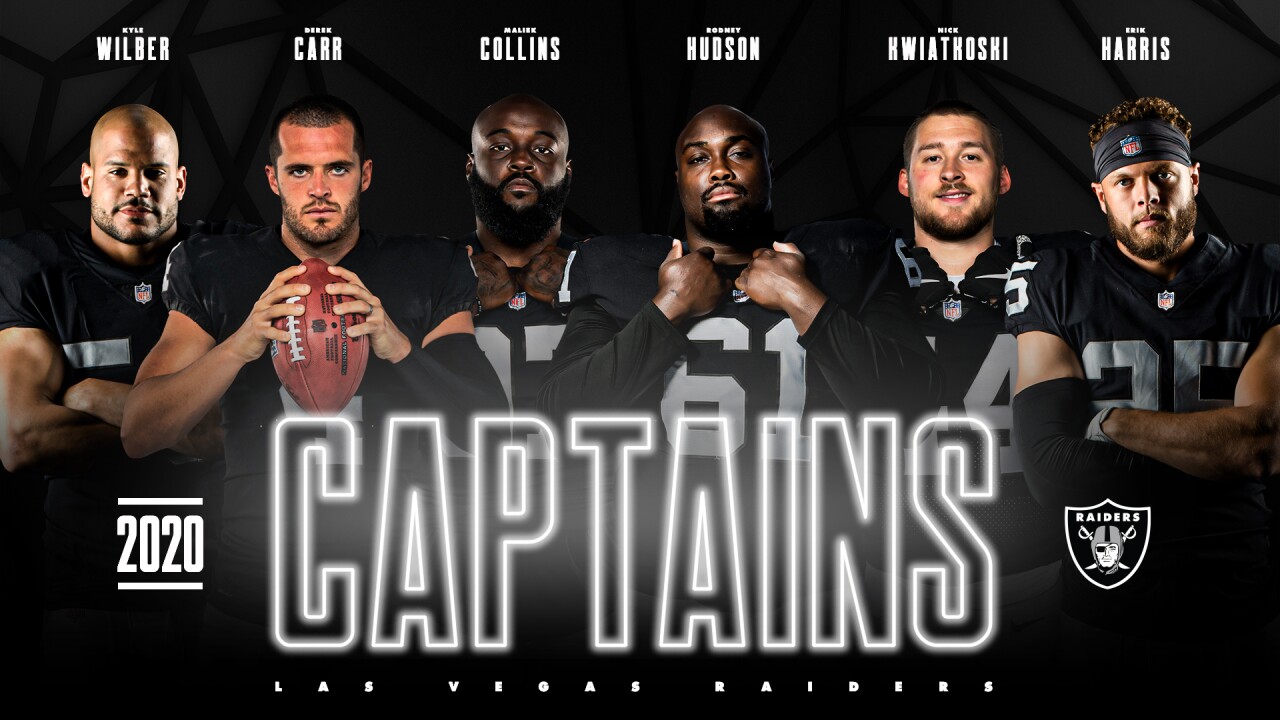 Collins and Kwiatkoski are first-time Raiders and were signed as free agents in the offseason. Collins is a former Dallas Cowboys player and Chicago Bears in the fourth round (113th overall) of the 2016 NFL draft.

Harris, who was initially signed to a one-year contract i 2016, expressed his gratitude on Twitter for being named a team captain.

Means more than any stat game, any contract I’ll sign! To have your peers respect you means way more to me. #RaiderNation 🤞🏽🖤 https://t.co/LiUgRfB20Z

Wilber was named a team captain after being re-signed by the Raiders.

The first game will be played Sept. 13 against the Carolina Panthers.

The first home game will be played Sept. 21 against New Orleans Saints. It will air on KTNV-TV Channel 13.