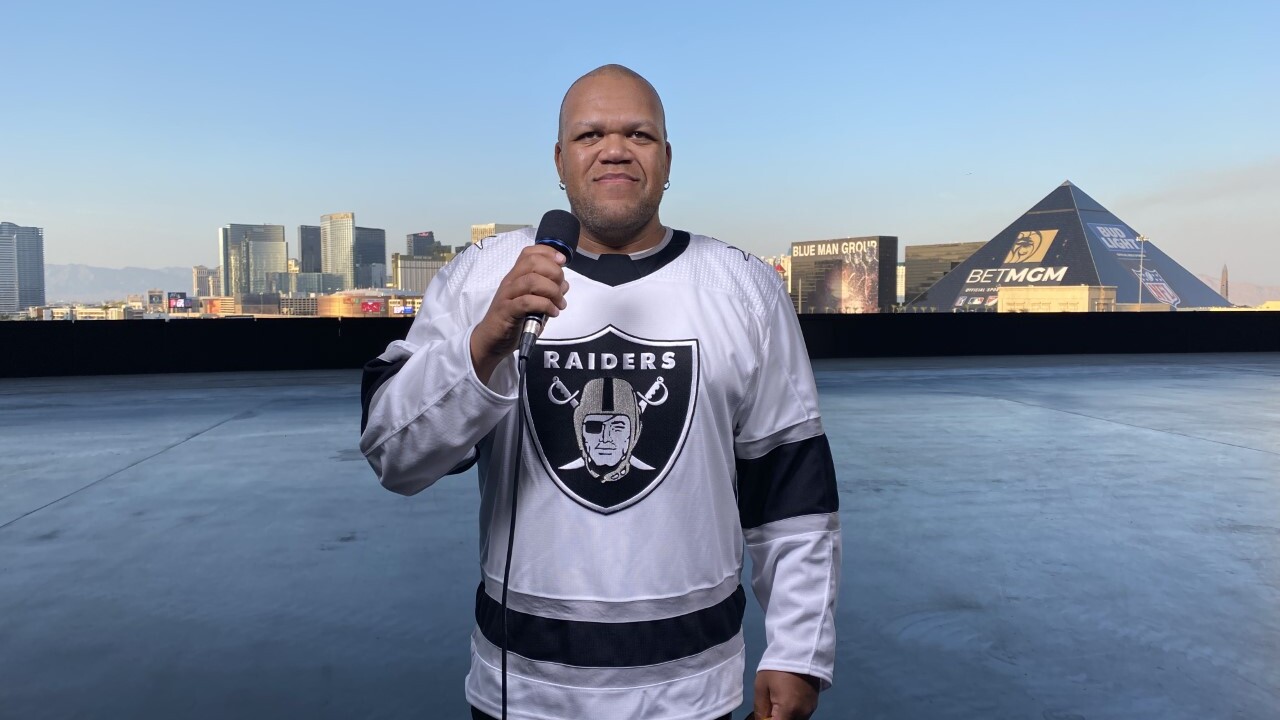 LAS VEGAS (KTNV) — In a historic night -- the 50th anniversary of Monday Night Football and the first ever home game played at Allegiant Stadium -- ESPN did not air the national anthem and Thunderbirds flyover as part of its broadcast.

In a pre-season press conference, ESPN’S vice president of event and studio production Stephanie Druley explained its policy is to cover the anthem when it's "newsworthy," including week one of the season.

She said it becomes a judgment call every week based on multiple factors, including whether kick off happens on time. She added that ESPN is not shying away from covering social justice movements as they happen and will "keep to its main rule, which is when it intersects with sports, we're going to cover it. We don't see the social justice movement as being political. It's social justice."

As for the man who belted out the national anthem, Carnell Johnson, known locally as Golden Pipes, said he understood going into it that it might not be aired.

"I know there's time constraints, there's contracts they have to deal with," Johnson said. "So it's never a promise that it's going to air but I know there's always a chance."

Johnson said he was honored to be the first to sing the national anthem for a Las Vegas Raiders home game - something team owner Mark Davis decided.

"A couple years ago I have to admit I sat next to Mark at a game and I kind of planted that bug in his ear. I just said, you know, if you ever need someone to sing the anthem at any time, I didn't say the first game, I just said to sing the anthem, I'm available," he said.

Davis did keep that in mind and when Raiders staff reached out to Johnson, they said Davis knew it had to be him.

"They were the ones that told me that he said when he closes his eyes like he's seen me do it so many times at the Knights games, he's like, I can't imagine someone else doing it," Johnson said.

Johnson said he is hoping to be able to share video of that performance soon. The performance was pre-recorded on Saturday afternoon.

13 Action News reached out to the Thunderbirds for comment and have not yet heard back.