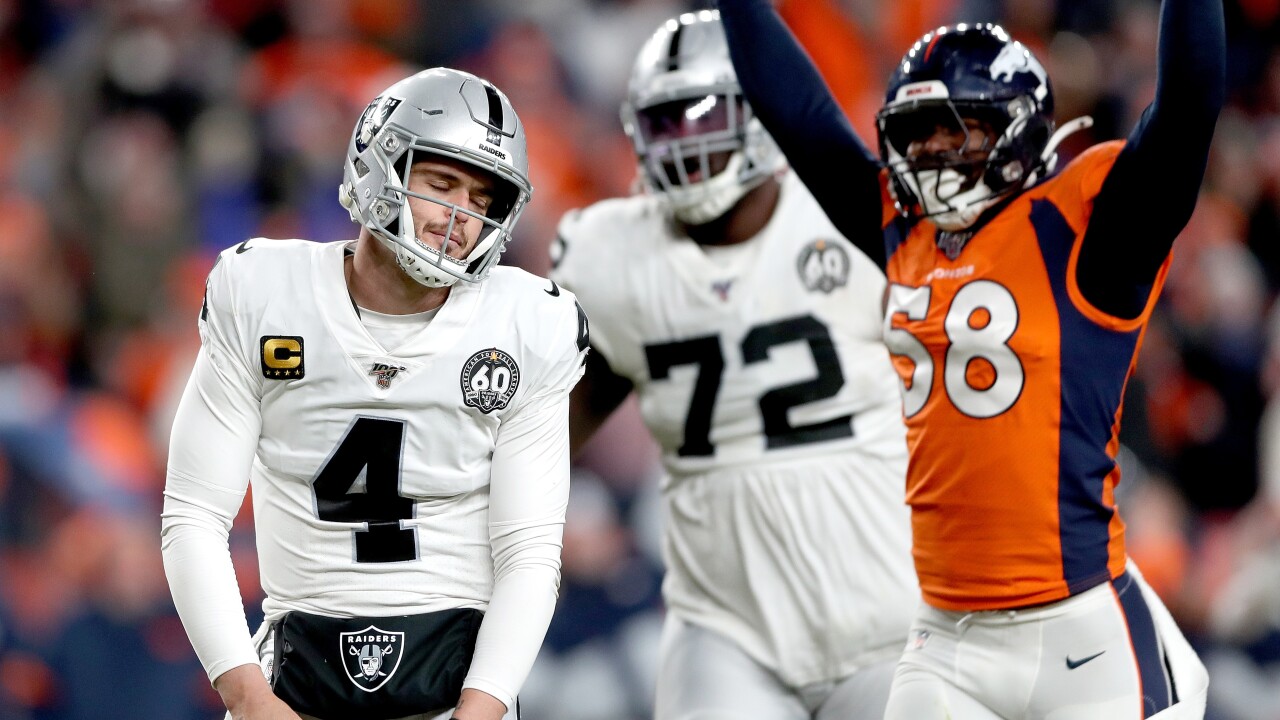 That put at end to the Raiders' dim playoff hopes and to Oakland's run as an NFL city. The Raiders are moving to Las Vegas in 2020.

The Broncos nearly paid dearly for a 15-yard penalty on Garett Bolles that pushed them back just before Brandon McManus missed a 57-yard field goal with less than two minutes left that would have iced it.