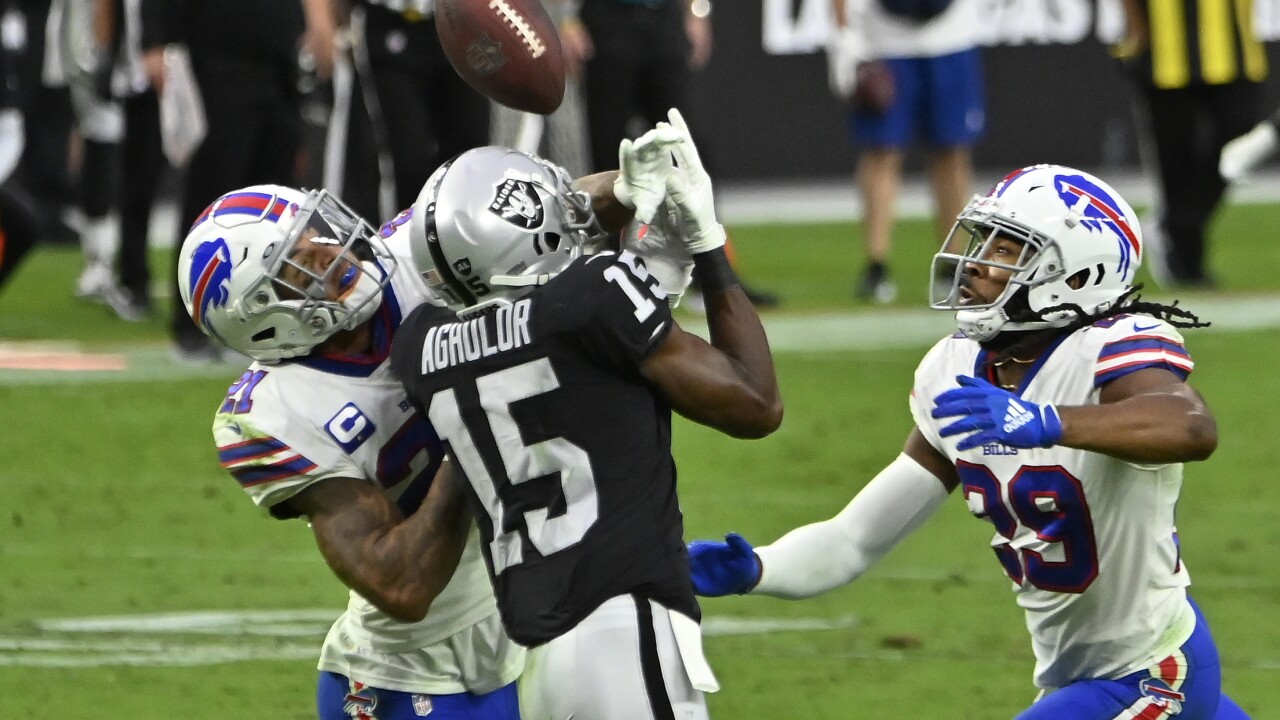 LAS VEGAS (AP) — Josh Allen completed 24 of 34 passes for 288 yards, threw two touchdowns and rushed for another to lead the Buffalo Bills to a 30-23 victory over the Las Vegas Raiders on Sunday.

Buffalo has opened 4-0 for the first time in 12 years.

The Bills have scored 30 points in three consecutive games, and are averaging 30.75 points per game, third highest in the NFL.