3rd grader Guadalupe Galicia won a Raiders-themed art contest, and so a few players came to visit her elementary school on Wednesday. 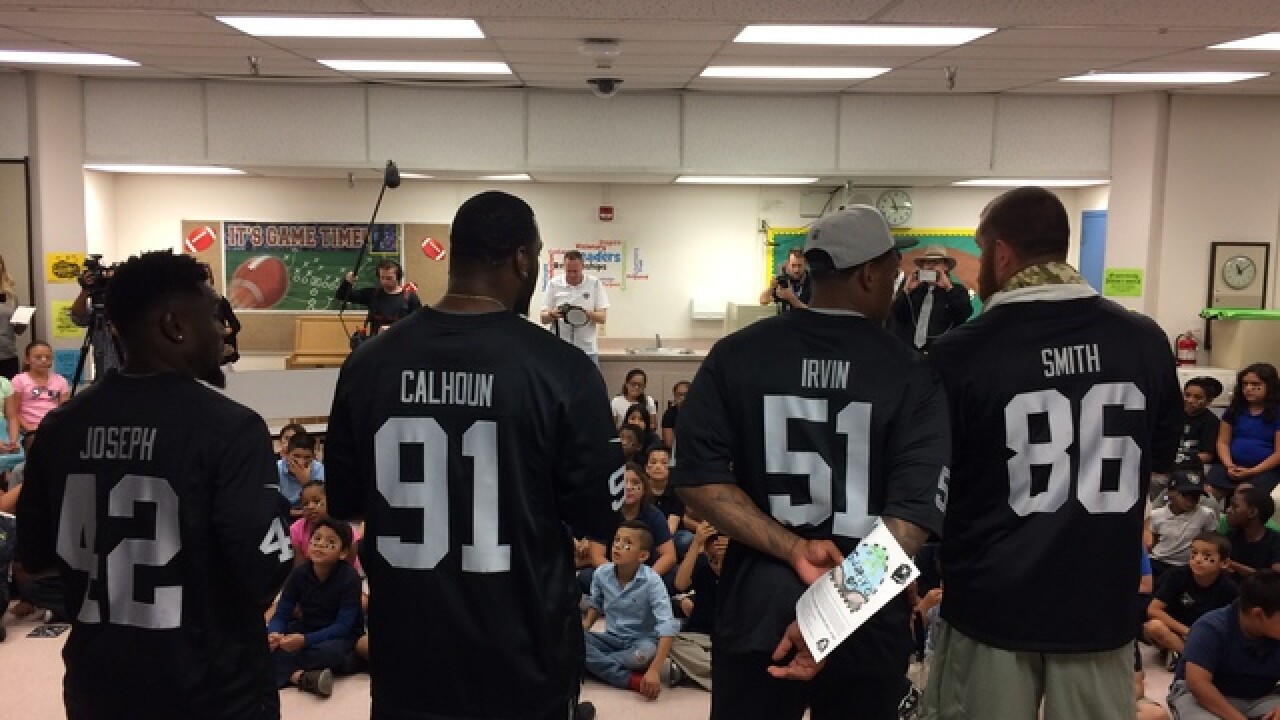 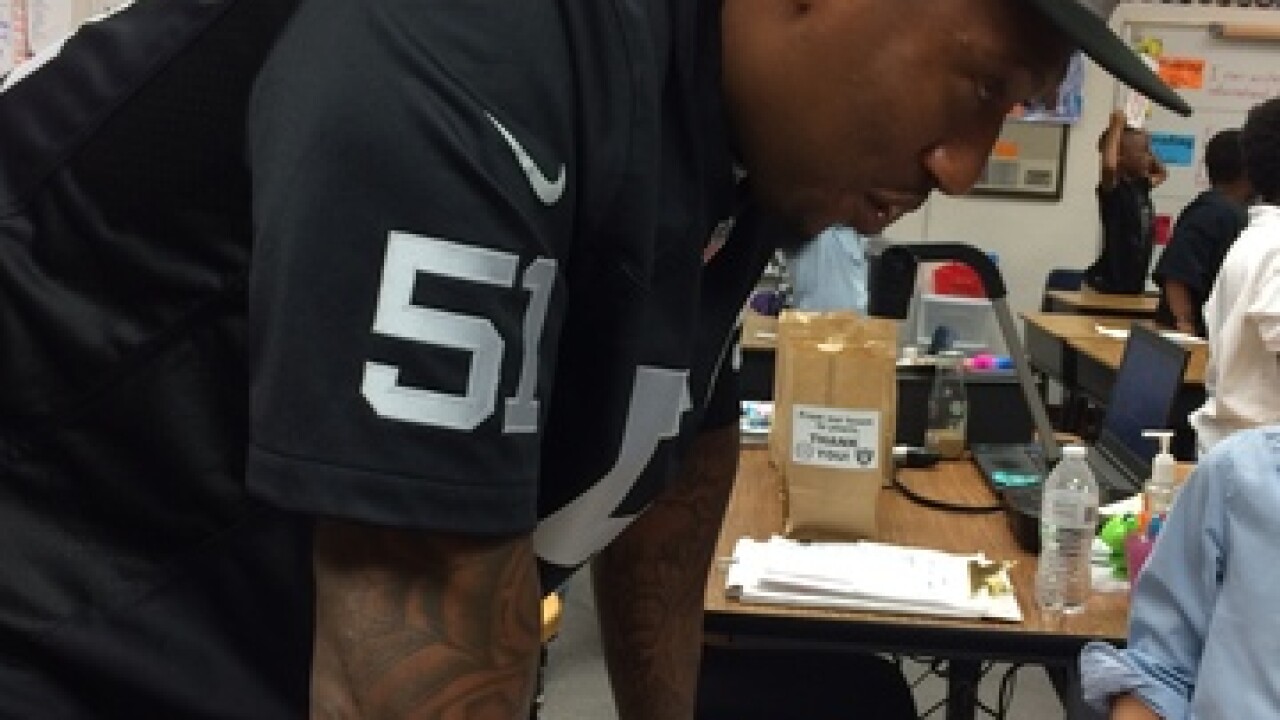 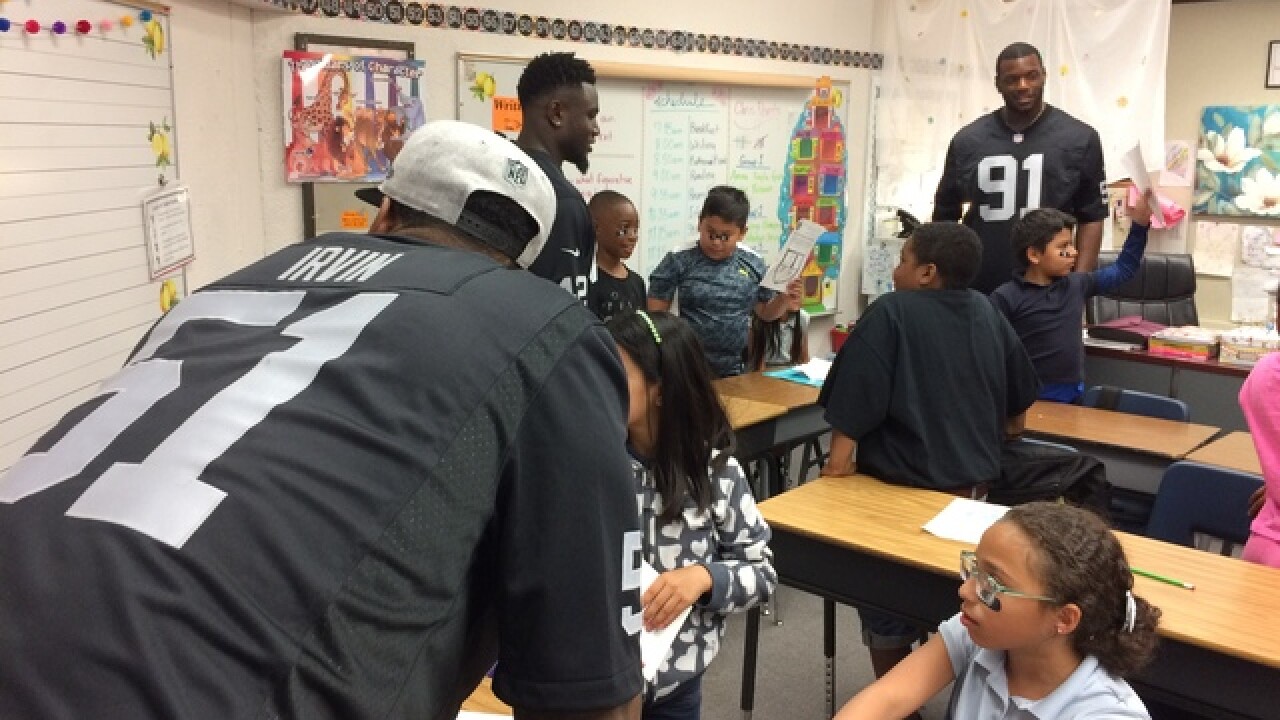 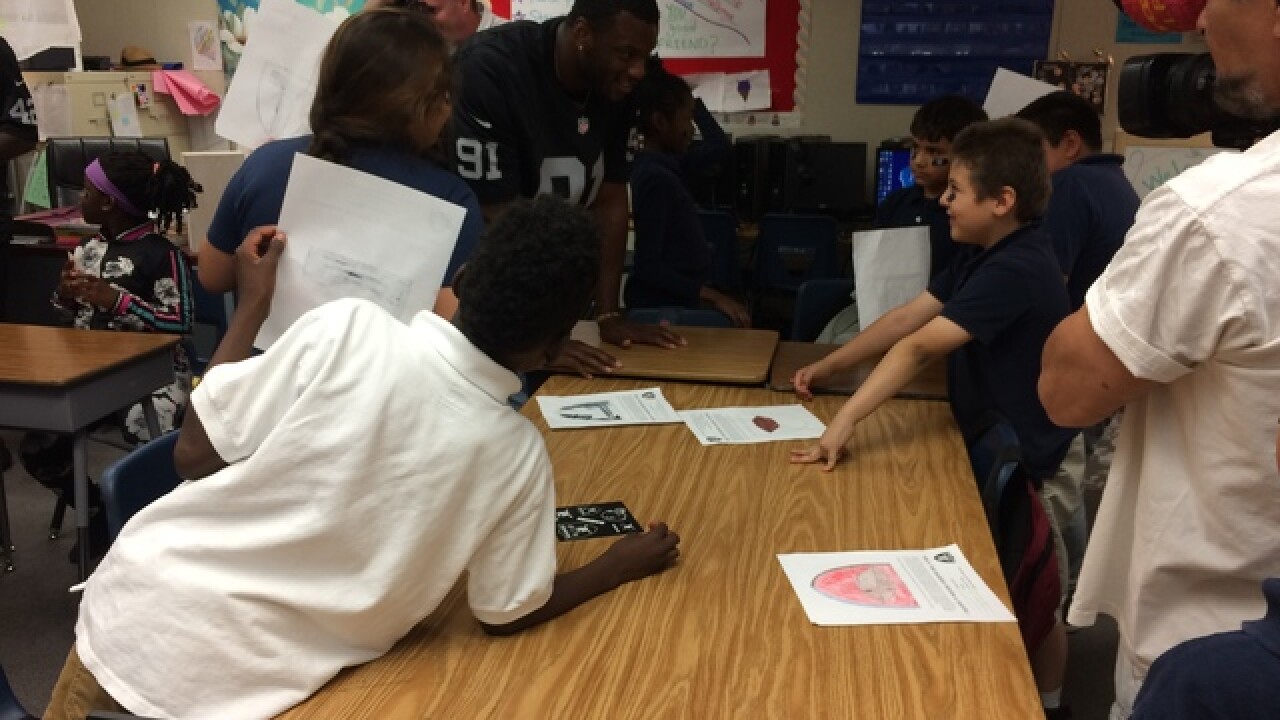 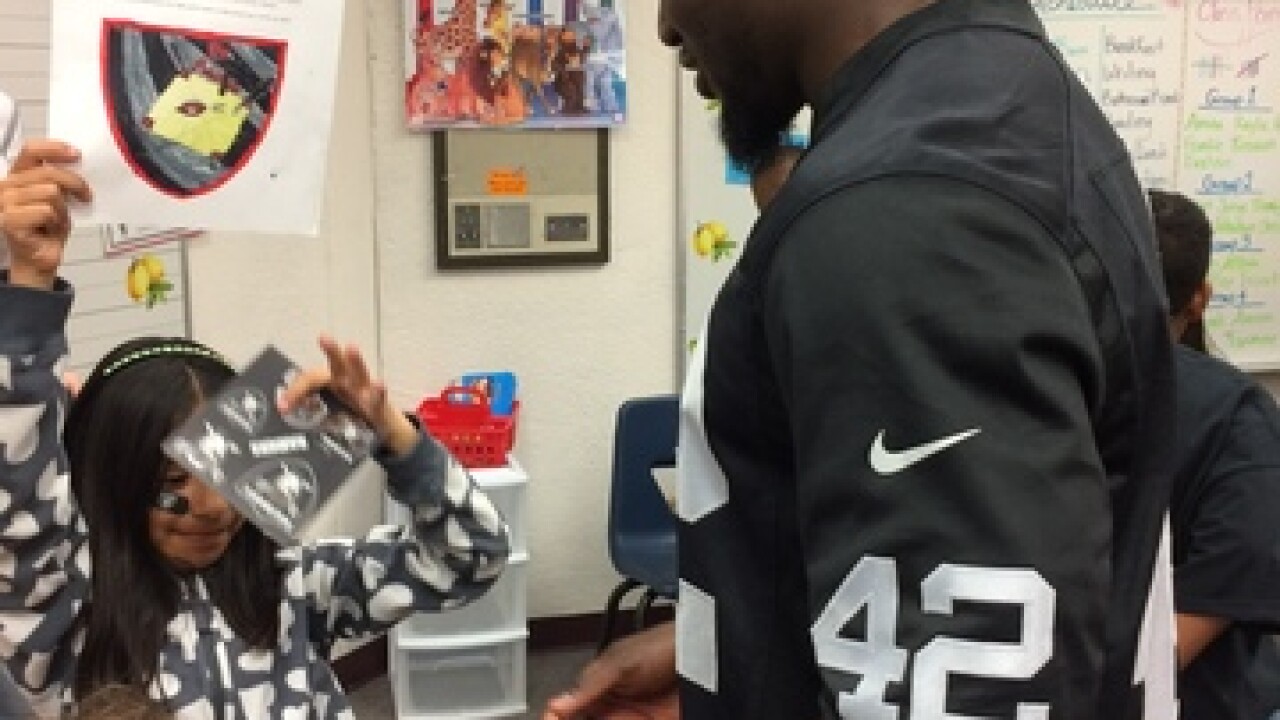 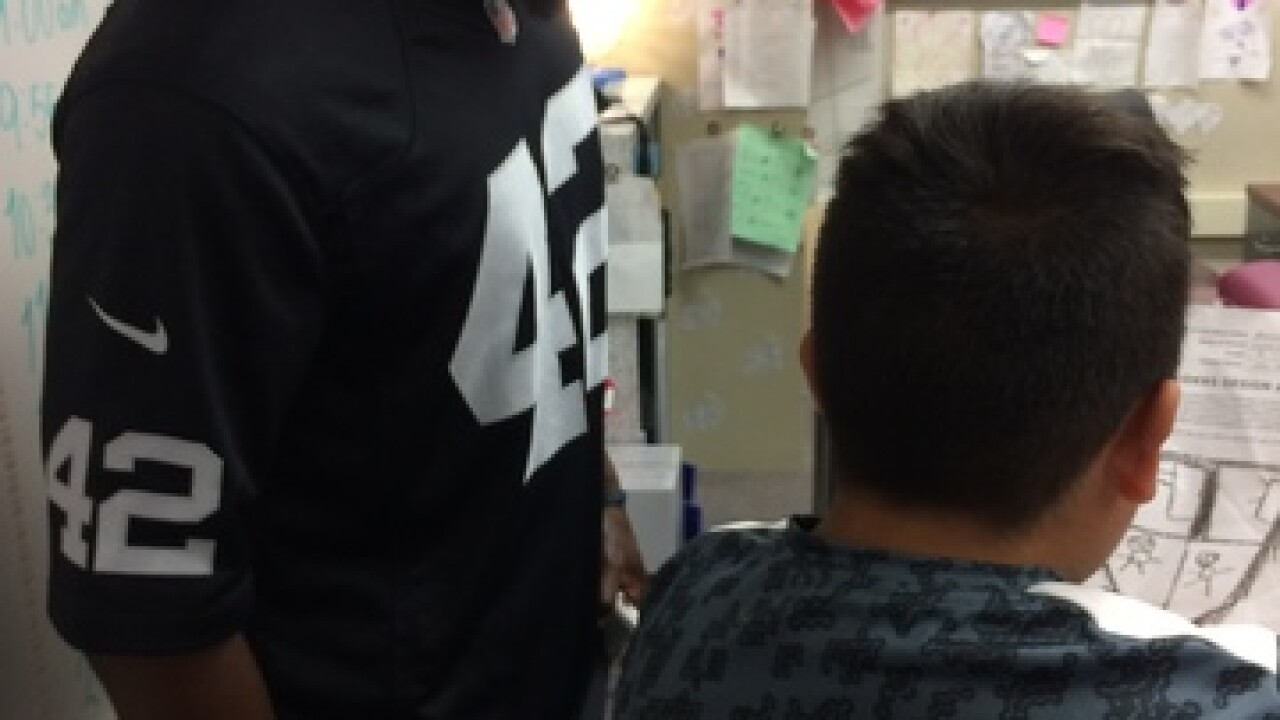 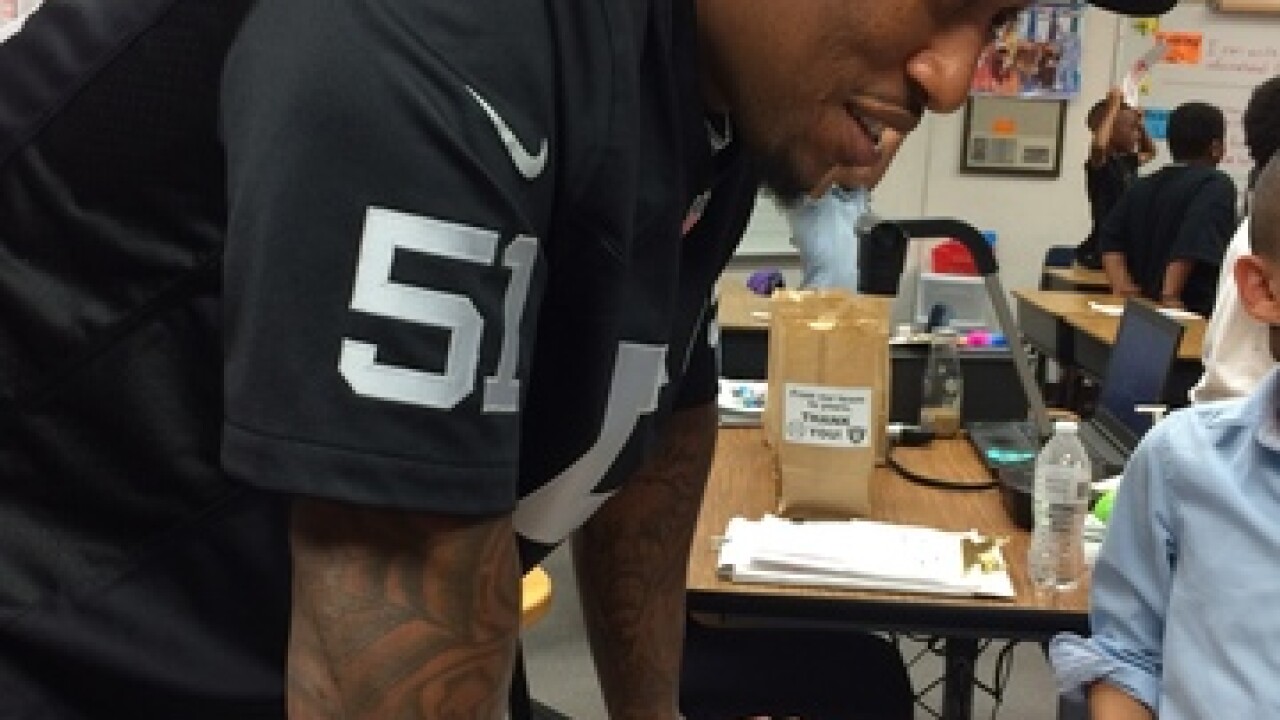 3rd grader Guadalupe Galicia won a Raiders-themed art contest, and so the players came to her school to congratulate her.

"I was like, 'How did I win?' Cause I didn't really think about it," said Guadalupe. "I thought this boy named Eduardo was going to win cause he's a great drawer."

Guadalupe will be joining four other students from the Clark County School District next Wednesday at the Discovery Children's Museum. Their artwork will be presented at a new exhibit welcoming the Raiders to the Las Vegas community.

The Raiders also treated the teachers at Gene Ward Elementary to lunch to thank them for their hard work in honor of Teacher Appreciation Week.