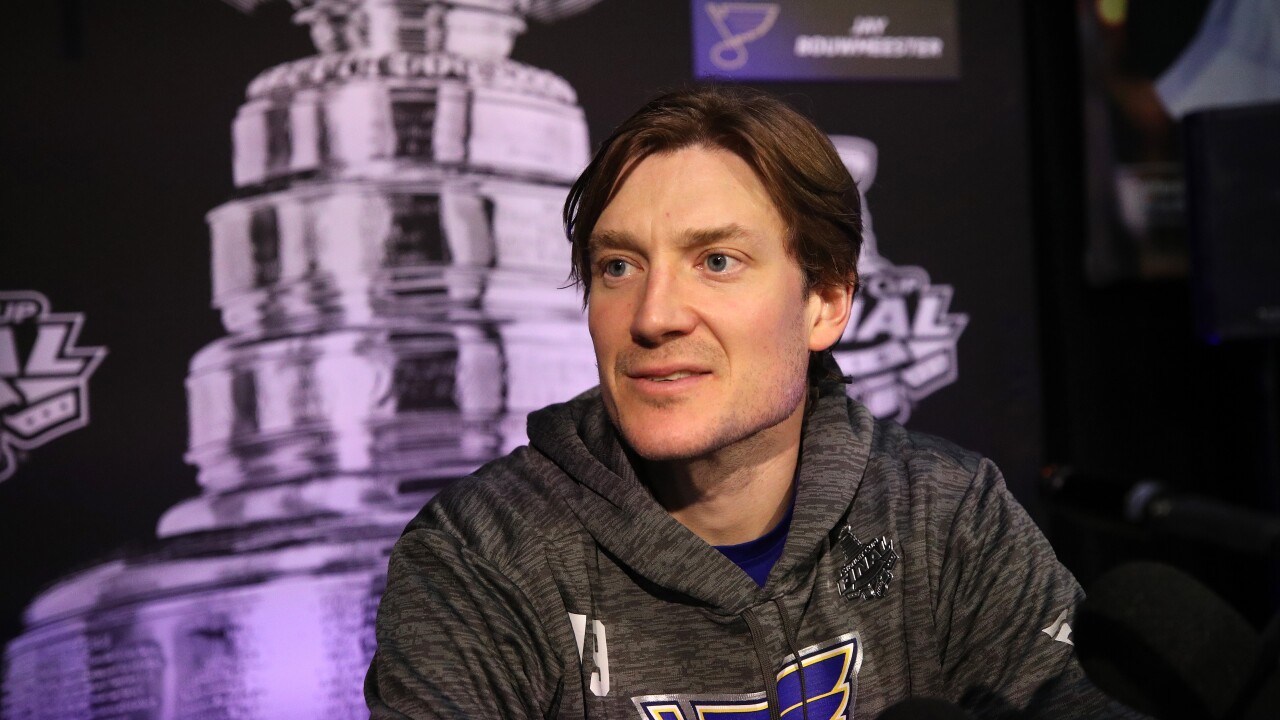 LAS VEGAS (KTNV) — The St. Louis Blues NHL team is set to discuss a player's recent medical episode ahead of their game against the Vegas Golden Knights at T-Mobile arena.

Speaking at the Waldorf Astoria hotel on the Las Vegas Strip, Blues General Manager Doug Armstrong will share an update on the condition of Jay Bouwmeester.

On Tuesday, during the first period of the Blues game in Anaheim, Calif. against the Ducks, Bouwmeester collapsed on the bench. ESPN reports the defenseman suffered a cardiac episode and was taken to the hospital.

The team said on Twitter that the game was postponed due to the medical emergency.

Due to the medical emergency involving Blues defenseman Jay Bouwmeester, tonight’s game has been postponed and will be made up at a later date. #stlblues

The Blues are in Las Vegas in preparation for their game against the Vegas Golden Knights on Thursday at T-Mobile Arena. Puck drops at 7 p.m.