Spoiler Alert: The NBA Finals are just as bad as the rest of the 2017 NBA playoffs.

The Cleveland Cavaliers (12-1) and the Golden State Warriors (12-0) blew through the playoffs on the way to their third consecutive NBA Finals, but the much-hyped rubber match between the two squads has yet to live up to expectations.

The Golden State Warriors have won the first two games of the series by 20+ points and each has been decided by the end of the 3rd quarter. Very little excitement and very little intrigue – the exact opposite of what many predicted. 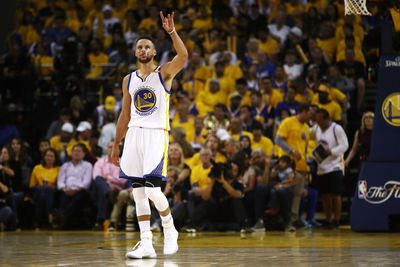 Basketball pundits often say that a series doesn't start until the home team loses, but they had never seen the complete domination exhibit by the Warriors in this NBA Finals. The eye-test shows that Cleveland doesn't have enough talent to compete with the addition of Kevin Durant and the Warriors' solid bench players, which eventually leads to fans emotionally checking out on the dreadful series.

It's so bad that gamblers, both casual and frequent, have been limited in their choices. The over for Golden State and the Warriors against the spread have been an easy cash so far, but the payout isn't great on either.

That's why some fans are finding new ways to spice up the series – prop bets.

Sunset Station Race and Sportsbook Director Chuck Esposito sat down with us to discuss the uptick in prop bets.

"We had the MVP up this year, or the first time for the NBA Finals. LeBron wasn't the favorite, KD [Kevin Durant] was the favorite," said Esposito.

"Just an idea of what we put up, we have total points [scored] by Lebron, KD, Curry, Green, Thompson; you name it. Again, we try to think outside of the box. It's not nearly [as much] as we put up for that big football game in February but we're putting more and more stuff up for big events all [of] the time."

The Super Bowl is easily one of the biggest games of the year, so it's hard to compare anything to its magnitude, but the NBA gambling community is slowly embracing the out-of-the-box new betting options.

"Prop bets have become the game within the game," Esposito said.  "Again, you don't have to like one of the two teams, you just may think, 'God, I think LeBron is going to score over/under an amount of points' and you play that. You get to root for the entire game.?

Does that concept sound familiar?

It's basically fantasy basketball without the drafting of players and on a game to game basis. Do you think Steph Curry shoots better at home? Then put money on the over in his points. How about LeBron wearing down from all of the minutes he's played this postseason? Then take the under in points as the series progresses.

The flexibility of prop bets is a great way to remain invested in this year's series, so go out and have some fun on game nights. Chuck Esposito and his staff at Sunset Station will be glad to host you and fulfill your betting needs.