Copyright 2017 Scripps Media, Inc. All rights reserved. This material may not be published, broadcast, rewritten, or redistributed.
Sam Morris / Las Vegas News Bureau
By: Kel Dansby
Posted at 8:47 AM, Aug 29, 2017

There's a saying that goes something like, "It takes money to make money," and one Las Vegas gambler put that theory to the test last week.

Floyd Mayweather entered his fight against Conor McGregor a sizeable favorite, but that didn't stop a customer at the William Hill Sports Book inside Hooters Hotel-Casino from betting $1,210,000, split between two tickets, on the Mayweather (-500) money line. 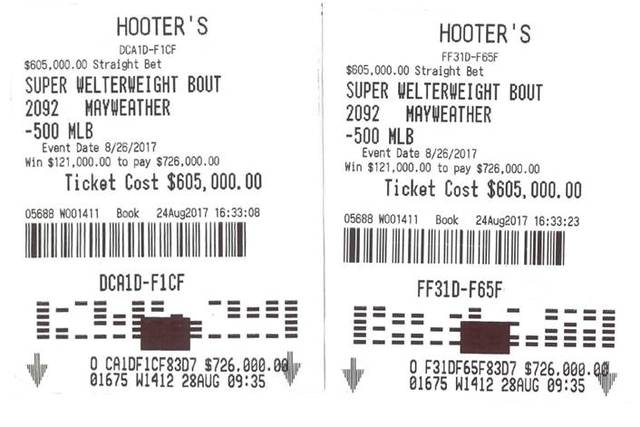 It is one of the largest winning bets recorded over the weekend, but Nick Bogdanovich, William Hill US Director of Trading, didn't seem to mind the payout.

“We are thrilled to pay it. We needed the same result,” said Bogdanovich.

A $1 million bet may seem like a lot to risk, but this was one of the safest combat sports bets in quite awhile. Putting money down on a 49-0 boxer to defeat a 0-0 boxer is pretty much a no brainer.