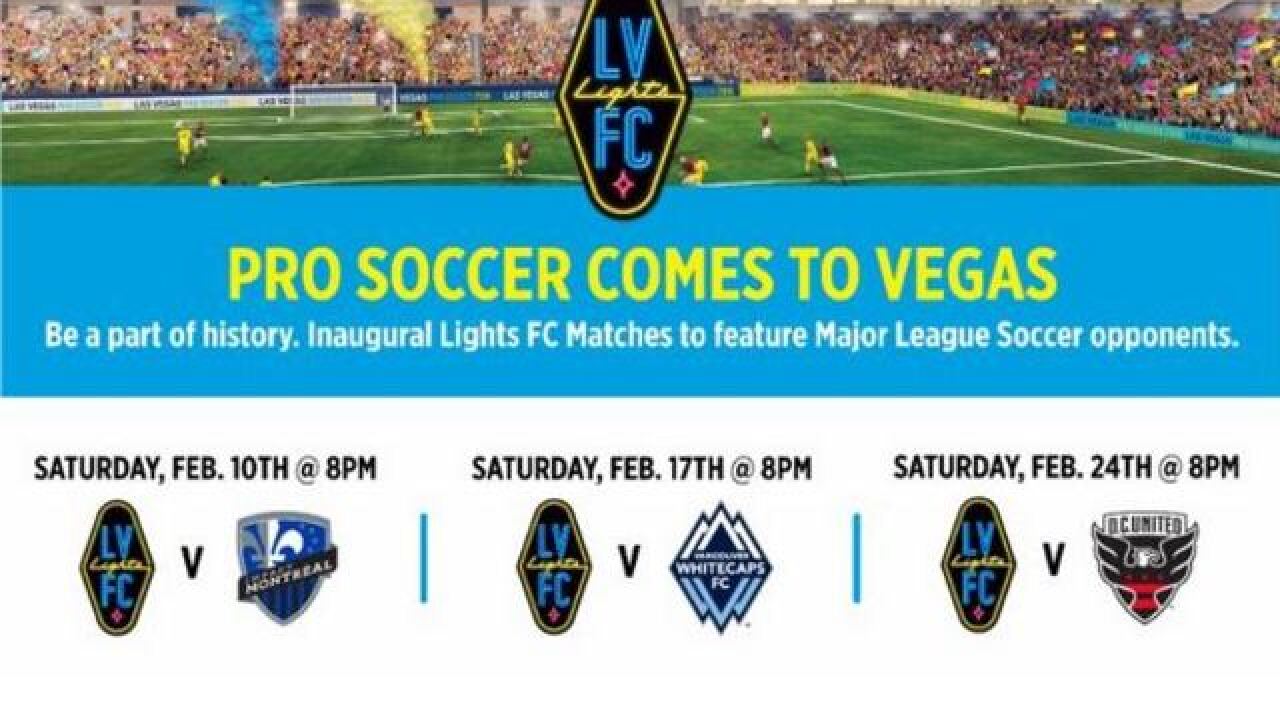 Copyright 2017 Scripps Media, Inc. All rights reserved. This material may not be published, broadcast, rewritten, or redistributed.
Dansby, Kel

Not only will Las Vegas welcome professional soccer to town in 2018 but it has just been announced that the city will get a taste of MLS action as well.

“We are going to play a much more aggressive and entertaining style of soccer than most fans are accustomed to, and testing ourselves against three MLS clubs to start the season will be valuable for my team,” Lights FC head coach José Luis Sanchez Solá  said.

The Soccer Spring Training Schedule for Lights FC is as follows:

These games will serve as exhibition matches for Lights FC as they prepare for their inaugural season in the United Soccer League (USL), beginning in Mar. 2018.

“We made a clear commitment to bringing elite-level professional soccer to Downtown Las Vegas, and I am proud to announce that Lights FC will come out of the gates in February by doing just that,” said Brett Lashbrook, CEO & team owner of Lights FC. “We want the first Soccer Spring Training to be just the start of an annual tradition. We want it to grow, and be something that fans in Las Vegas can expect to see at the beginning of every season moving forward – We want Las Vegas to become the home of MLS preseason soccer, and this initial schedule sends that message loud and clear.”

Cashman field will be transformed into a soccer pitch for all three events and Lights FC hopes that these games will be a huge step forward in making professional soccer a can't miss event in Las Vegas.