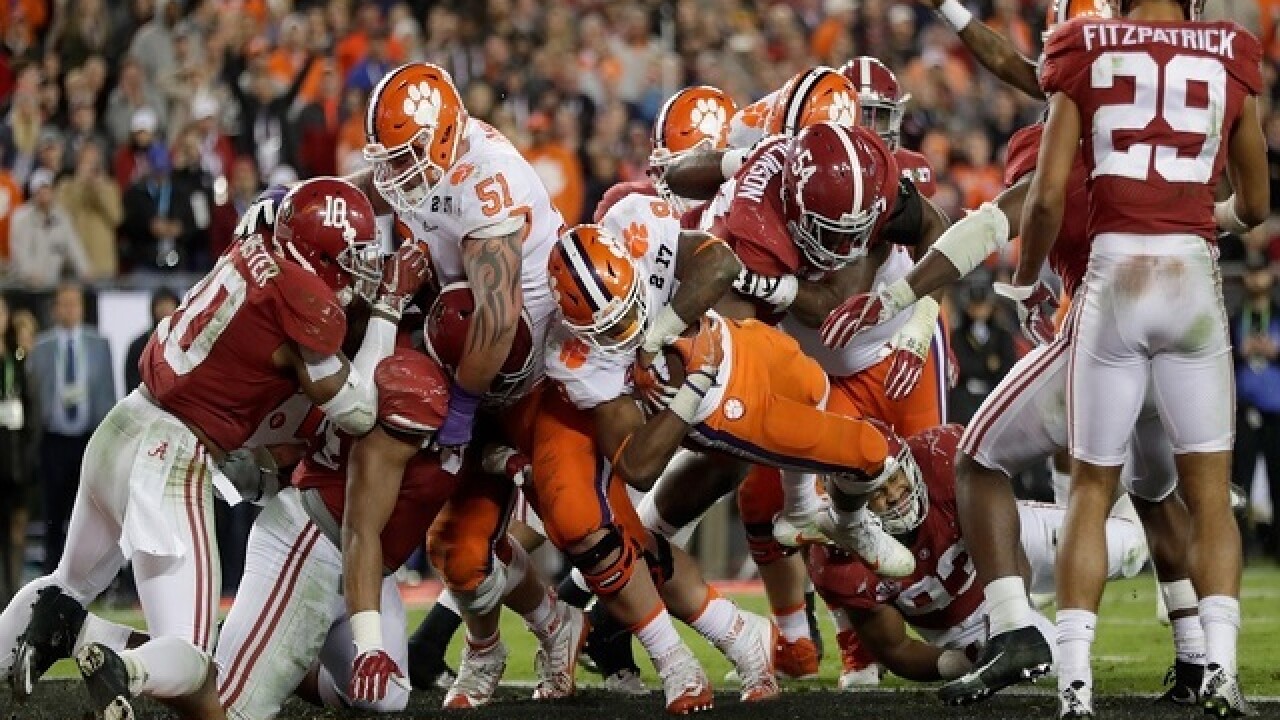 Copyright 2017 Scripps Media, Inc. All rights reserved. This material may not be published, broadcast, rewritten, or redistributed.
Jamie Squire/Getty Images
<p>Running back Wayne Gallman #9 of the Clemson Tigers rushes for a 1-yard touchdown during the fourth quarter against the Alabama Crimson Tide in the 2017 College Football Playoff National Championship Game at Raymond James Stadium.</p>

Alabama may have lost to Clemson Monday night, but Las Vegas sports books might be the biggest losers after the College Football Playoff National Championship Game.

Bookmakers told ESPN there was an estimated $15 million to $20 million bet on the national championship game across Nevada and most of it went to the Clemson Tigers, who were the underdogs.

William Hill told ESPN it was a 7 figure hit, calling it the "single worst lost of any game."

Representatives from Caesars and MGM also told ESPN they took big losses on the national championship.