Las Vegas Lights home opener to be against Reno 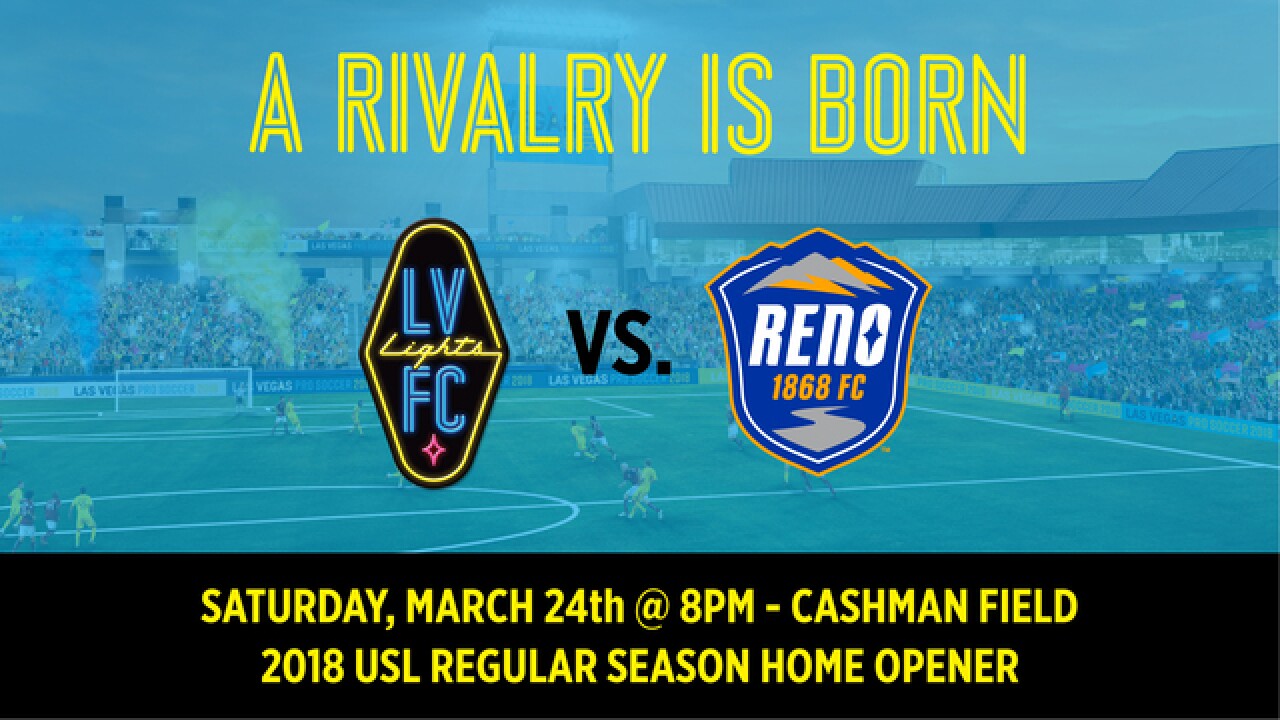 Copyright 2018 Scripps Media, Inc. All rights reserved. This material may not be published, broadcast, rewritten, or redistributed.
Las Vegas Lights

The first regular season home match for Las Vegas Lights Football Club at Cashman Field may double as the birth of an in-state rivalry.

Lights FC will host Reno 1868 FC on March 24 at 8 p.m. Single game tickets can now be purchased for the first installment of the all-Nevada showdown by visiting LightsFC.com/SingleTix, or by phone at 702-728-GOAL (4625).

Before opening the regular season at home in late March, Lights FC will host a trio of visiting MLS clubs at Cashman Field on consecutive weekends as part of Soccer Spring Training. Those matches will feature Lights FC vs. Montreal Impact on Feb. 10, Lights FC vs. Vancouver Whitecaps FC on Feb. 17 and Lights FC vs. D.C. United on Feb. 24.

Reno 1868 FC enters its second season in the United Soccer League (USL), having gone 17-7-8 in 2017, finishing 3rd in the Western Conference and earning a spot in the USL Cup Playoffs.

The Soccer Spring Training matches are included along with the entire home regular season slate in all 2018 season ticket packages, which start at just $200 and include a free Lights FC team jersey with each seat purchased ($80 value). Tickets for groups of 10 or more are also now on sale, starting at just $18 per ticket, with each ticket purchased including a free Lights FC scarf (valued at $20).