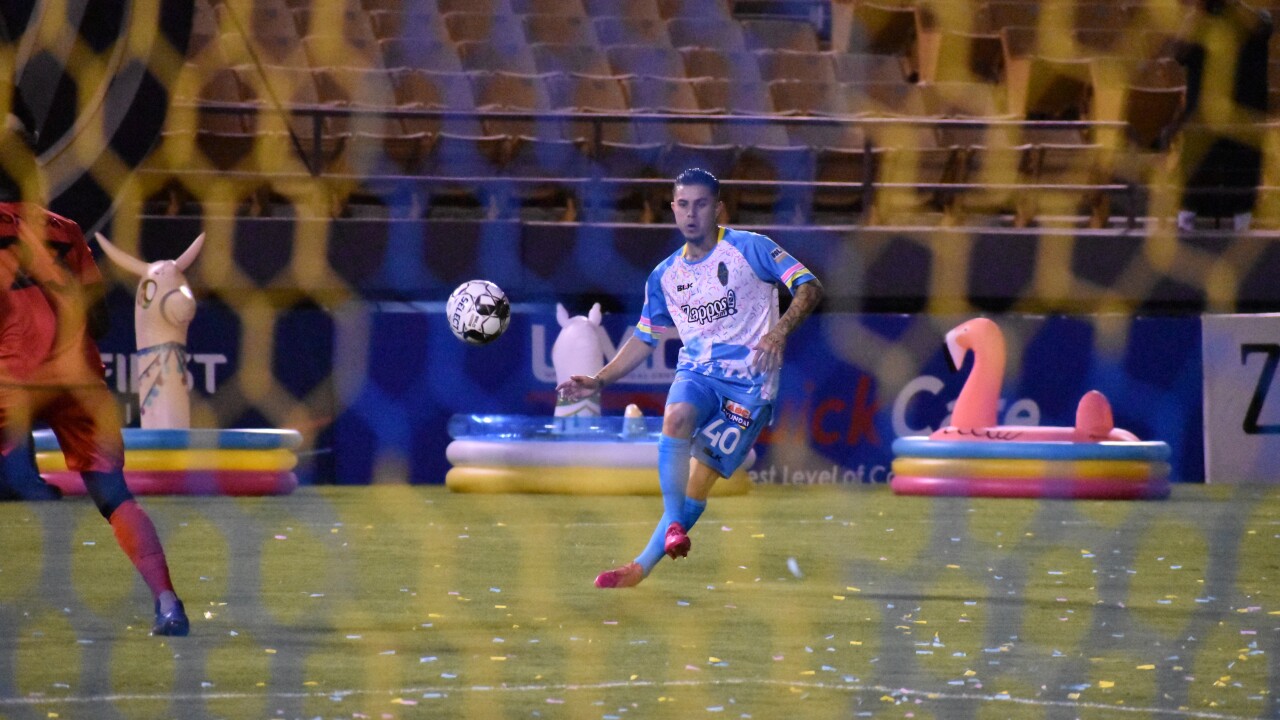 Rising entered the game as the team with the best point tally in the USL Champions League Western Conference.

Phoenix took the lead just five minutes into the first half off of a strike from Rufat Dadashow.

Las Vegas had opportunities in the first half, out-shooting Rising FC 12 to 5. But none of those shots were on target.

The second half was a hard-fought battle with back and forth actions between these squads, with the visiting side extending their lead courtesy of USL's top scorer Junior Flemmings, who in the 67th minute found the back of the net for the tenth time this season.

Lights FC got one back in the 80th minute with a Yamikani Chester header, this was the first goal for the Malawi National Team member since joining Las Vegas as a free agent in the offseason.

A penalty kick was called in favor of Phoenix in the 90th minute that USL Championship MVP Solomon Asante kicked to his right, Lights FC goalkeeper "Lalo" Delgado deflected the ball, but it still ended up going into the back of the net.

With this being the first time in the 2020 season that Lights FC’s defense has allowed multiple goals at Cashman Field, it seemed like it was "Mission Impossible" to get a comeback in added time ... but never tell this team the odds, especially in Las Vegas.

An own-goal from A.J. Cochran in the fourth minute of added time put the Lights' within one score. And when a foul was called in favor of Las Vegas in the 99th minute, the equivalent of a soccer hail-mary happened with Junior Burgos taking a free-kick from midfield.

Ramon Martin Del Campo knocked it down with his head to Las Vegas native Blake Frischknecht, who hit the ball with his heel back to Martin Del Campo who completed an epic come-from-behind 3-3 draw against the best team in USL Championship's Western Conference.