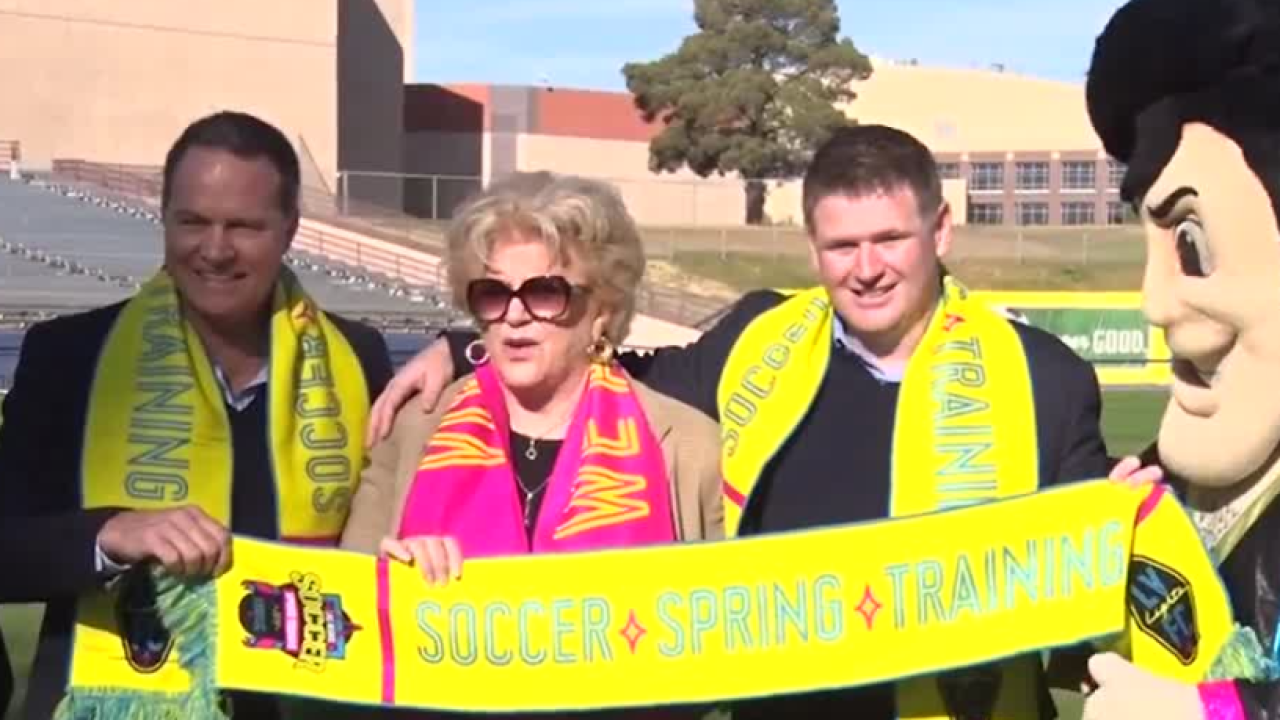 The Las Vegas Lights announced preseason matches will begin in February with the home opener on March 9.

Las Vegas Mayor Carolyn Goodman attended the event at Cashman Field, saying there is a lot to look forward to next season.

The first preseason game is Feb. 2 against the Toronto FC at Cashman Field while the Lights will play the Colorado Rapids on Feb. 16. The home opener will be March 9 at 7:30 p/m. against Austin Bold.

Single-game tickets are now on sale, starting at $15. Tickets are available on LasVegasLightsFC.com.