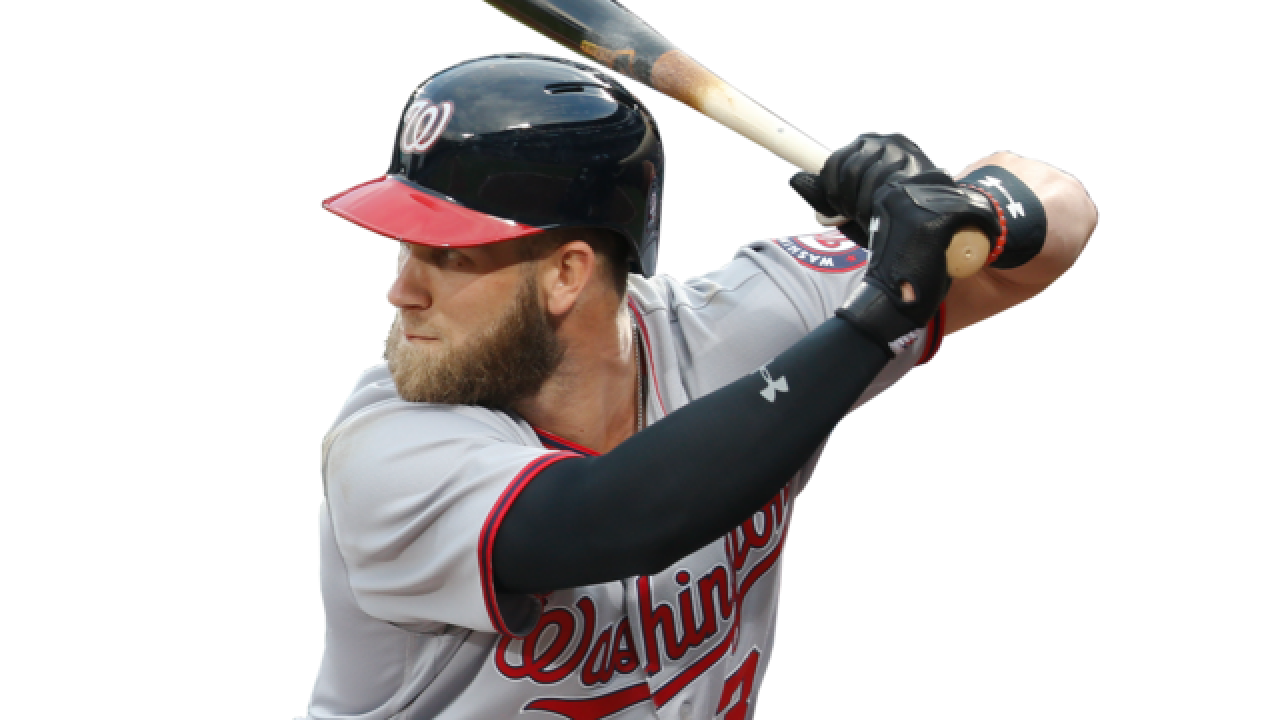 Copyright 2017 Scripps Media, Inc. All rights reserved. This material may not be published, broadcast, rewritten, or redistributed.
APimages

Las Vegas' own Bryce Harper thrilled the home crowd and surely made his father proud, winning the All-Star Home Run Derby on Monday night with an exceptional display of power that carried him past Kyle Schwarber of the Chicago Cubs 19-18.

Harper hit the contest-winning blast in extra time, the reward for hitting two homers at least 440 feet during the 4 minutes of regulation. After he connected with the game winner, the Washington Nationals slugger threw his bat in the air and pointed both index fingers toward the sky as a shower of streamers rained upon the crowd of 43,698.

Harper arranged to have his father, Ron, pitch to him in the annual contest on the eve of the All-Star Game. Harper, a six-time NL All-Star, responded with a performance that drew the loudest cheers of the night.

Wearing a headband that resembled the District of Columbia flag and displaying a right sleeve with stars and stripes, Harper trailed 18-9 with 1:20 left before rallying.