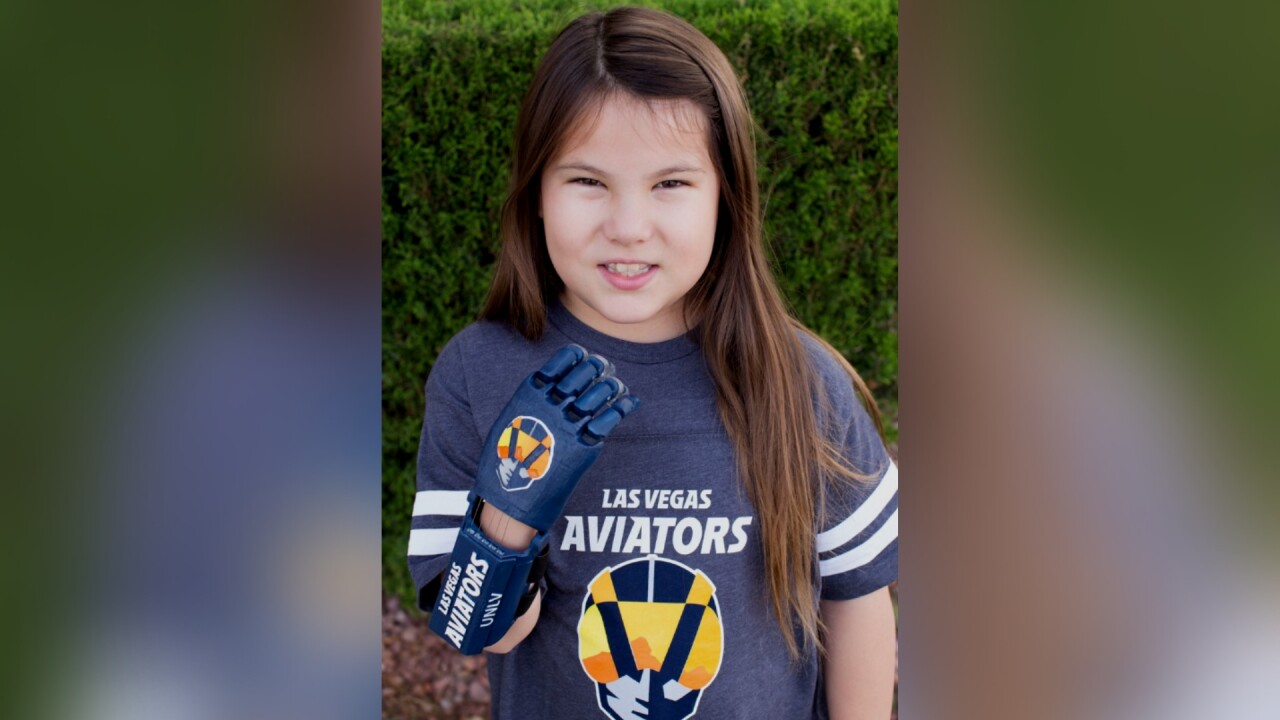 LAS VEGAS (KTNV) — A local girl who has captured the hearts of many with her 3D-printed hand will once again take center stage in Las Vegas.

Hailey Dawson completed her mission last of year of throwing out the first pitch at every Major League Baseball stadium.

Now, she will add another special moment to her resume as she will throw out the first pitch at the new Las Vegas Ballpark in Summerlin at the Aviators first-ever home game Tuesday night.

Hailey was born with an underdeveloped right hand due to a rare birth defect called Poland's Syndrome. She is without three fingers, and her hand is non-functional.

Doctors told Hailey’s mother that when her daughter grows up, she could be fitted with a custom prosthetic hand.

However, such devices can be very costly and that's when a group of engineering students at UNLV agreed to take on the task.

Hailey was fitted with a robotic hand the engineers crafted, and she has not only thrown out the first pitches but also dropped a puck at a key Golden Knights game in Las Vegas.

Monday, Hailey and her team said they are honored to once again be a part of history with an opening night first-pitch appearance.

The home opener Tuesday night starts at 7:05 p.m. with the Aviators taking on the Sacramento River Cats.

We are honored to announce that Hailey will be a part of Las Vegas history tomorrow with @Athletics Triple AAA Team @AviatorsLV opening night @LVBallpark when she throws out the first pitch. New team, new ballpark, first ever opening night. pic.twitter.com/XXTW1kwj9h