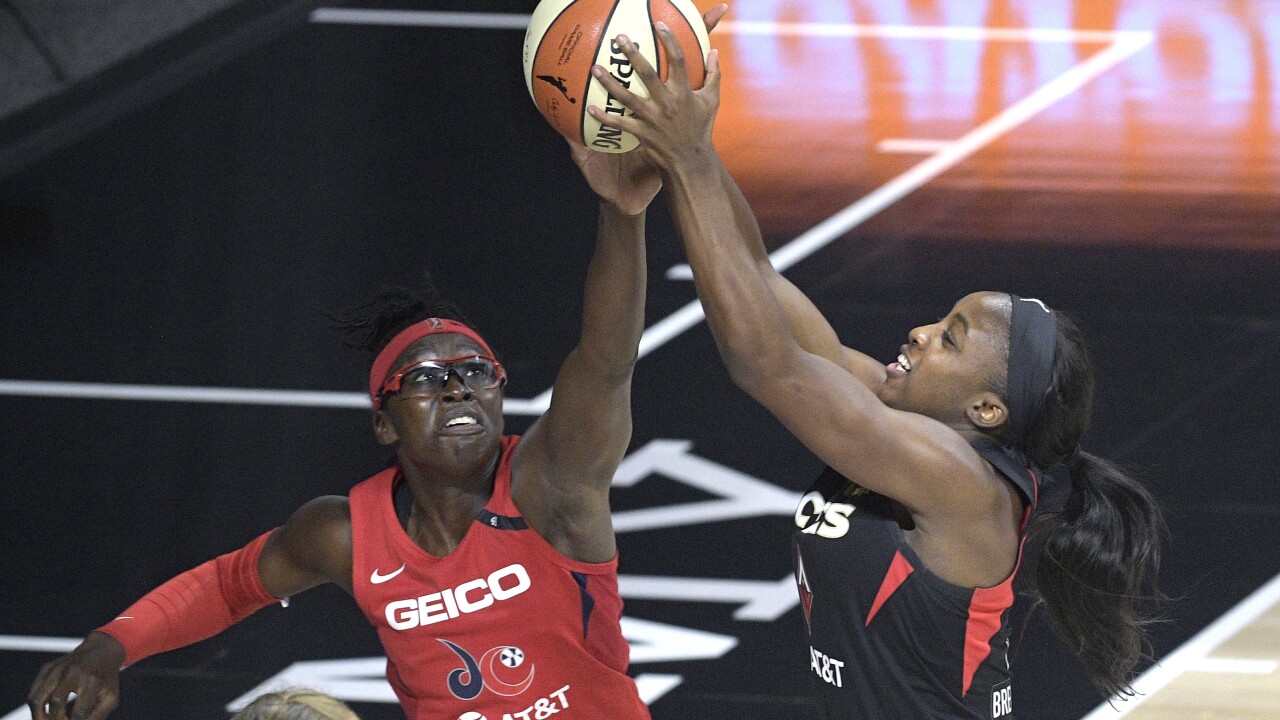 Dearica Hamby had 14 points and five assists for the Aces. Sugar Rodgers shot 4 of 6 from 3-point range and A'ja Wilson had four steals.

The Mystics went scoreless for nearly five minutes as Las Vegas used a 12-0 run to make it 20-10 late in the first quarter and take the lead for good.

The Aces shot 53.8% from the field. Ariel Atkins led the Mystics with 17 points.