Wilson has 29 points, 7 blocks; Aces even series with Sun 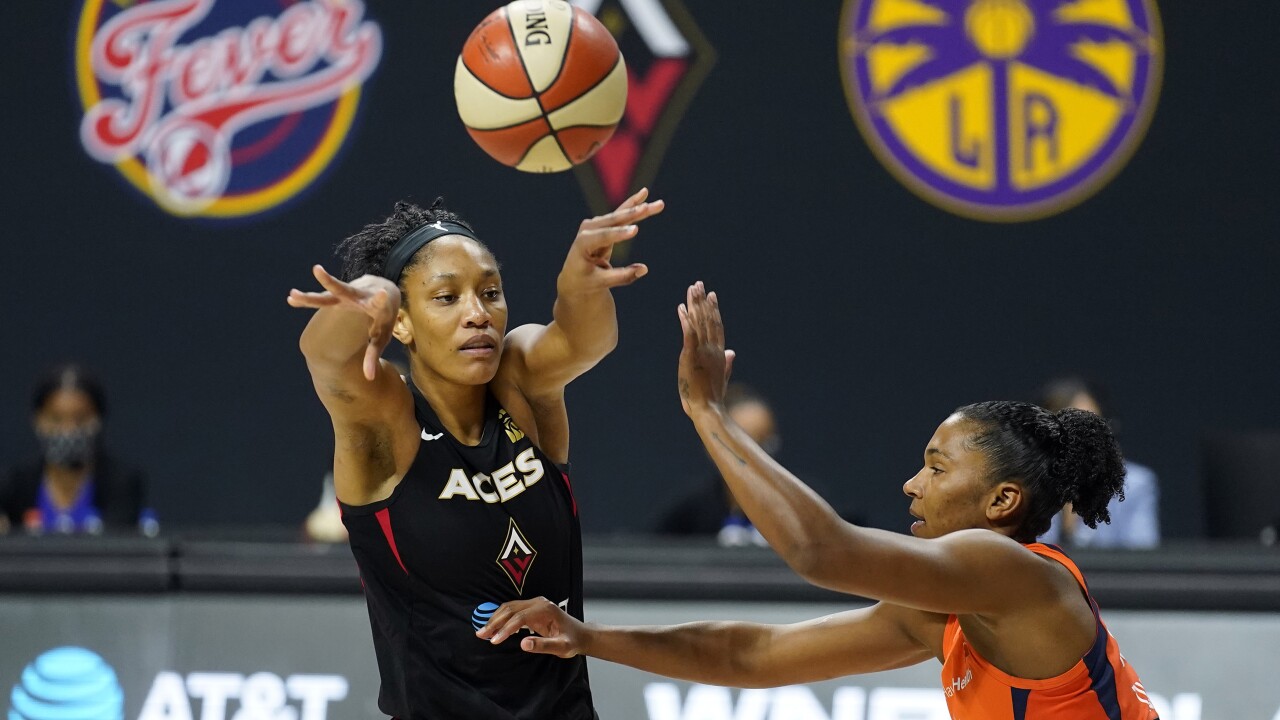 BRADENTON, Fla. (AP) — A’ja Wilson had 29 points, seven rebounds and a career-high seven blocks to lead the top-seeded Las Vegas Aces past the Connecticut Sun 83-75 to even the best-of-five playoff series at 1-1.

Wilson converted a three-point play with 1:03 remaining to break a tie at 75. After Connecticut’s 17th turnover of the game, Wilson drove to the basket again, bobbled it and made the layup while being fouled.

She missed the free throw, but Angel McCoughtry grabbed the rebound and Dearica Hamby made 1 of 2 free throws for an eight-point lead. McCoughtry, Hamby and Kayla McBride each added 11 points for Las Vegas. DeWanna Bonner led Connecticut with 23 points.