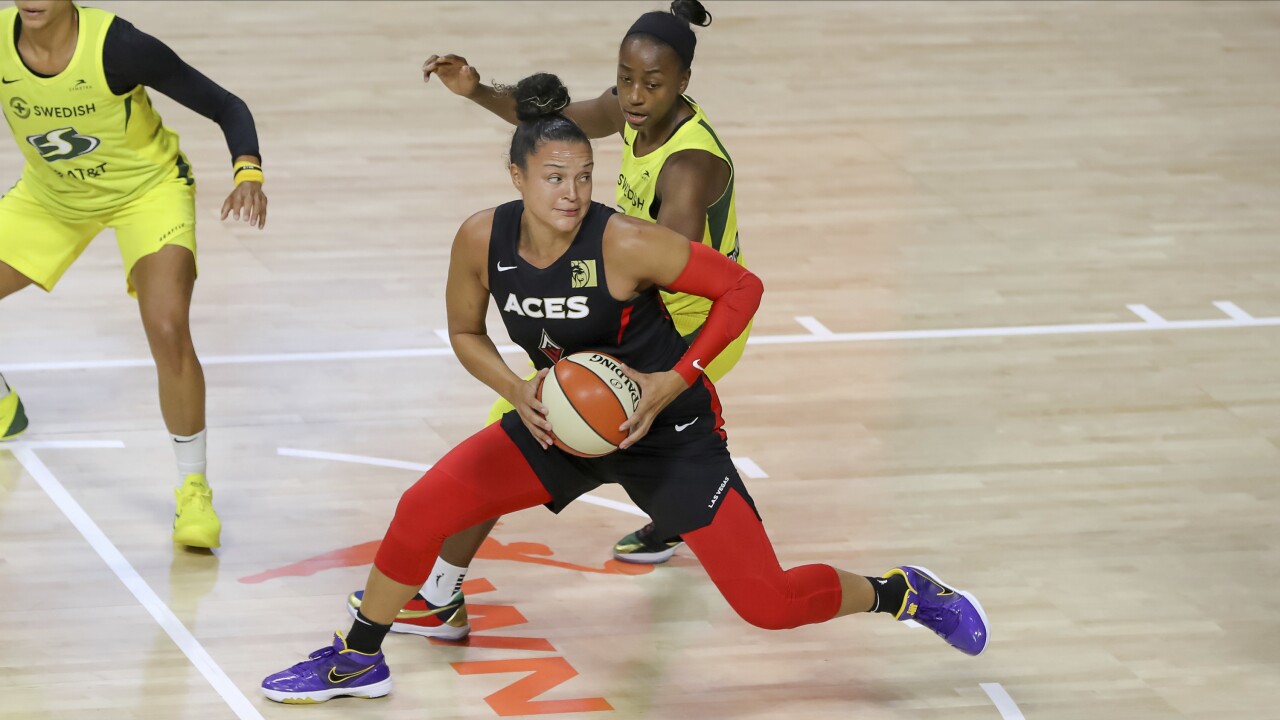 BRADENTON, Fla. (AP) — A’ja Wilson scored nine of her 23 points in the second quarter as Las Vegas pulled away for good and the Aces beat the Seattle Storm 82-74.

Jackie Young was fouled as she hit a jumper and made the and-1 free throw to open the second quarter and spark an 11-2 run that made it 30-20.

The Aces led the rest of the way.

Seattle has lost back-to-back games for the first time this season.