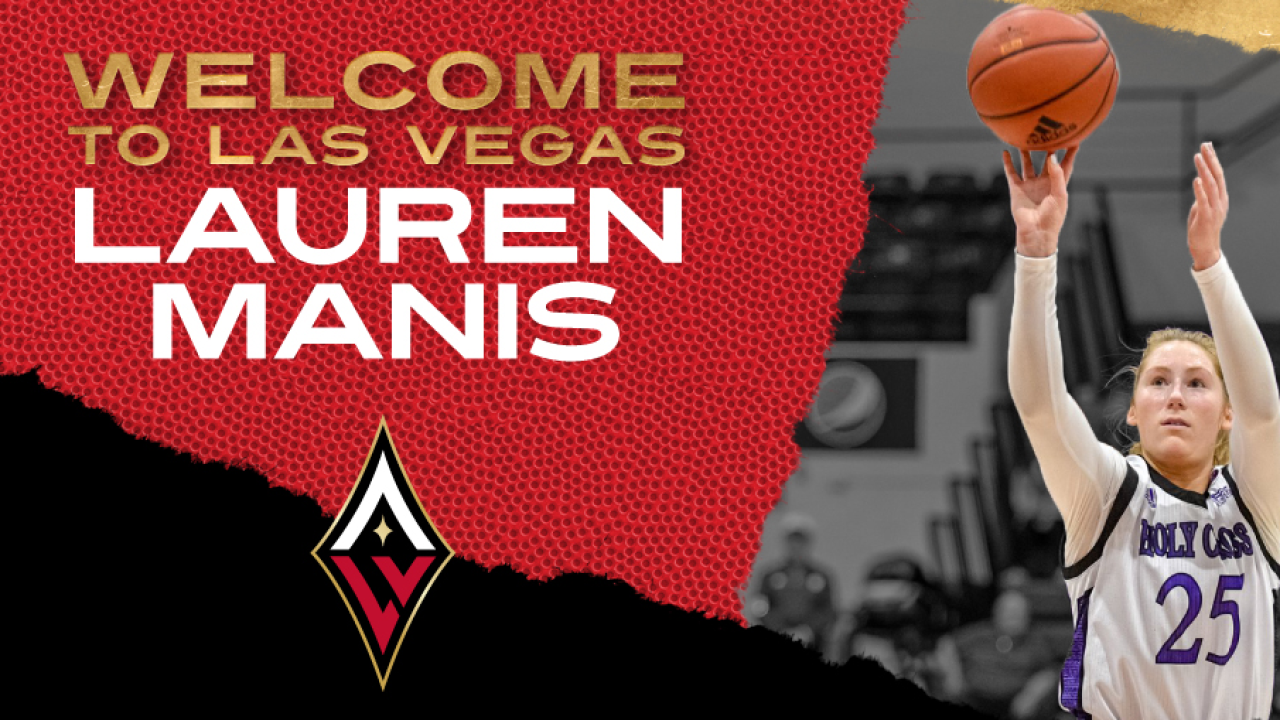 The Aces sent their first and second round picks in this year’s draft to the Dallas Wings last May as part of the trade that brought three-time All-Star center Liz Cambage to Las Vegas.

"When you are picking in the third round, you look for a unique skill set that the player has," explained Aces General Manager Dan Padover. "Lauren has always been a good rebounder, and a good scorer, but her three ball level got really good this past year (46.3%), and she has a really quick release. We can always use help with another three-baller."

Manis averaged 18.6 points and 11.5 rebounds as a senior this season. She started 121 of 122 games for the Crusaders in her four year career, becoming the first men’s or women’s basketball player in school history to surpass the 2,000 career point and 1,000 career rebound plateaus.

She was named to the First-Team All-Patriot League in each of her last three seasons, and made the Patriot League All-Defensive Team as a senior.

With the 33rd pick in the #WNBADraft, the Las Vegas Aces select Lauren Manis from @HCrossWBB.

Selected by the @LVAces with the 33rd overall pick on Friday, @TheManisLauren became the first player in school history to be selected in the @WNBA Draft: https://t.co/SQQaOzCnWX#GoCrossGo pic.twitter.com/i1M0HrMvYS