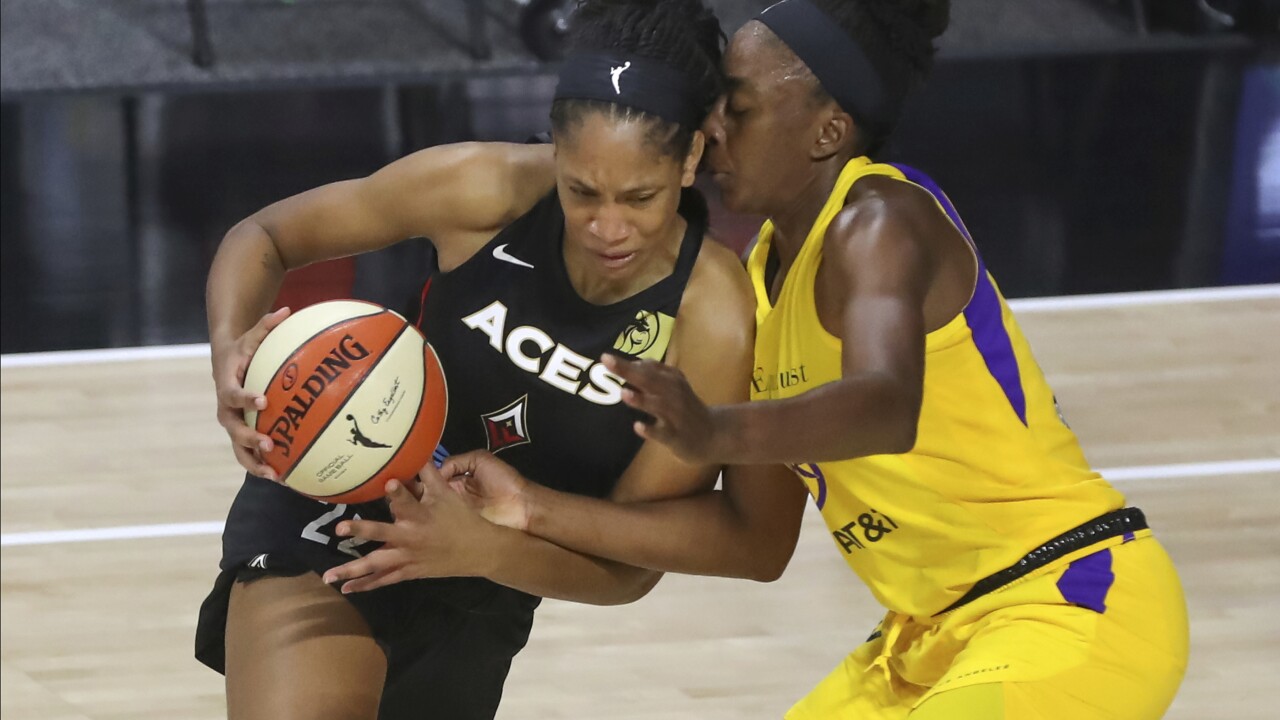 BRADENTON, Fla. (AP) — A'ja Wilson scored 19 points with eight rebounds and the Las Vegas Aces beat the Los Angeles Sparks 84-70 to clinch a top-two finish and a double-bye into the playoff semifinals that comes with it.

The Aces take on first-place Seattle (18-3) in a regular-season finale on Sunday.

Nneka Ogwumike scored 24 points with seven rebounds for the Sparks.