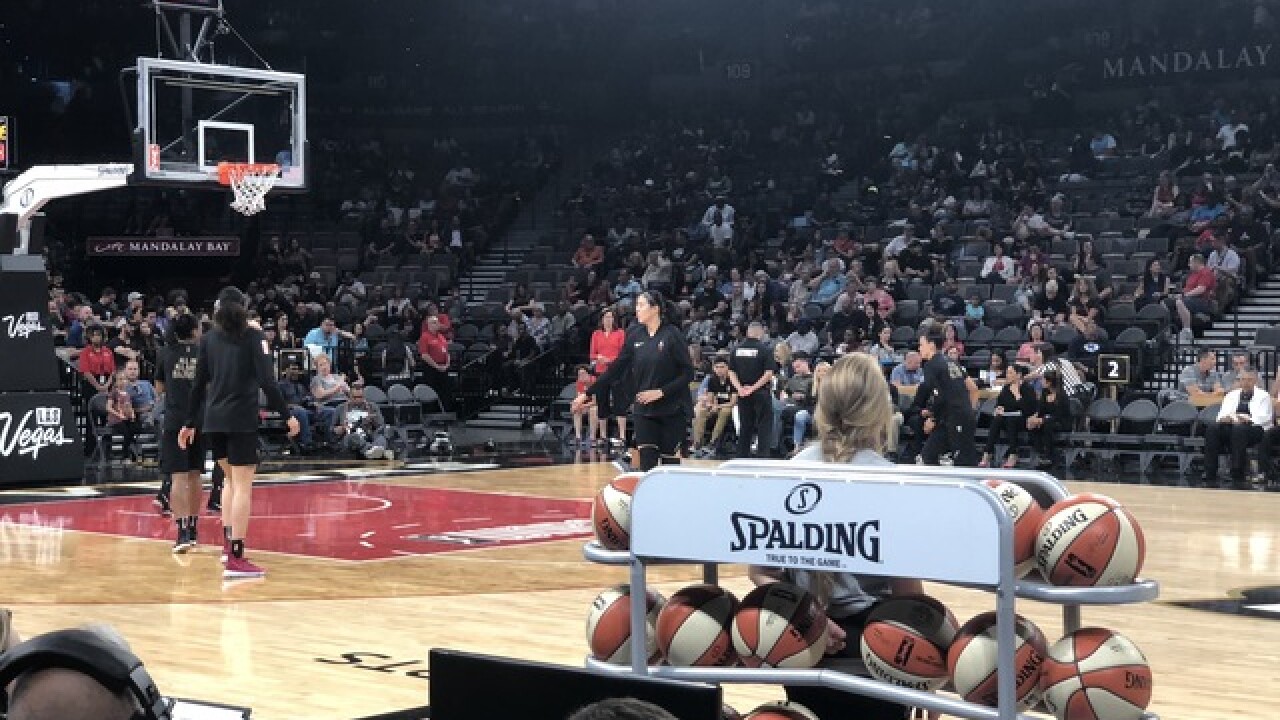 Copyright 2018 Scripps Media, Inc. All rights reserved. This material may not be published, broadcast, rewritten, or redistributed.
Kel Dansby

The Las Vegas Aces will pick first in the WNBA draft.

Las Vegas won the draft lottery Tuesday night after barely missing the playoffs this past season.

The Aces had the second-best chance (27.6 percent) to secure the top choice after finishing with the second-worst combined record the past two seasons. They drafted Kelsey Plum in 2017 when the franchise was still in San Antonio and took A'ja Wilson with the No. 1 pick this past season.

The New York Liberty will draft second after moving up from the fourth spot. Indiana, which had a 44 percent chance to get the top pick, will go third and Chicago will pick fourth.

While there may not be a marquee player in this season's draft like Wilson, there are a lot of talented seniors led by centers Kalani Brown of Baylor and Teaira McCowan of Mississippi State. Louisville guard Asia Durr and Final Four MVP Arike Ogunbowale are also in the class. As usual, UConn also has two potential lottery picks in Katie Lou Samuelson and Napheesa Collier.

Dallas will pick fifth and Minnesota sixth. The Lynx will be followed by Los Angeles, Phoenix, Connecticut, Washington, Atlanta and Seattle.