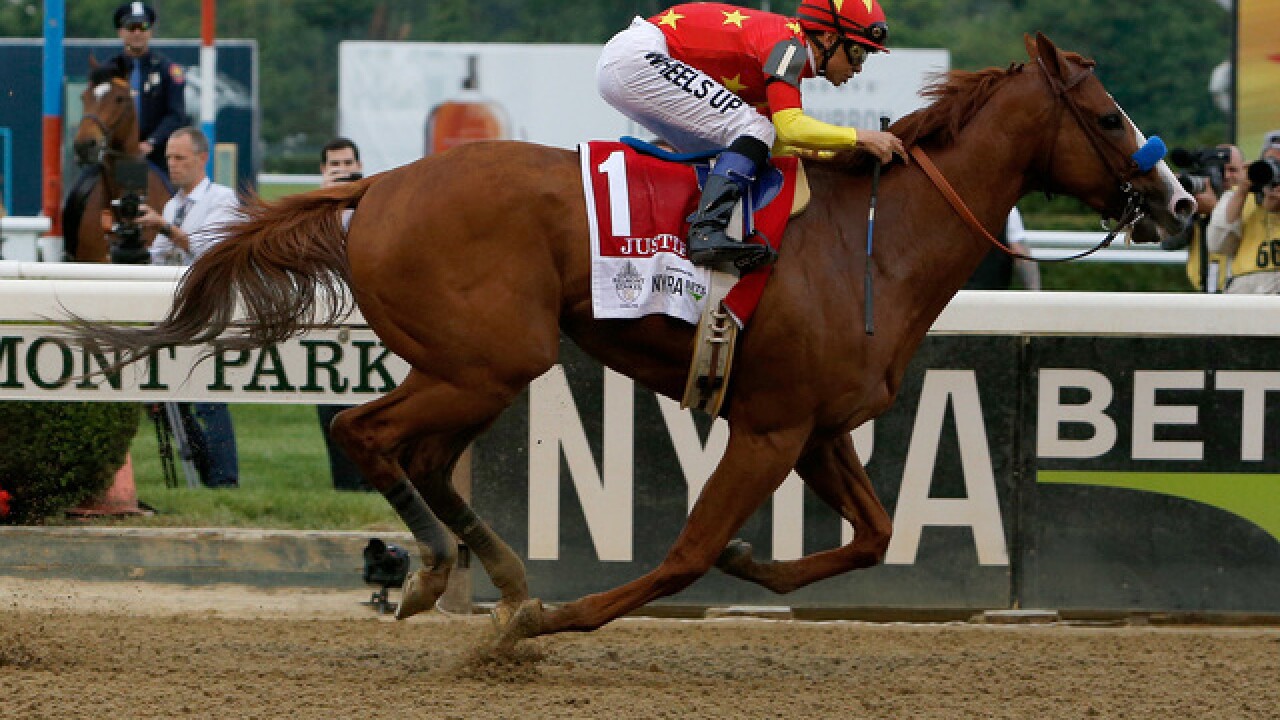 Copyright 2018 Scripps Media, Inc. All rights reserved. This material may not be published, broadcast, rewritten, or redistributed.
Michael Reaves/Getty Images
<p>Justify #1, ridden by jockey Mike Smith crosses the finish line to win the 150th running of the Belmont Stakes at Belmont Park on June 9, 2018 in Elmont, New York. Justify becomes the thirteenth Triple Crown winner and the first since American Pharoah in 2015.</p>

Justify has won the Triple Crown.

The Preakness and Kentucky Derby winner became thoroughbred racing’s 13th Triple Crown with a front-running victory in the Belmont Stakes.

American Pharoah ended a 37-year Triple Crown drought in 2015. It was the second Triple Crown for trainer Bob Baffert and the first for jockey Mike Smith.

Gronkowski finished second in the 1 1/2 mile race. Hofburg was third in the thrilling race in which Justify was challenged momentarily at the top of the stretch and then drew off the roars of a crowd of 90,000.