It's official: The iconic LeBron James banner in downtown Cleveland is coming down 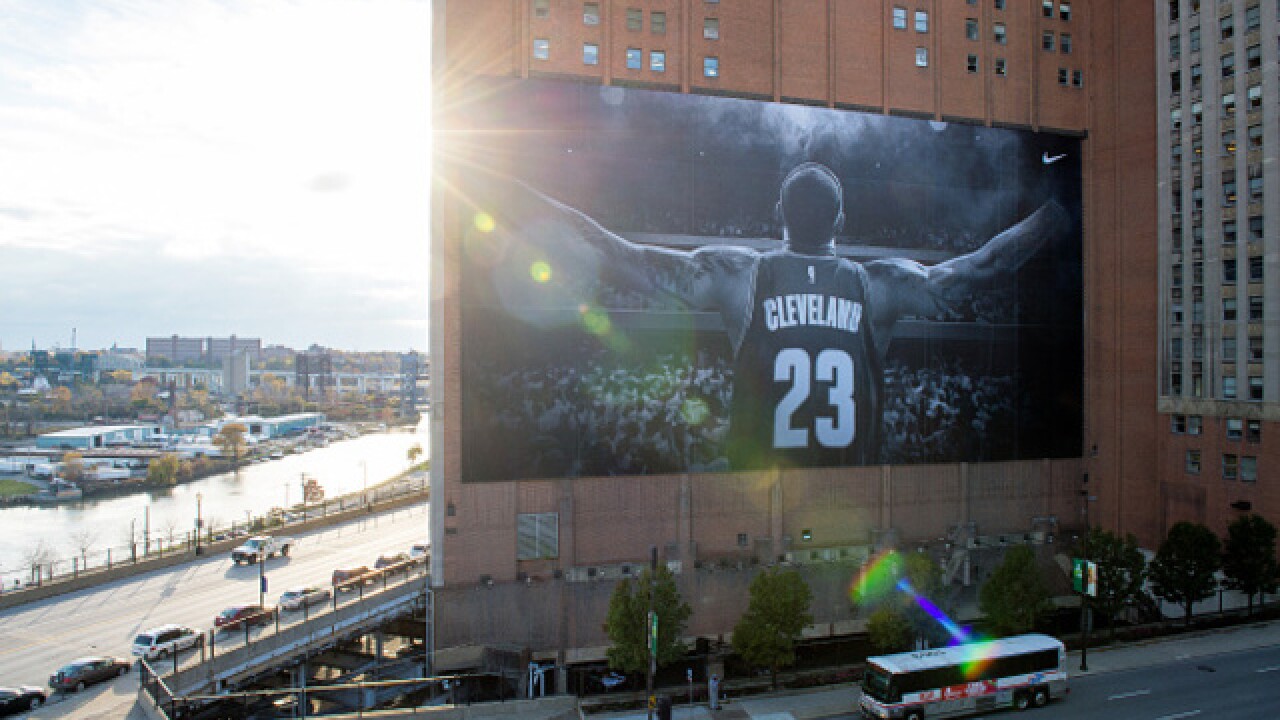 Image copyright 2018 Getty Images. All rights reserved. This material may not be published, broadcast, rewritten, or redistributed.
Jason Miller
<p>CLEVELAND, OH - OCTOBER 30: A general view of a new LeBron James banner outside Quicken Loans Arena before a game between the Cleveland Cavaliers and the New York Knicks on October 30, 2014 in Cleveland, Ohio. NOTE TO USER: User expressly acknowledges and agrees that, by downloading and or using this photograph, User is consenting to the terms and conditions of the Getty Images License Agreement. (Photo by Jason Miller/Getty Images)</p>

It's the end of an era: The iconic LeBron James banner will be coming down as he embarks on a new journey to the west coast, according to Sherwin-Williams, who owns the building.

The banner, located across the street from the Cavaliers' home arena, Quicken Loans Arena, has become a popular destination for fans and tourists to revel in all "the King's" glory, but soon it will be just another empty brick wall in the city landscape.

Sherwin-Williams said it "is evaluating other options" for its Global Headquarters Wall.

The banner was installed before the Cavs' home opener in October 2014 after James returned for a second stint with the Cavaliers.

The banner will reportedly be taken down this week.