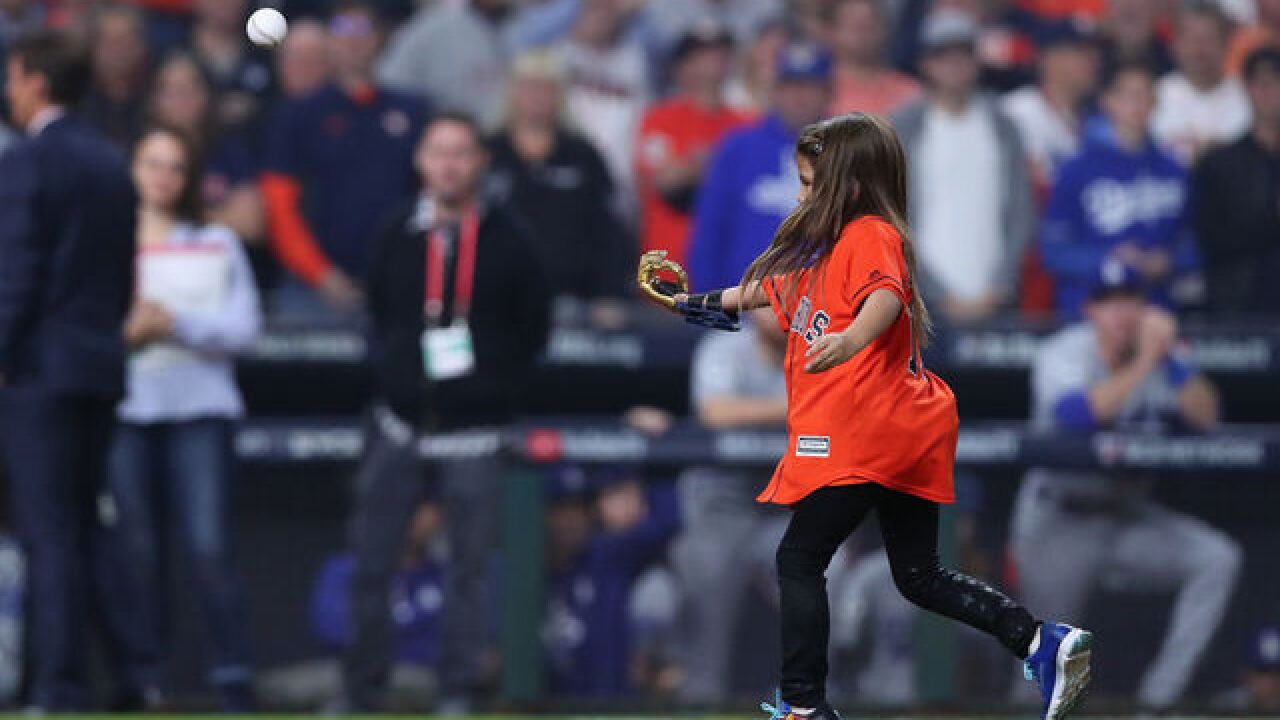 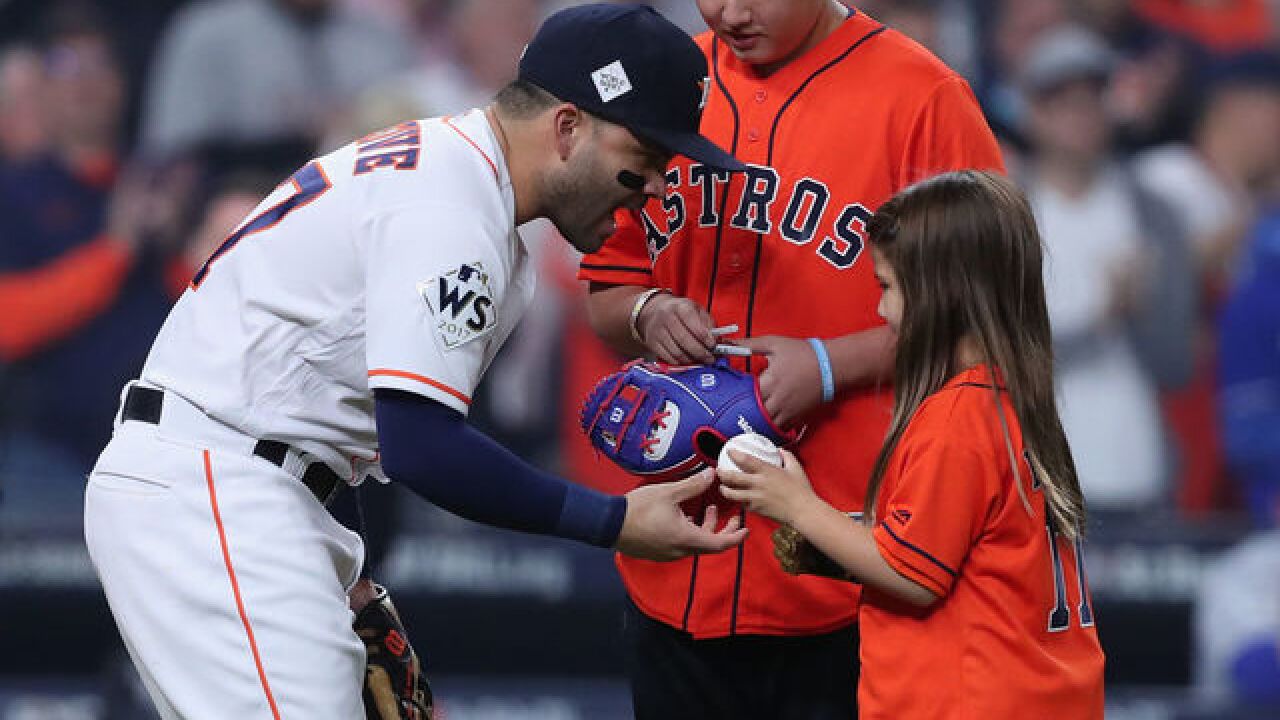 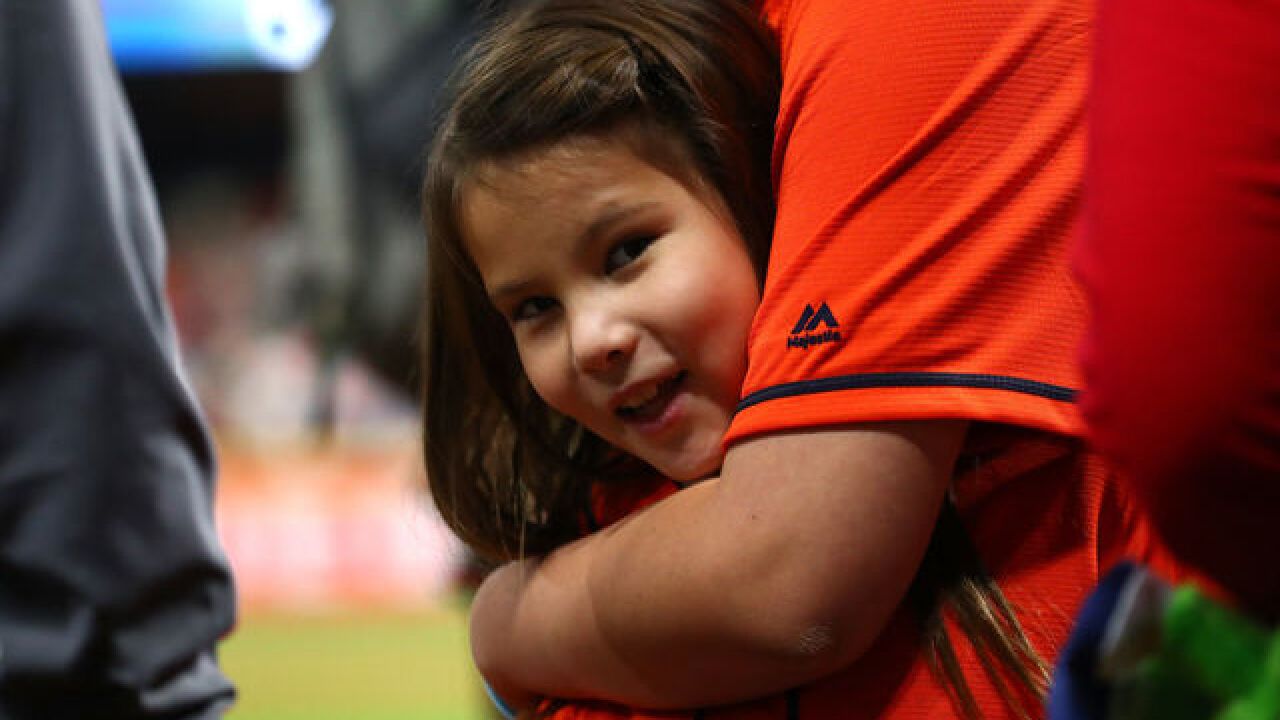 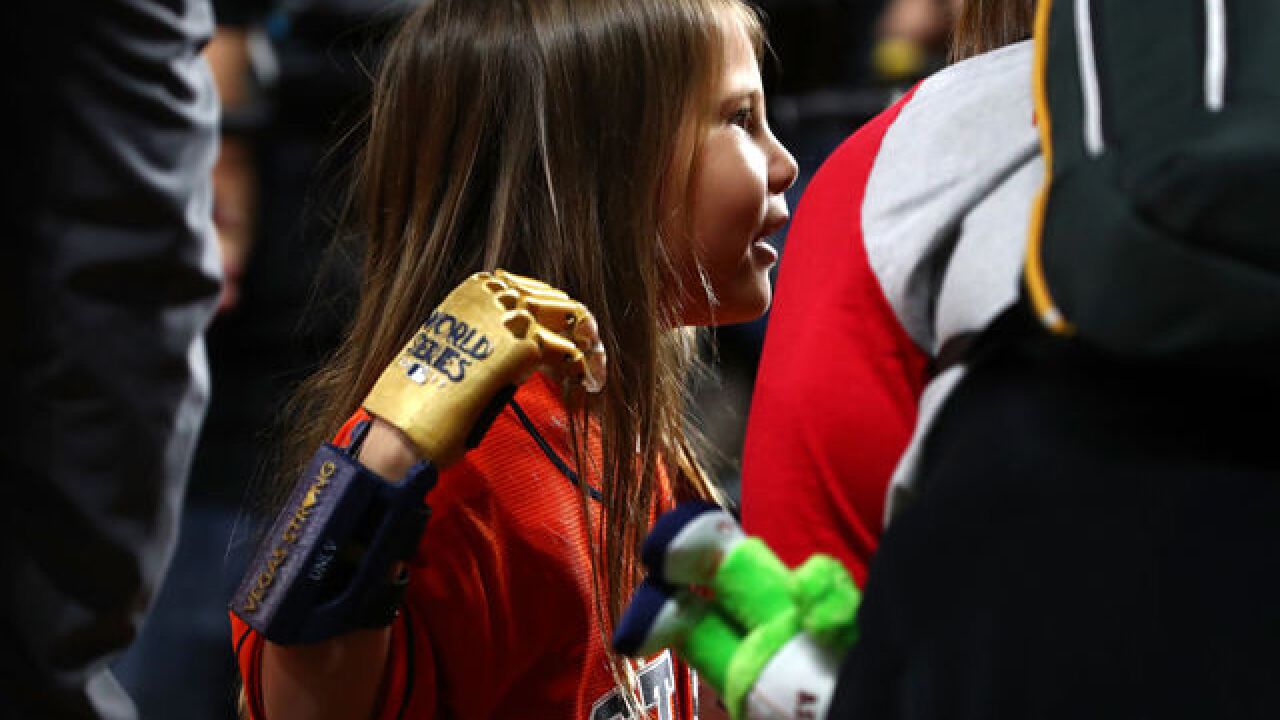 Seven-year-old Hailey Dawson from Henderson, who was born without three fingers on her right hand, threw out the ceremonial first pitch with a 3-D printed prosthetic hand.

Dawson's prosthesis was gold and had the words "World Series" on it. She tossed the ball to Astros star Jose Altuve, who hugged her before signing the hand.

Dawson, whose goal is to throw out a pitch at every major league ballpark, started by tossing out one at Nationals Park in June.