The team is hosting a camp to help raise funds 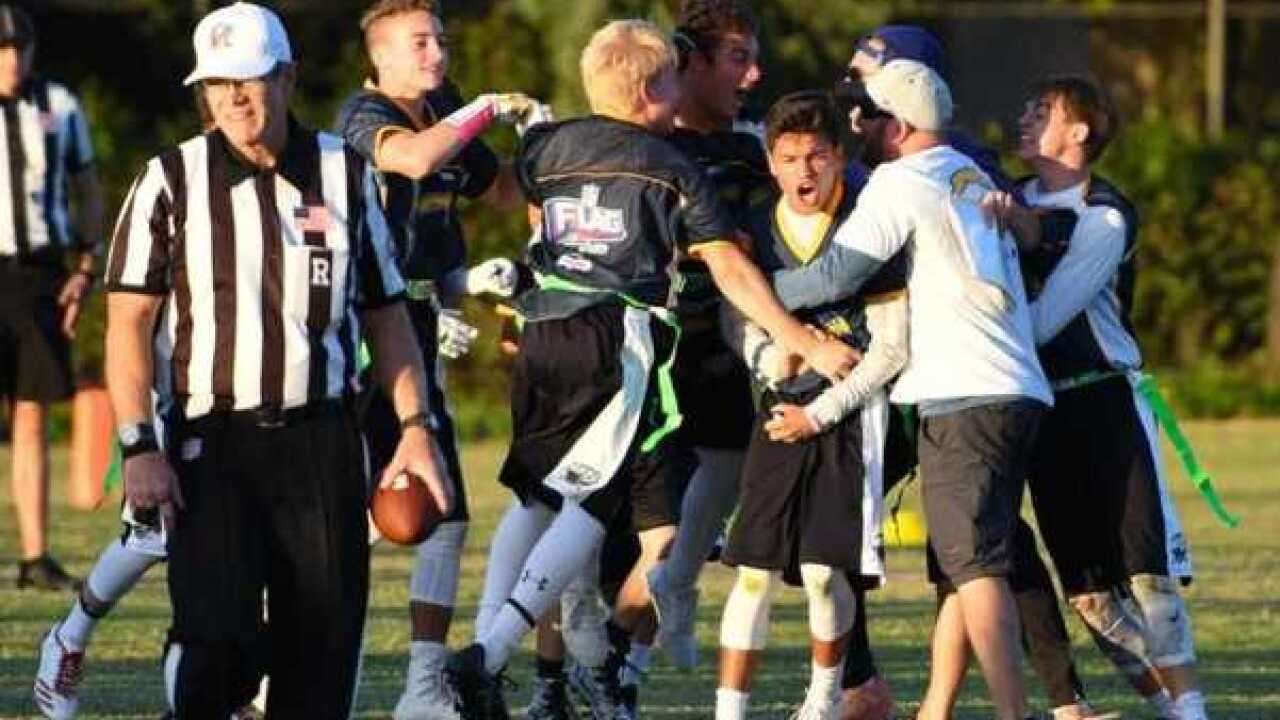 One Henderson youth team has earned the opportunity of a lifetime, a chance to compete in the NFL Flag Football national tournament in Orlando, Florida, but they'll need help from the community to make it happen.

The Chargers earned the spot by competing in – and winning – a regional tournament in Costa Mesa, California against teams from California, Nevada, and Hawaii. The team won 5 straight games to take the Western Regional Title.  The Chargers are now ranked in the top 10 of NFL Flag Football teams in the nation.

Their regional tournament win earned them the once-in-a-lifetime trip to Orlando. In Orlando, the team will compete against other top squads for a chance to play the championship in Orlando on Pro Bowl weekend.

In an effort to raise funds, the team is hosting a skills camp for children ages 5-12 on Dec. 2nd. They help to raise money to offset the cost of airfare and other travel costs. The event will take place at Haley Hendricks Park located at 811 Ithaca Avenue in Henderson from 9 a.m. to 11 a.m.

The cost of the skills camp is $20 per child and registration information can be found by emailing hfflroyalty@gmail.com.

The team also has a GoFundMe set up for those who'd like to donate.