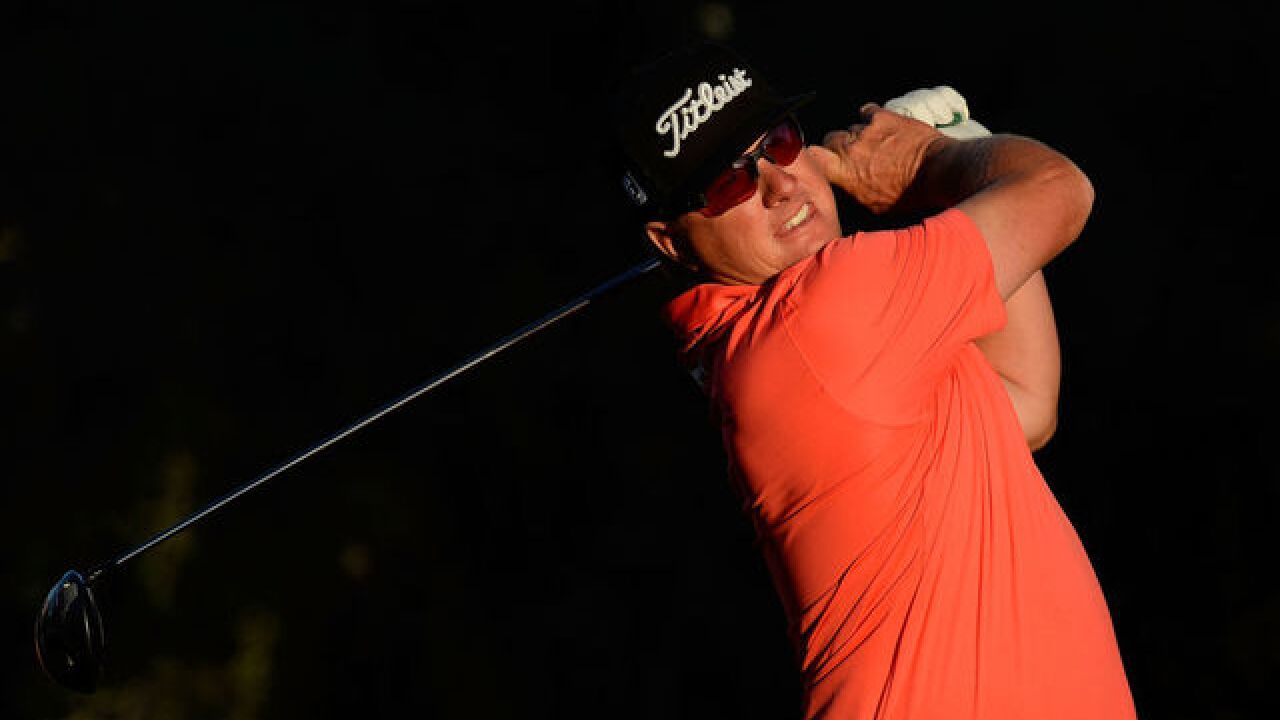 Copyright 2018 Scripps Media, Inc. All rights reserved. This material may not be published, broadcast, rewritten, or redistributed.
Robert Laberge
LAS VEGAS, NV - NOVEMBER 03: Charley Hoffman hits his tee shot on the 16th hole during the second round of the Shriners Hospitals For Children Open at the TPC Summerlin on November 3, 2017 in Las Vegas, Nevada. (Photo by Robert Laberge/Getty Images)

Professional golfer Charley Hoffman, a Las Vegas resident, has decided to do his part for the #VegasStrong movement by donating 100% of his weekend earning to victims fo the 1 October mass shooting.

Hoffman finished the Shriners's Hospital for Children Open at TPC Summerlin in Las Vegas tied for 18, which netted him $98,000. Understanding the need for continued support of the 1 October victims, Hoffman the entire amount to the victim relief fund.

These random acts of kindness and generosity show that the victims affected on October 1 are still in the hearts and consciousness of those in the community.