'He's just trying to protect me a bit' 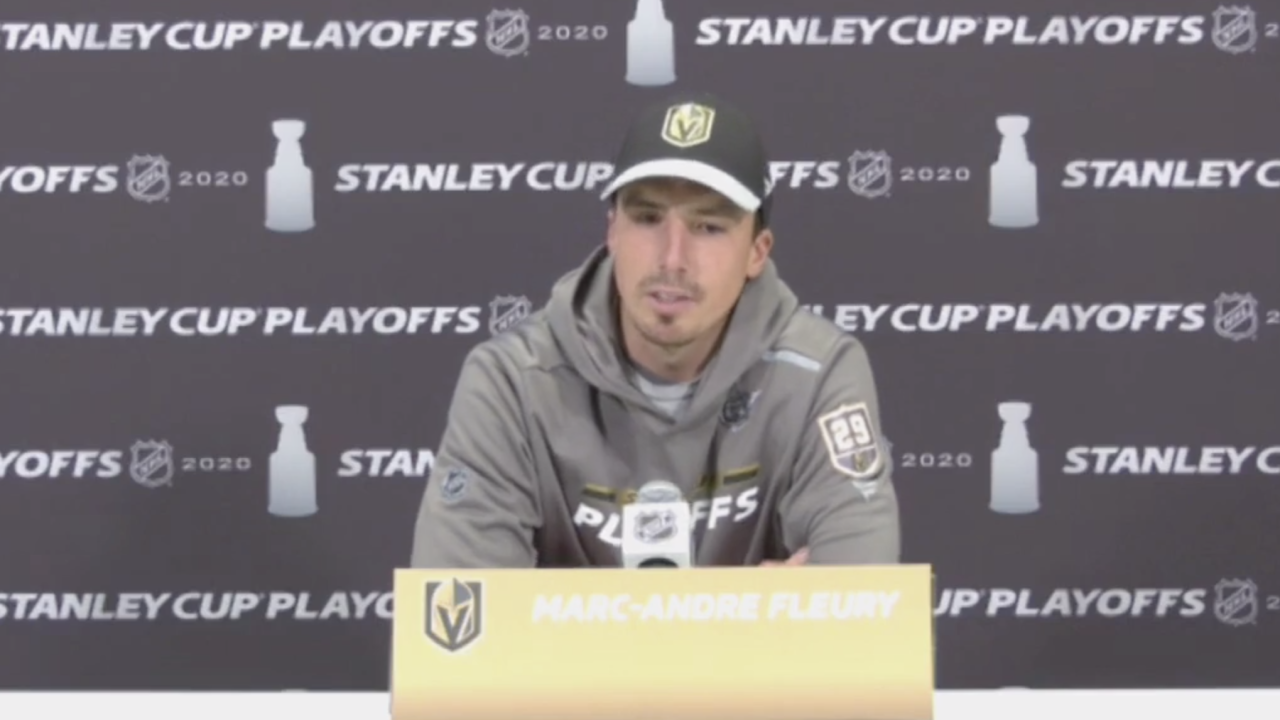 LAS VEGAS (KTNV) — Vegas Golden Knights goaltender Marc-Andre Fleury addressed a tweet sent out by his agent this weekend that had the NHL community buzzing during a short-notice press conference Sunday morning.

Watch his full remarks below:

Allan Walsh, his agent, tweeted out an obviously altered photo of Fleury on Saturday night being pierced from behind by a sword with VGK coach Peter DeBoer’s name engraved on the blade.

The tweet has since been taken down. During the press conference, Fleury said he asked Walsh to remove it.

Tonight, the Vegas Golden Knights begin a seven-game series against the Vancouver Canucks for round 2 of the playoffs.