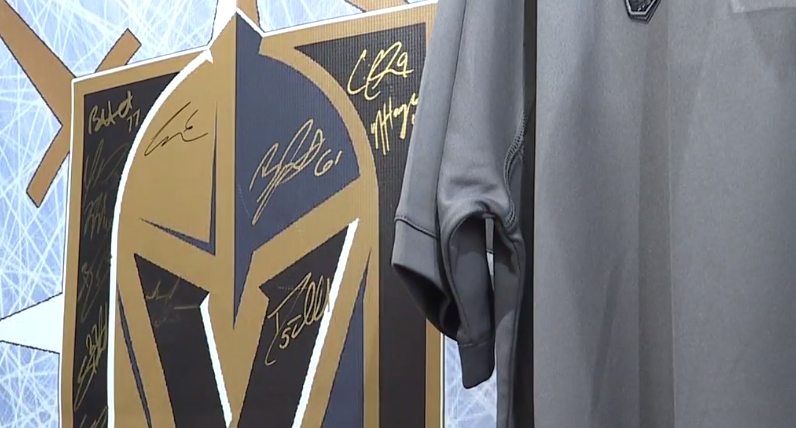 Golden Knights fans were disappointed after watching their team fall in Game 7 of their playoff series against the San Jose Sharks Tuesday.

LAS VEGAS (KTNV) — Golden Knights fans were disappointed after watching their team fall in Game 7 of their playoff series against the San Jose Sharks Tuesday.

The Sharks stormed back from three goals down to steal the game away from the Knights after a controversial penalty call was made about midway through the third period in what turned into a 5-4 final.

"Everybody was really sad about the whole thing," bartender Megan Keeney said.

Keeney was hosting a watch party for the Knights at the Moondoggies Bar and Grill, but, with the Knights out of the playoffs, she doesn't have another party to plan.

"The bar packs out every night," Keeney said. "Every time the Knights play."

Financial specialist Steve Budin estimated businesses would have made $7 to $8 million per game with a 2nd round playoff matchup that would have been against the Colorado Avalanche with as much as $10 million for home games.

These numbers include an estimated $3.2 million in ticket sales per game, $500,000 in cash influx for area businesses, and another $500,000 for in-stadium food and drink.

"That one screwed up everything," Keeney said. "I mean, from the city to the sales, to the town, the momentum of the Knights... everything."

However, at Sports Town USA in Summerlin, the staff had a more optimistic view of their apparel sales.

She also said the fan base is loyal, and would likely keep buying merchandise at her store - even after the loss.

"This team is here to stay," Gardonio said. "And the fans are going to stick with them."