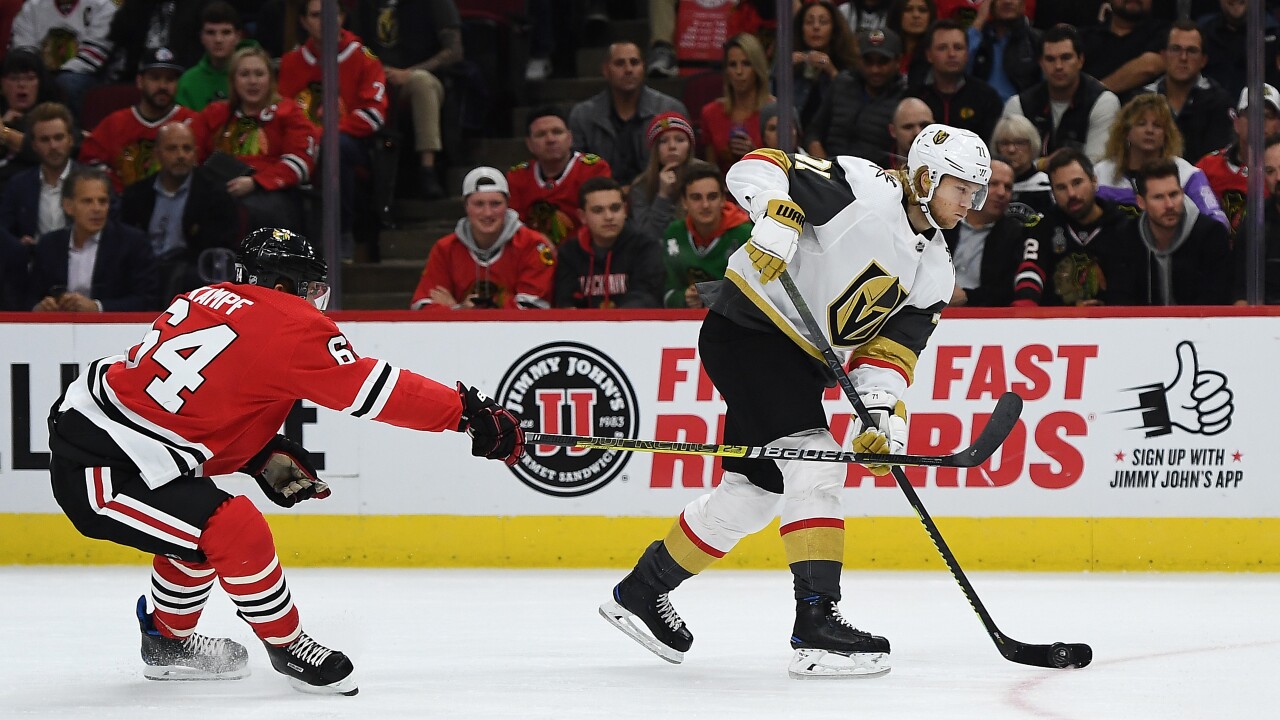 NEXT HOME GAME: Vegas Golden Knight take on the Colorado Avalanche on Oct. 25 at 3 p.m. at T-Mobile Arena.

ORIGINAL STORY
Vegas Golden Knights (6-4-0, third in the Pacific Division) take on Chicago Blackhawks (2-3-1, sixth in the Central Division) on Tuesday in Chicago.

The matchup Tuesday is the first meeting of the season between the two teams.

RELATED: Nominate someone in need for 13 Days and Knights of Giving