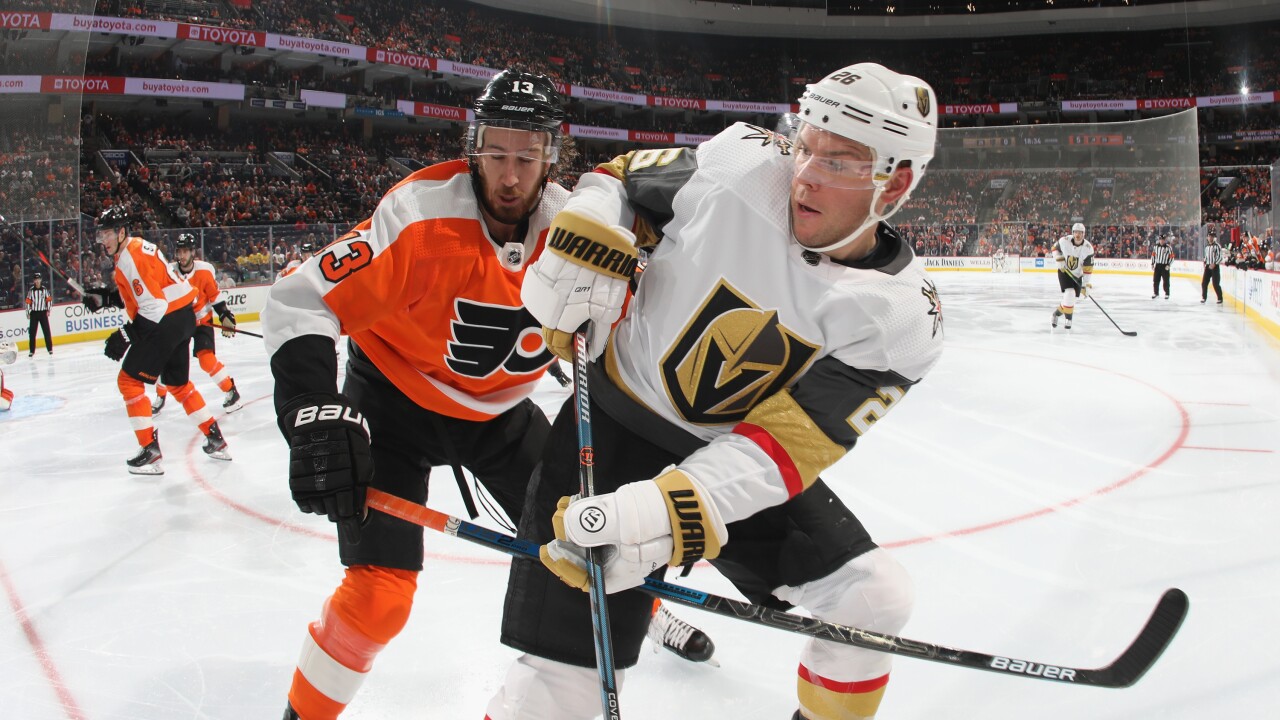 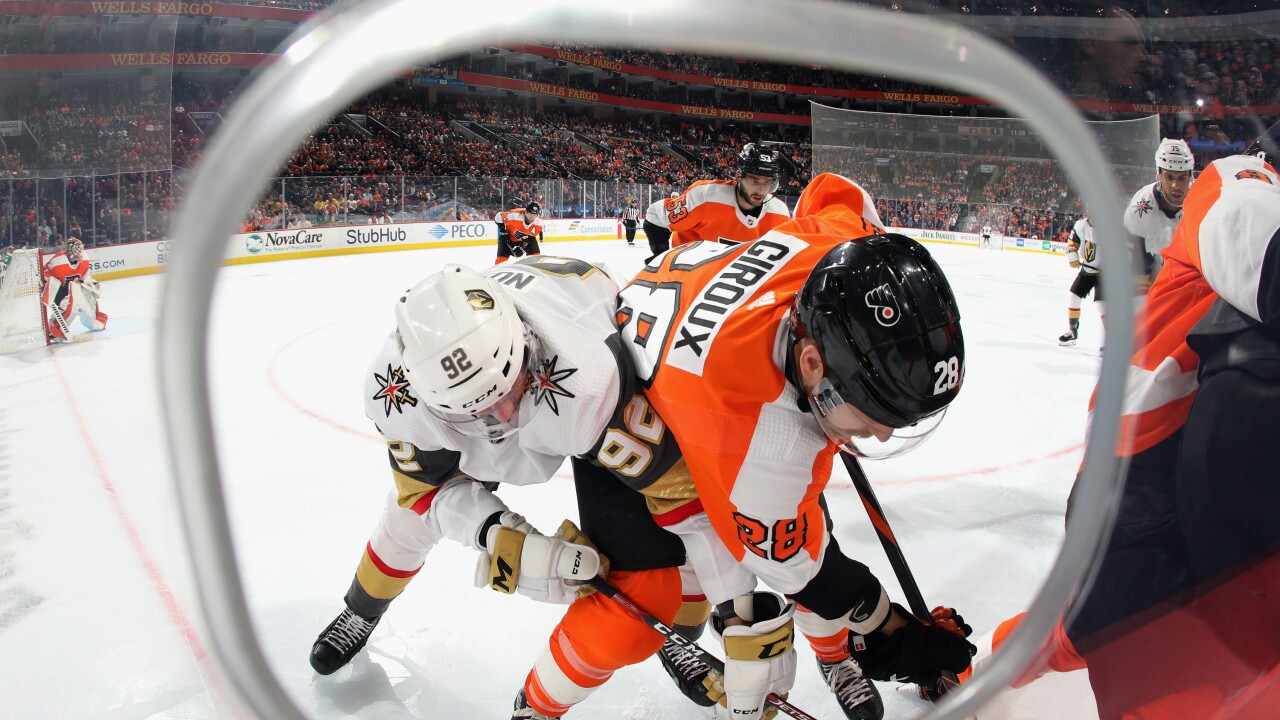 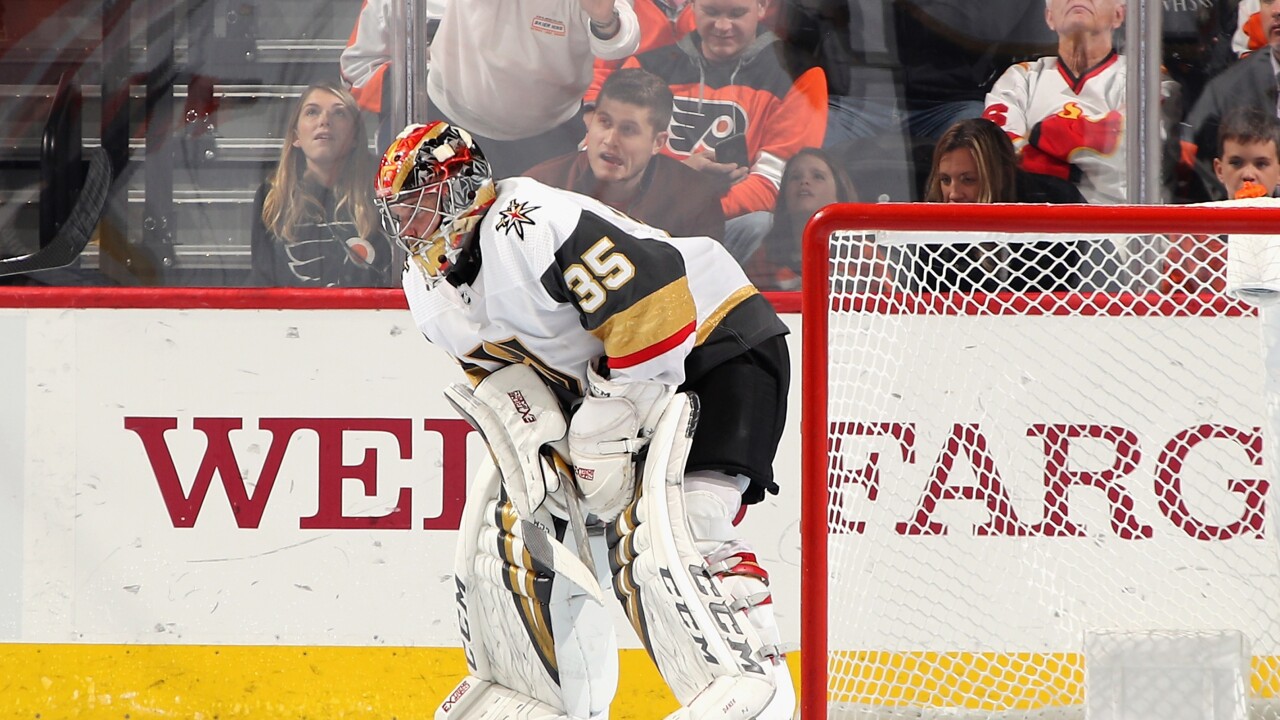 PHILADELPHIA (AP) — Kevin Hayes, Michael Raffl, Matt Niskanen and Oskar Lindblom all scored in the second period to lead the Philadelphia Flyers to a 6-2 win over the Vegas Golden Knights on Monday night.

The Flyers snapped a four-game losing streak in front of a tepid crowd that has grown accustomed to a franchise off to another slow start. Of late, the Flyers lost seven of eight to open 2013, went 0-2-2 to start 2014, and went 4-7 last season that led to a housecleaning in the front office and on the bench. It was more of the same this season, with the Flyers standing at 2-3-1 after a rugged trip where they played four of the first five games in four time zones.

There was no need for concern against Vegas.

Travis Konecny scored a power-play goal just 4:15 into the game for the Flyers, and they took off from there, an appetizer for what would be the Flyers first four-goal period since March 15, 2019 against Toronto. Raffl added his second of the night late in the third.

Brian Elliott had 33 saves for the Flyers, 25 straight through the first two periods when they played more like an Eastern Conference contender than the one that entered buried near the bottom of the standings.

The Flyers had scored only 15 goals through the first six games but caught a break when Marc-Andre Fleury was given a night off with Vegas on the front end of a back-to-back. He started nine games this season -- and one game with Oscar Dansk in net showed why Fleury rarely gets a game off.

RELATED: Nominate someone in need for 13 Days and Knights of Giving

Carter Hart also got the night off for the Flyers, leaving a hopeful matchup of one of the best goalies in the league vs. one of the expected future stars off the board. The kids in the $25 standing-room-only section in Hart jerseys had to cheer on an offensive outburst instead from their obstructed sightlines.

Hayes and Raffl scored only 44 seconds apart in the second to blow the game open. Niskanen added a power-play goal and Lindblom's fourth goal of the season came off a give-and-go with Raffl to make it 5-0.

The Flyers scored four goals in each of the first two games of the season, then scored only five over the last three.

The Knights tacked on goals from Jonathan Marchessault and Reilly Smith in the third and lost for just the second time in six games. Any shot of a sensational comeback was snuffed when Raffl scored on a breakaway to make it 6-1.

UP NEXT: Vegas Golden Knight take on the Chicago Blackhawks Oct. 22 at 5:30 p.m. The team says Fleury should be back in the lineup Tuesday night at Chicago.

NEXT HOME GAME: Vegas Golden Knight take on the Colorado Avalanche on Oct. 25 at 3 p.m. at T-Mobile Arena.