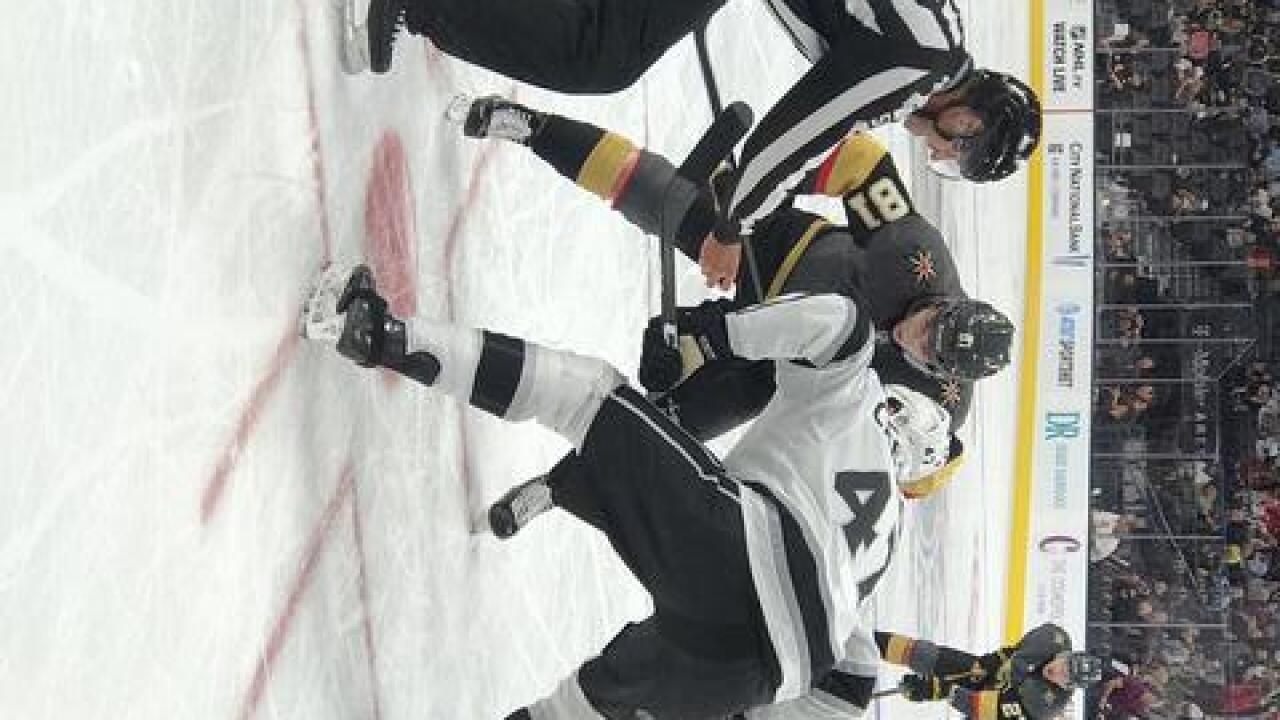 The Golden Knights scored first, but lost 12 seconds into overtime when the Los Angeles Kings scored to seal the win in the Knights first home preseason game.

The Golden Knights announced attendance at the game was 17,101.

PREVIOUS STORY: The Vegas Golden Knights are playing their first pre-season game at home on Sept. 26 at the T-Mobile Arena. They will be facing the Los Angeles Kings.

And we are off. @GoldenKnights 1st home game underway. @KTNV

Officials say that they expect traffic to be heavy along the routes to the T-Mobile Arena.

Click here to read more about traffic and parking.