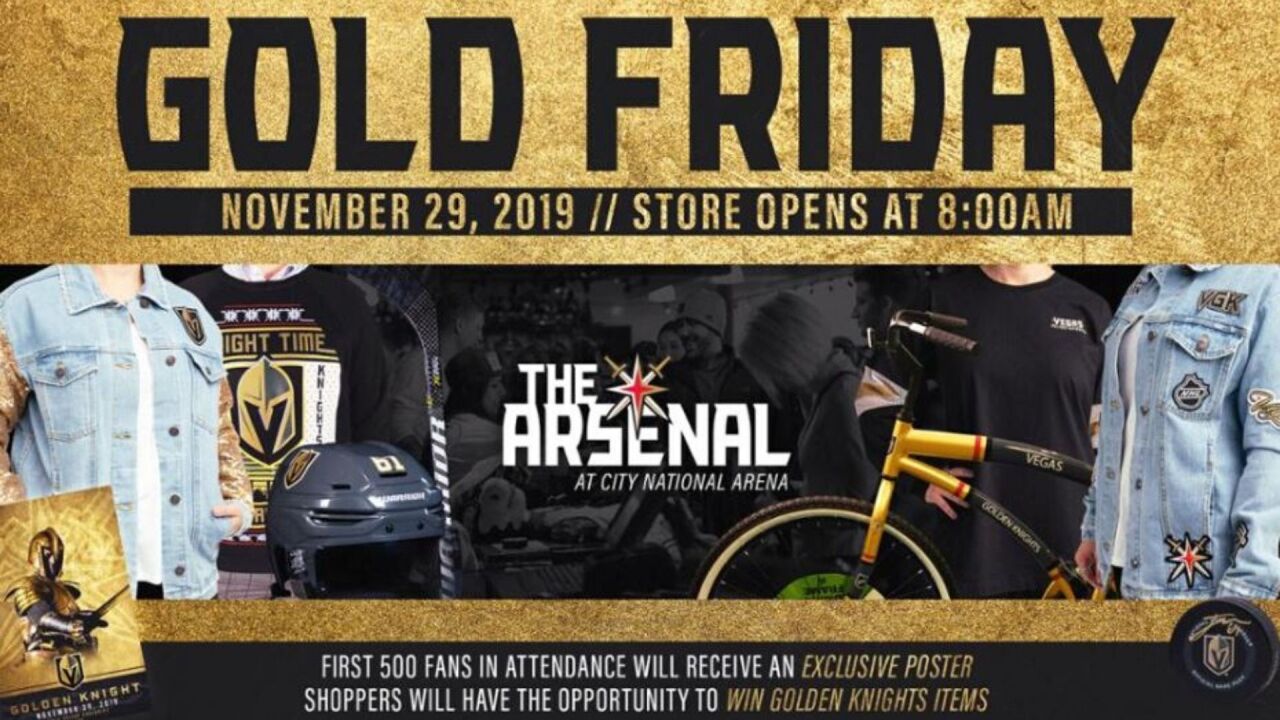 Team representatives announced this week that VGK it will offer various retail specials and deals during the event slated to run 12 hours on Nov. 29.

Gold Friday deals will be available at The Arsenal at City National Arena, The Armory at T-Mobile Arena, and online starting at 8 a.m.

An exclusive set of Smith’s player patches will also be for sale, as well as limited-edition, individually numbered Marc-Andre Fleury posters commemorating his spectacular save made against the Toronto Maple Leafs on Nov. 19. A total of 450 posters will be available, in celebration of Fleury's 450 win milestone.

Any fans arriving in vehicles with Vegas Born license plates will have access to priority parking at City National Arena, and members of the VGK broadcast team will be assisting shoppers as guest Arsenal employees.

Guests can also enjoy complimentary coffee and hot chocolate from 8 a.m. to 11 a.m.

On the Strip, The Armory at T-Mobile Arena will expand into Toshiba Plaza and offer men's, women's, and youth apparel that includes accessories, headwear, and holiday items.

The Armory will also debut VGK Customs – an activation where fans can design their own t-shirt, sweatshirt, or denim jacket.

Gold Friday runs from 8 a.m. to 8 p.m., and game-used equipment along with memorabilia will be available that includes warmup jerseys from the team's Nevada Day, Hockey Fights Cancer, Día de Muertos, and Military themed games.

Looking ahead to Cyber Monday on Dec. 2, fans will be able to receive free shipping with the purchase of a VGK Worldwide kit. Fans can visit the online store and use the CYBERMONDAY code at checkout.