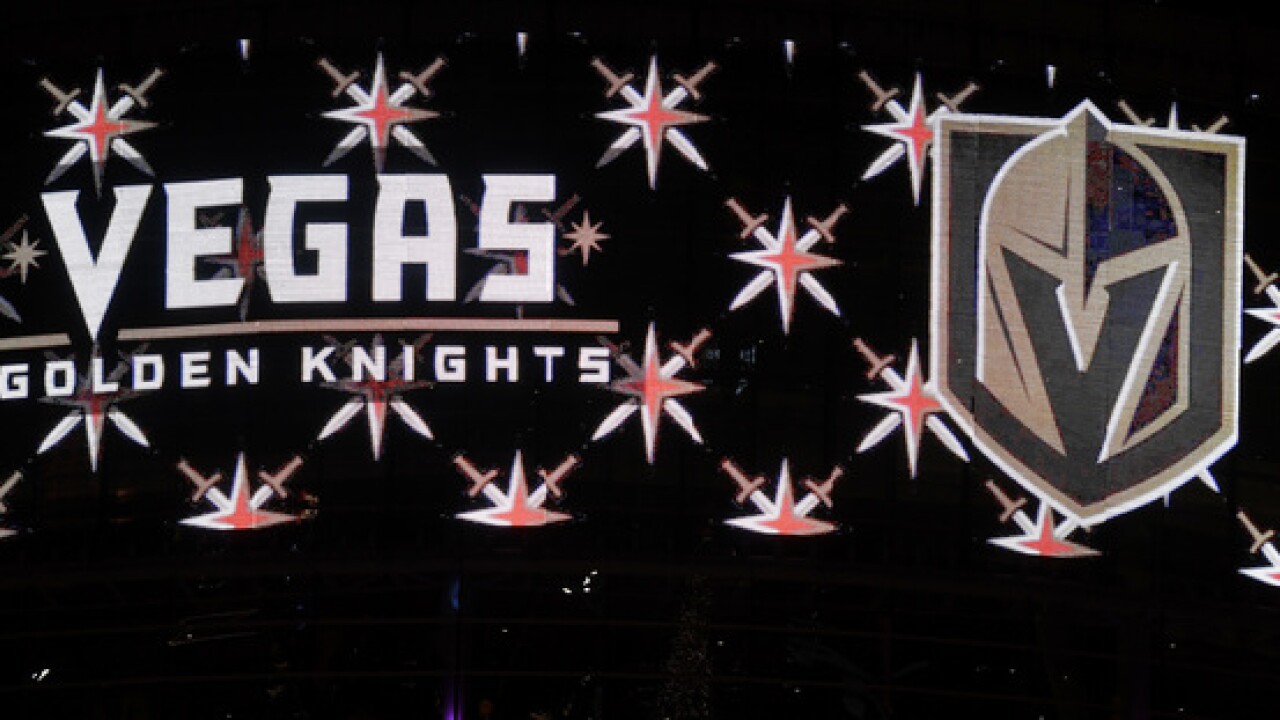 Copyright 2017 Scripps Media, Inc. All rights reserved. This material may not be published, broadcast, rewritten, or redistributed.
Ethan Miller/Getty Images
<p>LAS VEGAS, NV - NOVEMBER 22: The team name and logo for the Vegas Golden Knights are displayed on T-Mobile Arena's video mesh wall after being announced as the name for the Las Vegas NHL franchise at T-Mobile Arena on November 22, 2016 in Las Vegas, Nevada. The team will begin play in the 2017-18 season. (Photo by Ethan Miller/Getty Images)</p>

You can watch a Stanley Cup rematch between the Vegas Golden Knights and the Washington Capitals on Wednesday.

There will be an official watch party at Topgolf Las Vegas. Puck drop is set for 5 p.m. in the first meeting between the two teams since the Stanley Cup Final.

Those in attendance will have the chance to win a variety of Vegas Golden Knights prizes. The event will feature special appearances by Chance, the Golden Aces, and the Golden Knight.

Fans will view the game on an 83-foot wide screen with stadium sound. Activities include corn hole, ping pong as well as table top shuffle board with on-site food and beverages. Golf bays and seating are available on a first come, first served basis.