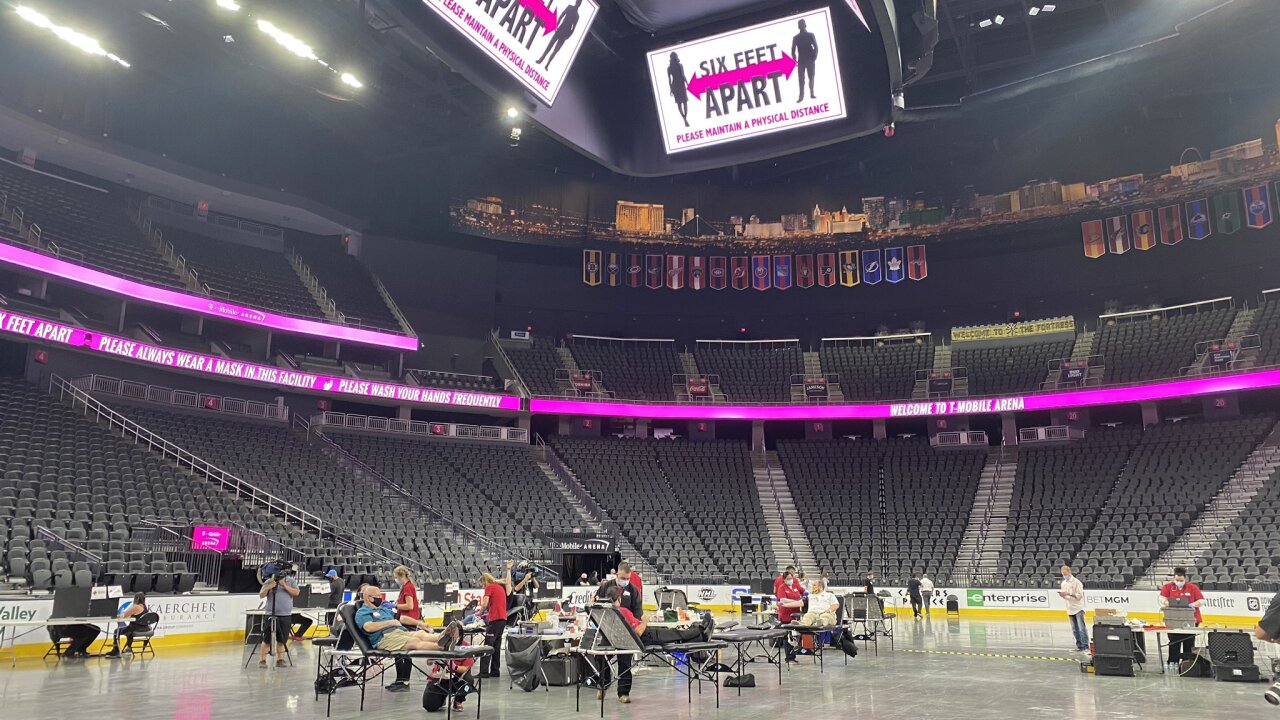 LAS VEGAS (KTNV) — Nine days after the 1 October shooting, Deryk Engelland stood in the middle of the ice at T-Mobile Arena and delivered a 58 second speech in which he made a promise to Las Vegas.

"To the families and friends of the victims, know that we'll do everything we can to help you and our city heal," Engelland said.

"Deryk, getting to know him over the last few years, he's pretty reserved," said Dave Goucher, VGK broadcaster. "Certainly you would not think he would be the person to stand in front of 18,000 people and give that speech but he nailed it."

A city in desperate need of hope, the team met the moment.

"Sports can help a little bit, heal," Goucher said. "Even if your other 22 hours of the day are not fun and you're dealing with incredible pain. Maybe for a couple of hours, the team and a game can be a bit of a diversion for you."

But what the Vegas Golden Knights managed to do on the ice in 2017 - making it all the way to the Stanley Cup Final - was only part of how they've served the community.

With time, money, and advocacy, the team has and continues to have a positive impact.

On Thursday, the Golden Knights are hosting a blood drive at T-Mobile Arena and players will deliver meals, flowers, and other gifts to police officers and firefighters across the valley.

"We already knew that the Vegas community is very giving but we were astonished that when about a week and a half ago we were working with the Golden Knights to open up this blood drive and it was booked solid within about two or three hours," said Jennifer Sparks, communications and marketing manager for the American Red Cross.

Sparks said partnerships like the one with the Golden Knights are critical to maintaining a stable blood supply. Even more so during a pandemic, which she said has forced the cancellation of drives and has been otherwise disruptive to the supply.

On this somber third anniversary, the Vegas Golden Knights are stepping up, ensuring our community is Vegas Stronger.

"I think that bond between team and community was forged by those horrendous events but I don't see that ever being broken," said Goucher.