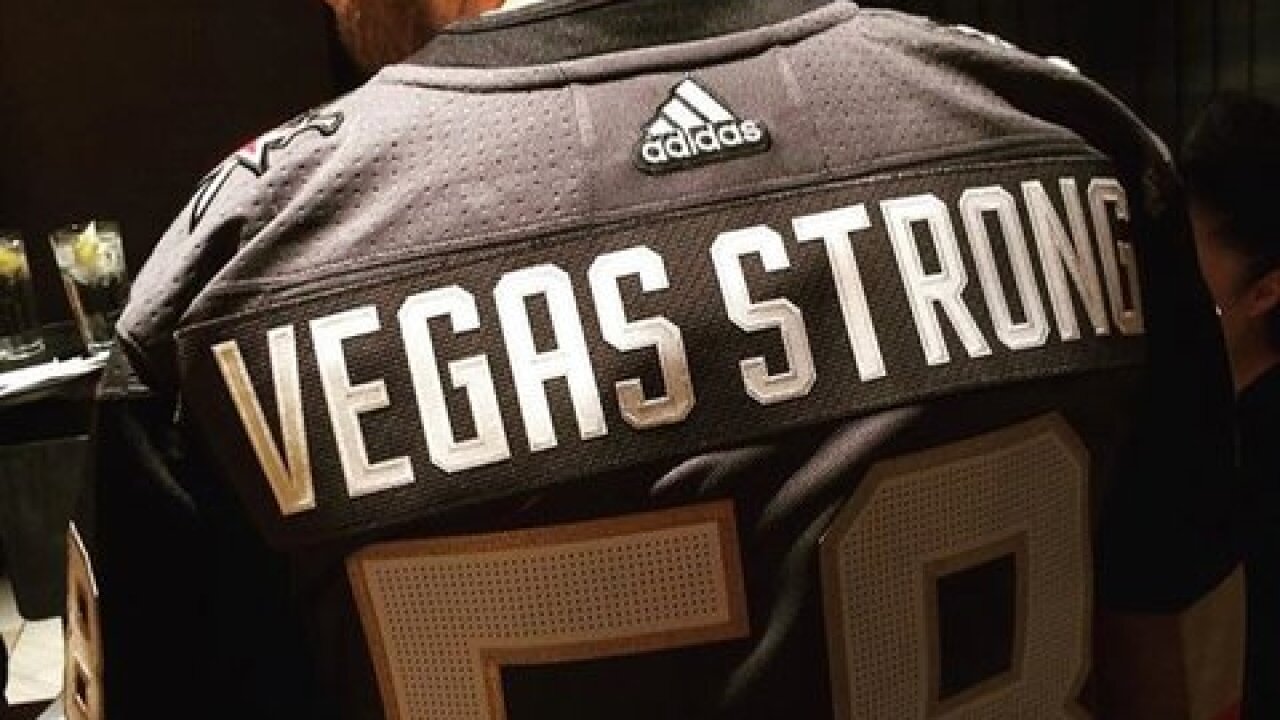 One Vegas Golden Knights fan has decided to take #VegasStrong to another level before the hockey team's inaugural regular season game.

Holmes Pooser had a custom Golden Knights hockey sweater made in honor of the 58 victims that lost their lives during the Route 91 mass shooting on Oct. 1.

Pooser's jersey read "Vegas Strong" where the name would usually go and the number 58. The jersey has gained a lot of popularity since he posted the photo on Oct. 5.

He hopes that the Golden Knights take notice and honor the victims as well.

"I’d really like the team to retire and honor the number with a banner in the arena and for people to continue to support our families working at the many strip resorts," said Pooser.

Only time will tell what will become of Pooser's request but for now it stands as yet another symbol of the empathy shown by the Las Vegas community after such a terrible tragedy.