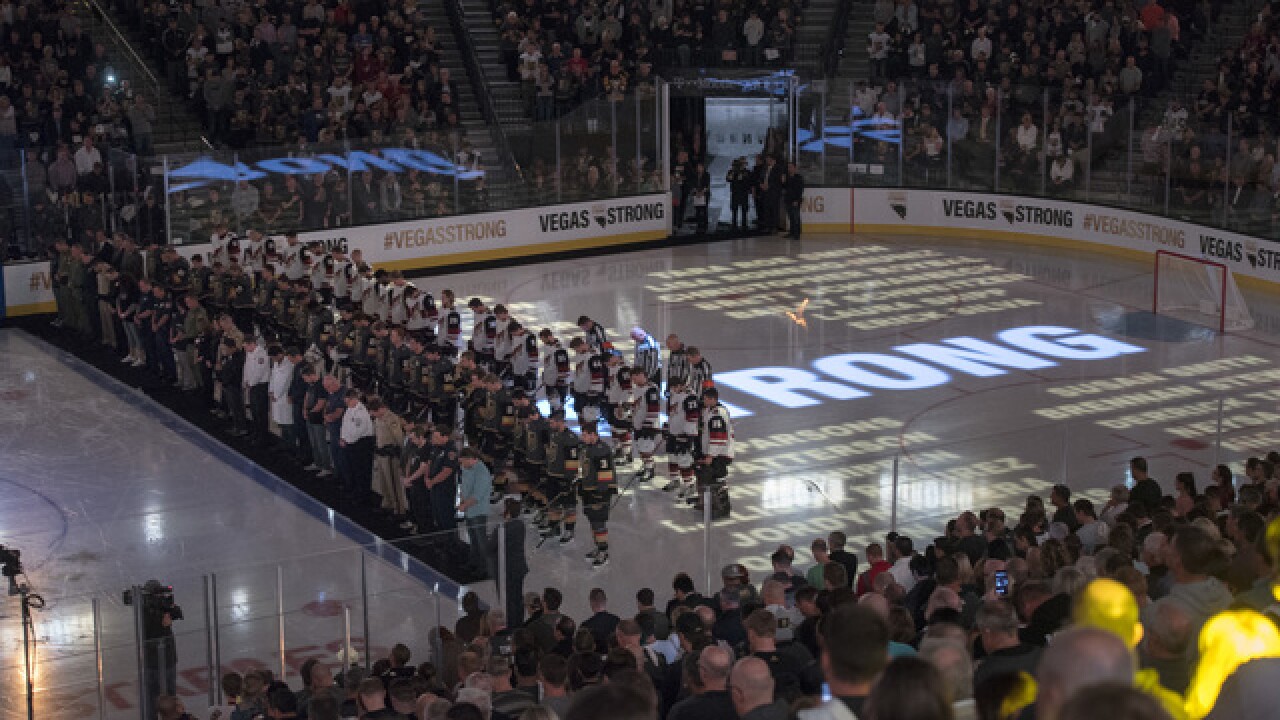 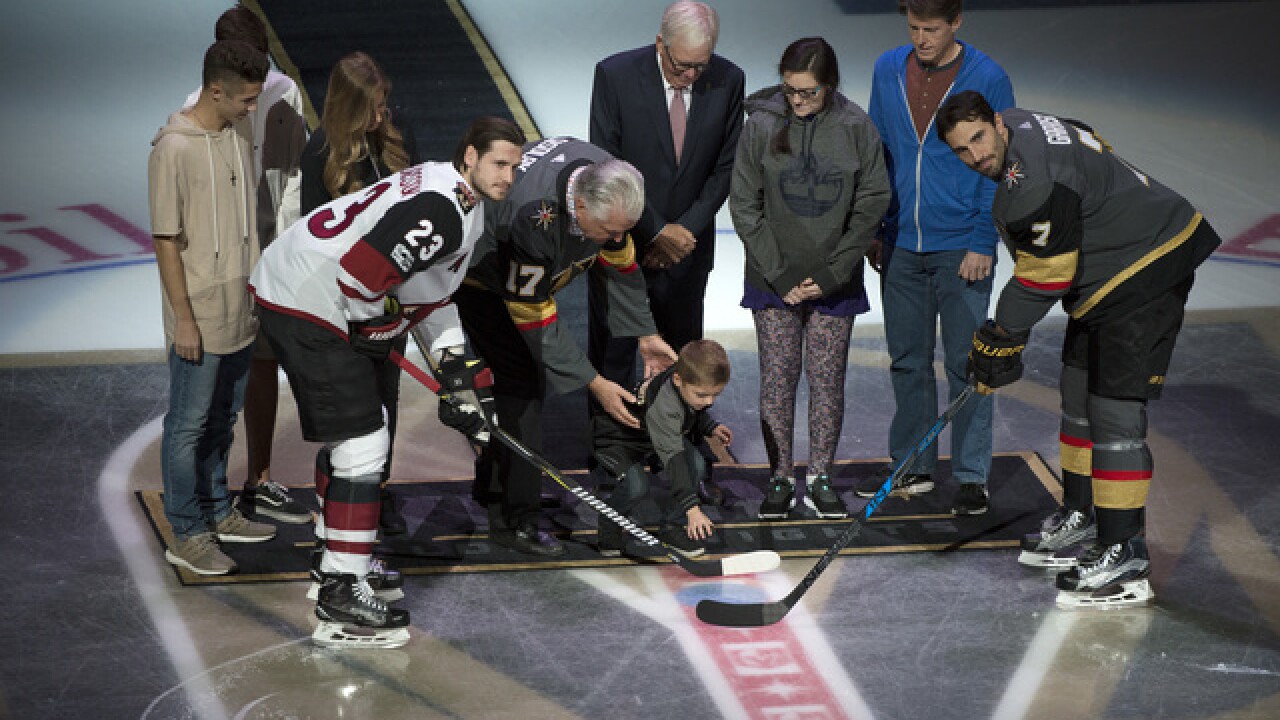 Las Vegas sports had a lot to cheer for as the Vegas Golden Knights took the ice for their first official home game.

This as the team scored four goals in the first period on the way to a 5-2 win over the Arizona Coyotes.

With the victory the Golden Knights became the first expansion team in NHL history to start their inaugural season with three wins.

Those who call Las Vegas home say the chance to enjoy something at home was welcome.

"You look to things to elevate your spirit so you can escape a little bit," Cliff Schechter said.

Schechter said he and his wife got to the game early so they wouldn't miss the pregame ceremonies where the Golden Knights remember the 58 killed in the 1 October attack and the doctors, nurses and first responders who helped save those injured.

The ceremony included more than a dozen of the heroes being brought out on the ice with the players.

It also included videos featuring the #VegasStrong message, followed by 58 seconds of silence as the names of those killed in the attack were projected onto the ice.